Home
»
Personal Essays
»
Fearing Exile, Like My Family Before Me 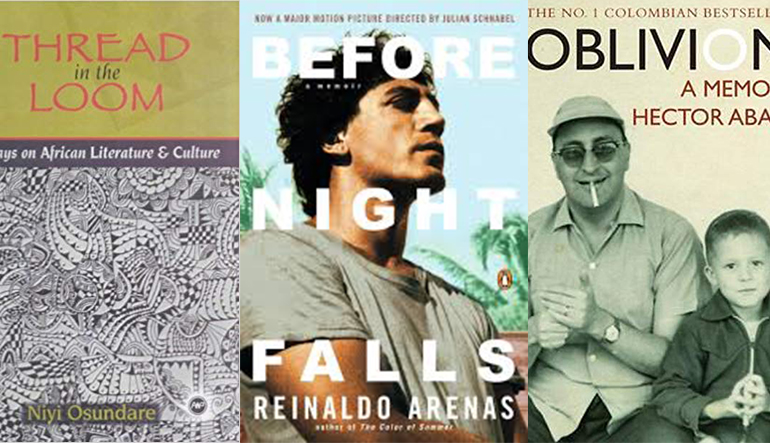 Three years ago, I was thrown out of a Trump rally in New Orleans. I was not trying to get kicked out. A friend got circled by police officers, stared at by supporters. He protested. The crowd enclosed on him and his group. I jumped in. As the police officers wrangled me, our current president said, “I can’t believe in Louisiana it takes this long. That’s not good for your reputation, I have to tell you…In the old days, it wouldn’t take so long folks.” People yelled: “Go back to your own country,” “Get a job,” “Learn English.” As an officer steered me towards the door, the rally engulfed the exit. For a moment, I wondered if I’d get out.

On restless nights, I catch myself sipping on rum, lighting a cigarillo, writing, thinking about the rally, thinking about home. It reminds me of Sunday evenings back in Miami, the family all together, drinking, the sun slowly hiding behind the horizon. The bottles of wine acting like an hour glass. Stories of exile slipping out of my father, out of mis abuelos. The stories of the pain of being uprooted, never returning back to their home. Of feeling the tenderness of a wound that will never heal into a scar. In Before Night Falls, Reinaldo Arenas perfectly describes it: “The exile is a person who, having lost a loved one, keeps searching for the face he loves in every new face and, forever deceiving himself, thinks he has found it.”

That quote frightens me. Could I be exiled from this country, the country I was born in? It’s the kind of thing that makes you laugh at yourself when you say it, think it. But then I wonder: Did my father know he was going to be exiled as a child? How about mis abuelos? Did they see it coming? Did they know they would never see their home again? Is this just a generational fear, some chosen trauma? Did I ever think that the president of the United States would stoke violence against me? Could I actually get exiled from my home?

When I first started writing, I told myself I’d write about things that mattered. I wanted to write about Cuba and where I grew up. I was born in this country because both sides of my family were exiled from their home.  My family left Cuba due to censorship and the inability to speak one’s mind. Due to threats of violence against my father’s father. I told myself whenever I witnessed oppression, I had to write about it. That I had to use my privilege to help those less fortunate than me. Por la raza. But I still caught myself up late at night from time to time, wondering if I could really get exiled.

Growing up, I liked reading all the writers who confronted their government. Who challenged their government in better ways than the viejitos who yelled in front of ventanitas on Miami mornings. Reinaldo Arenas: exiled from the same island my family was. Gabriel Garcia Marquez and Pablo Neruda and Isabelle Allende: all exiled with similar politics as myself. Eduardo Galeano: went from country to country like mi abuelo. Edwidge Danticat: a child migrant like my father.

After the election, I often read Borges’s essay “A Comment on August 23, 1944.” In it, he recounts a man in Argentina who walked into a bar and celebrated the Nazi’s victory in Paris. Borges remembers seeing the man:

Standing in the doorway, he announced the dreadful news: the Nazi armies had occupied Paris. I felt a confusion of sadness, disgust, malaise. Then it occurred to me that his insolent joy did not explain the stentorian voice or the abrupt proclamation. He added that the German troops would soon be in London. Any opposition was useless, nothing could prevent their victory. That was when I knew that he, too, was terrified.

I think of the fear that led to votes for Trump. I think of how my own fear can’t own me. My father called me the morning after the election. He told me how he wanted to kick down doors, rip into everyone who was fool enough or fearful enough to vote for the now-president. My father followed the chest pounding bravado with solemn thought: would he be exiled in his 70s like his father was? I tried to steady my voice. I told him that abuelo left home because it wasn’t safe for his son. I wondered if I ever got exiled, if it would force my father to leave this country too. I wondered it that would happen to us. I left that unsaid.

In Thread in the Loom: Essays on African Literature and Culture, Niyi Osundare talks about the threats of violence he received in his native Nigeria. Osundare writes how one would be a fool to ignore threats of that sort to your person. I think about that often. Would I be a fool to listen to everything said and echoed by our leaders, or a fool not to?

When Alton Sterling was shot by the Baton Rouge Police Department in 2016, there were protests going on all weekend. I decided I’d go to the protests on Sunday and write about them. The night before I went, I ran into a friend. I showed her the Twitter videos of the protests that had already happened. I showed her videos of the heavily armed police force. She said that in covering the protests, I must “want to get arrested.” Which reminded me of all the people who called me crazy for going to a Trump rally. Crazy for going to a rally of one of the potential leaders of this country. If exiled, would I be stripped of my narrative this way? Be called crazy? Labeled as wanting to be exiled?

In Oblivion, Hector Abad wrote about an old Colombian exile he knew. How the man was driven to madness while living in Spain, since he’d get glasses of wine instead of coffee when he’d order “un tinto.” How he missed the sing song “a la orden” any time a Colombian waitress brushed past him. I wonder if part of the horror of exile is missing the things from your home that you didn’t know would eat at you. I wonder what weak coffee and greetings from my home would haunt me.

In Before Night Falls, Arenas wrote, “I have realized that an exile has no place anywhere, because there is no place, because the place where we started to dream, where we discovered the natural world around us, read our first book, loved for the first time, is always the world of our dreams.” I think of how mi abuela felt so uncomfortable during one beach trip we took, just a couple hours north of Miami, when her accent confirmed what her skin had already betrayed to those who did not welcome her. How gringos turned my father’s last name into a four-letter word they could pronounce. Roma. I think of all the tweets I got after the article I wrote on my experience at the Trump rally came out. Tweets that called me different variations of a coward for not fighting off the physical restraints. All the people who commented on my article, who questioned the validity of the protest, of the piece, because I hadn’t gone far enough. Questioning my manhood, my humanity, ’cause I didn’t go far enough. How far would I have to go, to be valid for them? How far could I go, before I couldn’t go back?

I wonder if I will bend to my fear with all of these thoughts of exile. I think of how a mental fear is far greater than a physical one. I think of deals that could be made with the devil, punches that could be pulled. I think of what the price would be for me to self-censor, to not upset those who can threaten me to exile. I think of the film Spotlight, when Michael Keaton says, “This is how it happens, isn’t it Pete? Guy leans on a guy. And suddenly the whole town looks the other way.”

I go back to their words. I go back to the words of my heroes. I read and write and enjoy my coffee and exchanges into oblivion. I think of Arenas’ “I scream, therefore I exist.” I think of Pablo Neruda’s “Keeping Quiet”: “Now we will count to twelve and we will all be still.” I think of these lines, and commit them to memory. I memorize them, to make them as real as possible. For I have no idea how real, the threats of others are. And I have no idea, how real the roots of this home are.