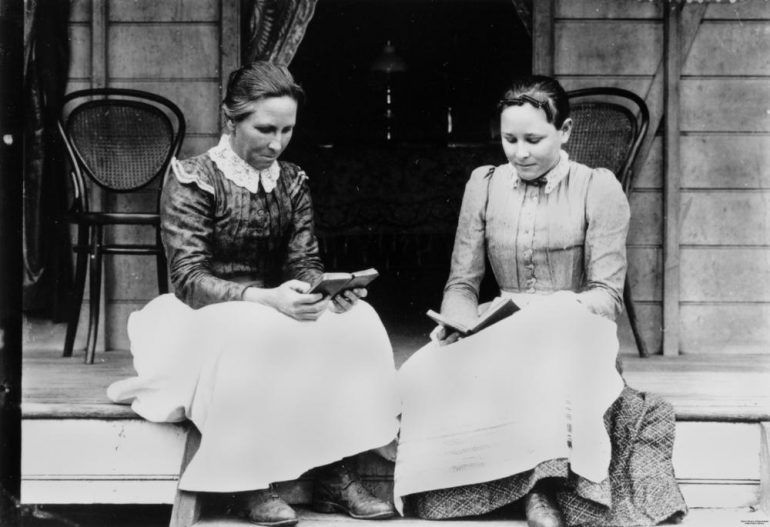 I came across Tillie Olsen’s name while reading a piece on writer’s block for a class that I’m teaching. The author, Matthew Cheney, was using Olsen as an example of a kind of writer’s block we don’t typically think of, one where the writer’s life circumstances keep them from being able to write. Though Tillie Olsen (1912-2007) published very little in her lifetime, her body of work had a great impact on the women’s movement of the 1960s and ‘70s. She was a champion of underrepresented writers. Olsen’s book, Silences, became a classic feminist text, and her works of fiction were met with critical acclaim.

Silences, published in 1978, still has overwhelming contemporary significance. Every concern Olsen voices in this collection of essays is still alive today. In Olsen’s own words, what drove her work as a writer was the notion that “class—economic circumstance—and color, those other traditional silencers of humanity, can be relevant only in the special ways that they affect the half of their numbers who are women.”

Olsen includes a chapter in Silences called “One out of Twelve: Writers Who are Women in our Century”. The piece examines the barriers in women’s lives that leave their representation in literature a meager eight percent of the whole. Olsen focuses here mostly on the reinforced expectations of women as “wives, mothers, enablers.” She says “Almost no mothers—as almost no part-time, part-self persons—have created enduring literature . . . so far.” Later Olsen writes, “In the last century, of the women whose achievements endure for us in one way or another,—nearly all never married . . . or married late.” and, “I can think of four who married and had children as young women.—All had servants.”

Olsen was born to Russian Jewish immigrants in Nebraska. Though she started writing early in life, Olsen dropped out of school at fifteen to join the workforce. She had four children. In Silences, she notes her lack of access to time and resources as the main reason that she entered the published world so late in life. At nineteen, Olsen had a contract for a novel with Random House, which she soon had to abandon. Her first book, a collection of short stories called Tell Me a Riddle, came out in 1961, when she was forty-nine. The novel she left unfinished in 1931 was completed decades later and published in 1974.

In “One out of Twelve: Writers Who are Women in our Century,” Olsen compiled and compared numbers in the same way VIDA, the non-profit feminist organization whose mission includes transparency and gender parity in the literary landscape, does today. The numbers of works by women represented in literary publishing today are only slightly better they were when Olsen ran the numbers, forty years ago. Either Olsen was ahead of her time in her thinking, which we now call “intersectionality”—the idea that class, color, and gender all play a part in our access to power, human rights, education, and individual freedom—or it has taken us this long to form a larger discussion about it.

Like so many women right now, I am disappointed in the distance we haven’t come. What did the women’s movement accomplish for literature, and what does feminism mean today, as we ride another wave of it? Vivian Gornick, as I can depend on her to do, offered me a dose of realist consolation. In an interview in The Believer from March 2014, Gornick says, “Most people my age—we never called ourselves liberated women. We knew we were not and were never going to be liberated. But we knew what liberation was. It was to feel centered in yourself. To feel you were the agent of your life—you were not sitting by the telephone waiting for something to happen. You were acting.” And on the idea of feminism itself, Gornick had this to offer, “Feminism gave me a way to see myself in culture, in society, in history, and that was very important.”

It’s easy today to find examples of women who write that their experience of feminism, or even simply the basic ideas behind it, have left them with at best some kind of voice, and at worst, a misrepresented notion of identity that furthers the idea of woman as other, outside the access to the power that the term was born to challenge. The arguments about what feminism is and isn’t, and who wants or can’t have the label for themselves, are obscuring the tasks at hand.

What I mean is, Olsen’s words are echoes reverberating against the same walls. I’d like to walk through a world where the women around me, working class women, immigrants, women of color, mothers, and wives, have voices like the one Tillie Olsen finally got, or the one Vivian Gornick has, or the voice of Roxanne Gay in Bad Feminist.

I would be remiss not to mention Jessa Crispin, creator of Bookslut, and her dialogue of feminism and the publishing industry. In an interview with The Rumpus in March 2016 Crispin says “. . . we get all the books and all the catalogs, and season after season of major publishers, there’s eighty percent men and twenty percent women.”