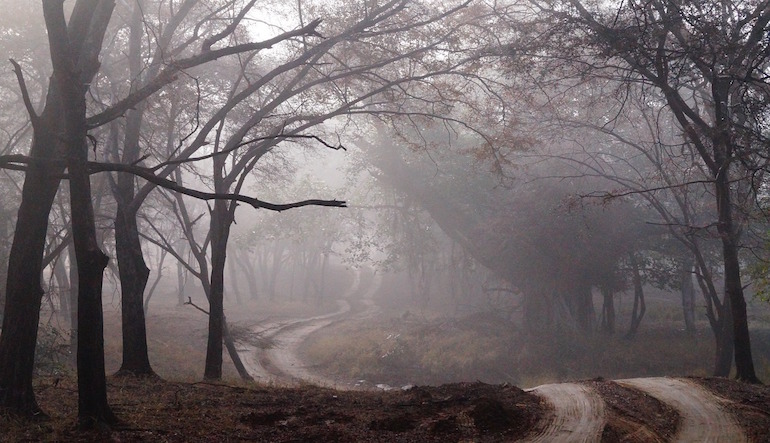 Flannery O’Connor’s masterpiece “A Good Man is Hard to Find” was initially published in 1953. Almost a half-century later, Alice Munro wrote “Save the Reaper,” a story first published in The New Yorker and then included in her collection The Love of a Good Woman. Munro has spoken about her debt to American writers from the South, including O’Connor, and we can clearly see how “Save the Reaper” is responding to O’Connor’s story by touching on similar themes and even moments, and yet spinning off from the original in true Munro fashion.

As in “A Good Man is Hard to Find,” a grandmother is on a road trip with her family. But in Munro’s version, the grandmother—Eve—is the one driving the car with her two small grandchildren. Her daughter, Sophie, has gone off to collect her husband from the airport. O’Connor’s story famously begins: “The grandmother didn’t want to go to Florida”; it takes a page or so before the family is in the car. With Munro, the story starts with the family already on the road:

The game they played was almost the same one that Eve had played with Sophie, on long dull car trips when Sophie was a little girl. Then it was spies—now it was aliens. Sophie’s children, Philip and Daisy, were sitting in the backseat. Daisy was barely three and could not understand what was going on. Philip was seven, and in control.

As is often the case with Munro, the entry into a story is abrupt and immersive; we often find ourselves scrambling to understand who the characters are and in what situation they find themselves. In a journey story such as this, it makes sense that the movement of the story is already underway, that we are joining the story after it has begun to unfold.

We quickly leave the present moment in the car, however, and much of the first half of the story is concerned with the relationship between Eve and Sophie, both now and in the past. Eve is disappointed that Sophie’s husband is arriving and that the family is leaving before their scheduled departure; the flashbacks, combined with the deep interiority, allow Munro to create a rich portrait of Eve. At the midpoint of the story, however, we return to the car and pick up O’Connor’s path.

In both stories, it is the memory of a journey taken long ago that triggers the decision to leave the road and head down an unknown driveway. In O’Connor’s story, the grandmother recalls “an old plantation that she had visited in this neighborhood once when she was a young lady.” She persuades her son to turn off the road in Georgia by concocting a story about the house in a way that she knows will interest the grandchildren: “‘There was a secret panel in this house,” she said craftily, not telling the truth but wishing that she were, ‘and the story went that all the family silver was hidden in it when Sherman came through but it was never found…’”

Munro uses the gateposts at the end of the driveway to trigger Eve’s memory:

They were unusual, being shaped something like crude minarets and decorated with whitewashed pebbles and bits of colored glass…The minute she saw them Eve remembered something else—a whitewashed outdoor wall in which there were pictures set.

The pictures on the wall are described in detail, full of color and shape, using words of a child; they are not described in the way that an adult might reframe a memory, or might create a fantasy, but rather the descriptions plug into the child that Eve once was:

The pictures were stiff, fantastic, childish scenes. Churches with spires, castles with towers, square houses with square, lopsided, yellow windows. Triangular Christmas trees and tropical-colored birds half as big as the trees, a fat horse with dinky legs and burning red eyes, curly blue rivers, like lengths of ribbon, a moon and drunken stars and fat sunflowers nodding over the roofs of houses.

Because the memories are the key to both stories, and because Munro is responding to O’Connor, the decision to use language in this way is critical to her response. This subtle use of the descriptive language persuades us of the truth of this memory. We already know that the grandmother in O’Connor’s story is making things up. O’Connor also lets us know, just before the car accident that sets the rest of the story in motion, that something is off with the grandmother’s thinking, as “a horrible thought came to her.” After the description of the accident, we learn that “the horrible thought that she had had before the accident was that the house she had remembered so vividly was not in Georgia but in Tennessee.” The inciting reason for why the family ends up where they do, then, is false.

Munro, having locked us into Eve’s point-of-view, never lets Eve’s memory be dissolved so completely. She does introduce doubt, however. When they get up to the house, Eve thinks “She had come to the wrong place. She had no memory of this house. There was no wall around mown grass.” Eve and the children then follow a man into a house which is filled with other men, drinking and playing cards. After some conversation, they escape, and we breathe a sigh of relief. There is tension built up here, certainly, but reading the story through the lens of the O’Connor story means that we are waiting for a similar outcome, one in which the entire family is harmed. Here, too, Munro is playing with our expectations. Instead, as the family is driving away, one of the men climbs into the car. The man turns out to be a girl. So Eve’s fallibility exists in her perception of the present, then, not necessarily in a misremembering of the past.

Just after they’ve returned to the car, though, before the girl gets in, Eve sees “some fragment of a wall, to which bits of whitewash still clung. She thought she could see pieces of glass embedded there, glinting.” Later, when she’s telling her daughter Sophie about their day, she admits that she might have gone to the wrong place and doesn’t tell her about seeing the piece of the wall. But those glass bits are the memories that she’s stored away, the connections between the past, the present and the future. Eve thinks about her grandson and how he is processing the day’s events: “…he had begun the private work of storing and secreting, deciding on his own what should be preserved and how, and what these things were going to mean to him, in his unknown future.”

Tags:A Good Man Is Hard to Find, Alice Munro, Fiction Responding to Fiction, Flannery O'Connor, Save the Reaper, The Love of a Good Woman