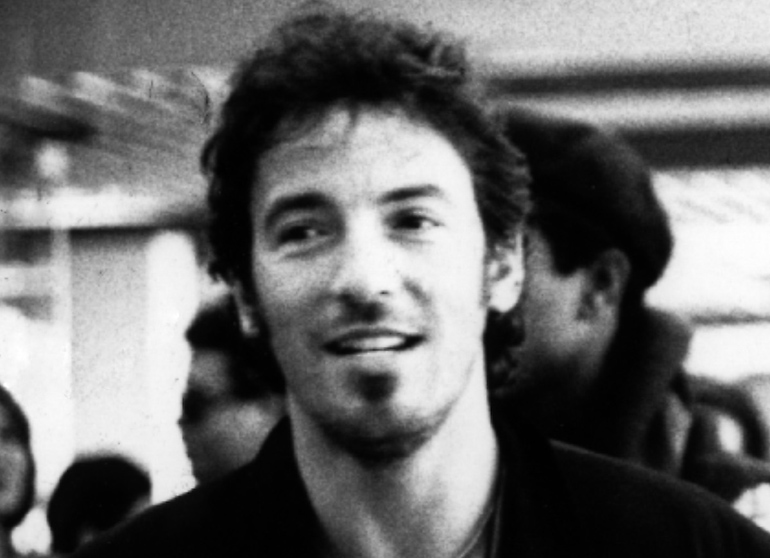 Bruce Springsteen often tells stories in his songs which investigate the human condition, the lyrics following a narrative arc with a clear beginning, middle and end. It is therefore not surprising that fiction is one of the places where he finds inspiration. In a fascinating interview with Will Percy, Walker Percy’s nephew, Springsteen talks at length about a number of his literary influences, with a special emphasis on the work of Flannery O’Connor.

Springsteen discusses the impact that reading O’Connor had on his work when he was developing his craft:

The really important reading that I did began in my late twenties, with authors like Flannery O’Connor. There was something in those stories of hers that I felt captured a certain part of the American character that I was interested in writing about. They were a big, big revelation. She got to the heart of some part of meanness that she never spelled out, because if she spelled it out you wouldn’t be getting it. It was always at the core of every one of her stories—the way that she’d left that hole there, that hole that’s inside of everybody.

We can see this influence reflected in the stories that are told on the album Nebraska, which came out in 1982, when Springsteen was 33. Perhaps it is not a coincidence that Springsteen, who was raised Catholic but left the church in his teens, was in his so-called “Jesus year” when he focused more intently on the forces of good and evil in his lyrics; O’Connor sees the world through a Catholic lens. In Mystery and Manners, O’Connor’s collection of essays on writing, she discusses the importance of a single gesture by a character which points to the heart of a story: “The action or gesture I’m talking about would have to be on the anagogical level, that is, the level which has to do with the Divine life and our participation in it.” On Springsteen’s website, the album is described as “a raw, haunted acoustic record populated by lost souls searching not for salvation through music but simply a reason to believe.”

In the title song, based on the true story of Charles Starkweather and his girlfriend in 1958, violence erupts in the second line, sharply juxtaposed against the innocence of the first: “I saw her standin’ on her front lawn just twirlin’ her baton / Me and her went for a ride sir and ten innocent people died.” The song, which was also influenced by Badlands, Terrence Malick’s film about Starkweather, ends with a stanza that is clearly reminiscent of “A Good Man is Hard to Find”:

Toward the end of O’Connor’s story—which you can listen to her read here—The Misfit, an escaped convict, says, “No pleasure but meanness,” just before the grandmother has her moment of grace, the moment when she sees The Misfit as one of her own. Once read through this lens, it also seems as though there’s a connection between the word “unfit” that the narrator uses to describe himself in Springsteen’s song and the self-declared name of “The Misfit” in O’Connor’s story.

Two other songs on Nebraska, “The Mansion on the Hill” and “My Father’s House,” seem to reference the house down the dirt road that the grandmother erroneously leads her family towards in “A Good Man is Hard to Find.” She tempts the children by referring to a secret panel where the silver was kept and then later describes, “the beautiful glass over the front doorway and the candle-lamp in the hall.” In “My Father’s House,” the adult speaker is dreaming of heading home to the father’s house, “to that house I did ride from out on the road, I could see its windows / shining in light.” The grandmother wanted to visit relatives in Tennessee, not head to Florida, and only after they follow the dirt road for quite aways does she realize that the house she is heading for is in Tennessee, not in Georgia. The car flips over, and the family is stranded in a forest of pine trees:

Behind the ditch they were sitting in there were more woods, tall and dark and deep. In a few minutes they saw a car some distance away on top of a hill, coming slowly as if the occupants were watching them.

Instead of seeing a mansion on the hill, the family looks up to see The Misfit and his companion. Both of Springsteen’s songs are written in the first person with the speaker referring to a father. The connections between parent and child, and between Jesus and his followers, run throughout O’Connor’s story.

The most direct connection to “A Good Man is Hard to Find” is in Springsteen’s “A Good Man is Hard to Find (Pittsburgh),” which, while originally recorded in 1982 and written about the Vietnam War, did not appear on an album until Tracks in 1998. The title serves as a refrain in the song, returning in each of the five stanzas. The protagonist is a single mother with a child, her husband dead or missing in Vietnam. Here, too, we see the connection between parent and child as the mother considers what she will need to tell her daughter about life: “She’s gonna have to tell about the meanness in this world / And how a good man is so hard to find.”