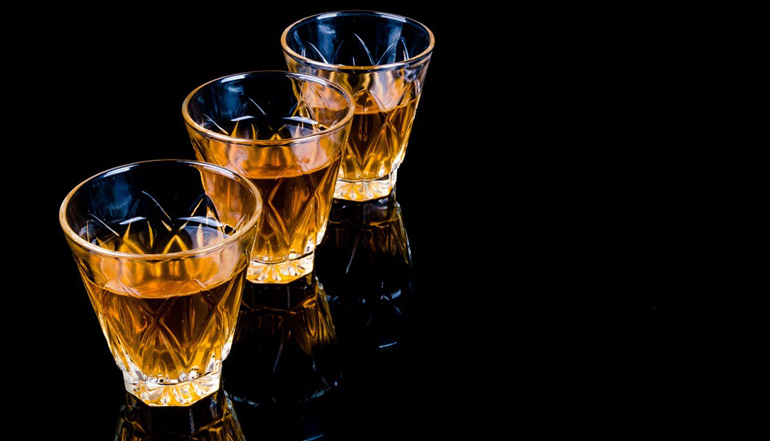 Raymond Carver’s “What We Talk About When We Talk About Love,” is the classic titular story in his collection published in 1981. The original story, entitled “Beginners,” was famously edited by Gordon Lish, and it is longer, containing more hope and introspection. You can hear Carver reading the edited version of “WWTAWWTAL,” and you can also hear him stumble a bit as he eliminates profanity for the air.

The story is one that has been responded to by artists working in various media. Nathan Englander’s story, “What We Talk About When We Talk About Anne Frank,” for example, responds directly, with a number of clear parallels, including the title. Birdman, Alejandro G. Iñárritu’s 2015 film, features a staging of the short story, and we hear the dialogue—which forms the essence of the story—throughout the movie.

Jonathan Durbin’s story, “Dad Thing,” published in 2015 in Electric Literature, pays homage to Carver’s story in more subtle ways. Bill, the first person narrator, visits his old friend Neal when home in Los Angeles to see his father, who is in the hospital. Durbin’s story, like Carver’s, takes place in real time, the story unfolding over the course of a lengthy conversation between friends. There’s constant drinking, too—scotch in Durbin, gin in Carver—and, although both stories are rooted in dialogue, much of what is said and meant lies beneath the surface of the texts.

Durbin uses dialogue beautifully to show us both what’s not being said as well as to teach us about the characters themselves. His use of the first-person narrator allows him to use more interiority than Carver, which in turn allows us to see the disconnect between the dialogue and the thoughts, between the words and their meaning. When Neal asks Bill about his father, Bill responds as follows:

I rubbed my mouth and hoped whatever I said sounded believable. I didn’t want to get too far into that conversation. The hospital smell still clung to my fingers, sweet and heavy, like bad fruit. “Better,” I decided to tell him.

As the story unfolds, we learn more and more about Bill’s father as Durbin moves between dialogue and interiority, never allowing Bill to disclose much information to Neal at all. And it is in that space, that place between what we know and what is said, that the meaning is derived.

In Carver, violence exists off-screen, in the stories that are told, but the threat of violence is a constant, underlying pressure. Of the two couples who are together for the afternoon and evening, Mel and his wife Terri do most of the talking. They tell a story about Terri’s former lover, who terrorized them and killed himself. Later, Mel recounts an incident about an elderly couple in a car accident. Durbin pushes the violence to the back as well and yet it forms the through line of the piece: early on, we learn that Neal’s wife Heather fell down the stairs. Later, after their friend Soraya arrives, we learn more about that moment from Soraya:

“I wiped her face. I cleaned the blood off her chin. We went through towels. Neal was—actually, where were you, Neal?” When he didn’t answer, she continued. “So I’m holding her hand and Heather goes, ‘He doesn’t want it.’ And I’m like, ‘What?’ And she goes, ‘The baby.’” Soraya shook her head. “I thought she was talking about Max. But she wasn’t talking about Max.”

This gap is also shown throughout Carver’s story in the multiple references to the ways in which a body can be protected or covered. There’s discussion about knights and the armor that they wear; a description of how beekeepers cover themselves; and Mel describes the casts on the elderly couple, with holes for their eyes and mouths. These devices serve to protect but also to inhibit the ability to connect. In Durbin’s story, this translates to Neal’s house, which is being renovated in order to appear on a reality television show. Lights are being installed; fake stars are painted on a ceiling; and blood is removed via varnish and stain. A world constructed, for television: a world that’s fake, where things are covered up rather than exposed, a house that is not really a home.

Finally, when we see the connection with the Carver story, the fact that Neal’s wife is not present takes on an even greater importance. At the start, we believe that she is away because the house is being renovated. As the story progresses, and the level of tension and conflict rise, we begin to question that original assumption and wonder if she’ll ever return. The foursome in Carver becomes an unstable threesome in Durbin’s story, three old friends from high school whose connections are now tenuous at best.  And yet Durbin closes the story with a moment of hope, as Bill reaches out to Neal in words, finally, that are directly related to what he thinks and what he knows.