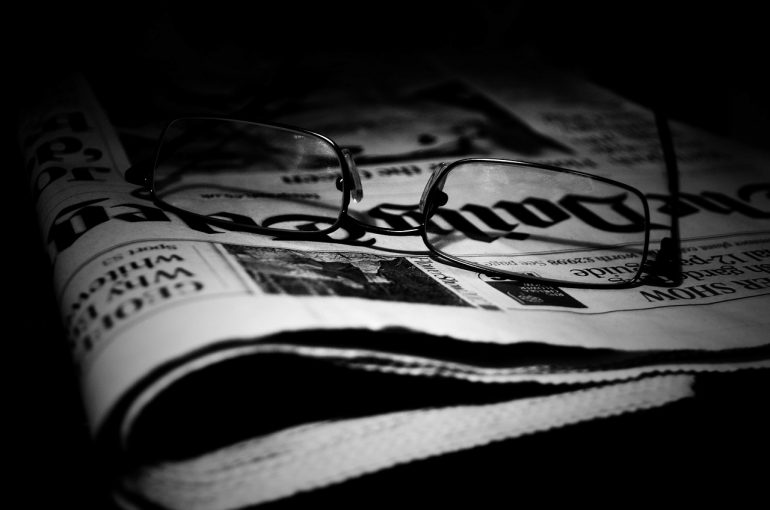 Rosalind Russell owes me a semester of my life. Specifically, the spring of my sophomore year in college when I spent a misguided few months taking Reporting. At the time, I told people it was because I wanted to emulate Frank Rich during his theater critic years. The truth, however, was that I had been harboring a secret desire to be Rosalind Russell in His Girl Friday since junior high school. To be fair, though, His Girl Friday isn’t the only one to blame: All the President’s Men, The Paper, even Superman’s Lois Lane—they all sold me on the fantastic life of a journalist.

Hildy Johnson, the main character in His Girl Friday, is a pistol—driven, whip-smart, and spry—all while wearing fantastic hats. Like her comic book counterpart Lois Lane, Hildy is a woman in a man’s profession, who can out-talk, write, and think her male counterparts. Both Lois and Hildy are hard-nosed newshounds who never let wearing heels get in the way of their ambition. As a young female writer, I found these Torchy Blane–type characters so inspiring.

The sad truth, for me at least, was that actual reporting was not anything like its fictional counterpart. It meant spending hours in a damp basement classroom just off Washington Square Park, discussing how to craft the perfect lead. It meant marked up articles condemning my style as “too smug and fluffy” (and I have no clue to this day how a writer can be both smug AND fluffy). There was no banter. There were no fantastic hats.

That is not to say that journalists are so separate from fiction writers. Hemingway, after all, was a journalist, and most people attribute that to his terse style. But if the hype of the fictional journalist differs from the real thing, that doesn’t mean we can’t still love and learn from them.

Go After What You Want. Lois is not one to vacillate in inner monologue. Instead, she actively pursues the story of the moment, whatever it may be. She doesn’t apologize for her ambition or her toughness, even when they get her into trouble. Her desire for her goal—the thrill of nailing a story—eclipses her hesitations. Hildy physically tackles her sources: what stronger metaphor for character want could you ask for? We should pursue our fiction writing with the same fervor, chasing it until every possibility has been explored.

There is Always a Story. Lois and Hildy never stare blankly at the page, whining about lack of inspiration. Even on slow news days, they are looking for the story. Writer’s block is harder to overcome when working from within your own head, but why not pick up the newspaper and flip through? What’s happening in the world? How might that filter into your character’s world? Stop being stuck in what you think should happen and make something happen.

Snap To It. Part of the lure of fictional journalist stories is the snappy dialogue. In life maybe we can’t be as witty—but we can certainly play with dialogue in more imaginative ways. Take, for example, Hildy’s insult to Walter over the phone:

Now, you get this, you double-crossing chimpanzee. There ain’t going to be an interview, and there ain’t going to be a story . . . I wouldn’t cover the burning of Rome for you if they were just lighting it up. And if I ever lay my two eyes on you again, I’m going to walk right up to you and hammer on that monkey skull till it rings like a Chinese gong.

This is not sly, subtle dialogue; it’s furious. And it’s so much more fun than a simple “F-you.”

Try a Little Tenderness. The male reporters of His Girl Friday acknowledge Hildy as a superior writer because she has tenderness towards her subjects. In fact, much of the film is spent with her trying to interview a condemned killer. It’s easy, of course, to display tenderness when looking at a protagonist—but what about the antagonist? How can the reader learn more about that character aside from superficial details? How can you, the writer, make even the darkest characters more rounded? Even if it is just as an exercise, try writing something from the point of view of your antagonist. While it might never turn up on the page, the mere exercise will open up possibilities.

You Can’t Know Everything (or Can You)? One of the most baffling things about Lois Lane is how a crack reporter could be fooled by a simple pair of glasses. Hildy, likewise, is manipulated into abandoning her boring fiancé by the thrill of a great scoop, courtesy of her ex-husband/editor, Walter. How is it possible that two investigative reporters could be so clueless to the deceptions right in front of them? The simple answer is merely authorial contrivance—they don’t see the truth because it would mess up the story. As my daughter says when I get befuddled by the logic of My Little Pony, “Just go with it, Mama. It’s pretend.”

But what if we look beyond suspension of disbelief? Sometimes when I start writing, I forget that my characters can’t always know everything that I do. And sometimes, in life, we also see (or fail to see) what we want or need to. Our characters are no different. Does Hildy know Walter is, in his own selfish way, trying to win her back? Probably. But she lets him get away with it, which speaks more about their relationship than any monologue about feelings.

Perhaps I won’t ever chase down a big lead, but thanks to these inspirations, I can fulfill all my journalist fantasies.