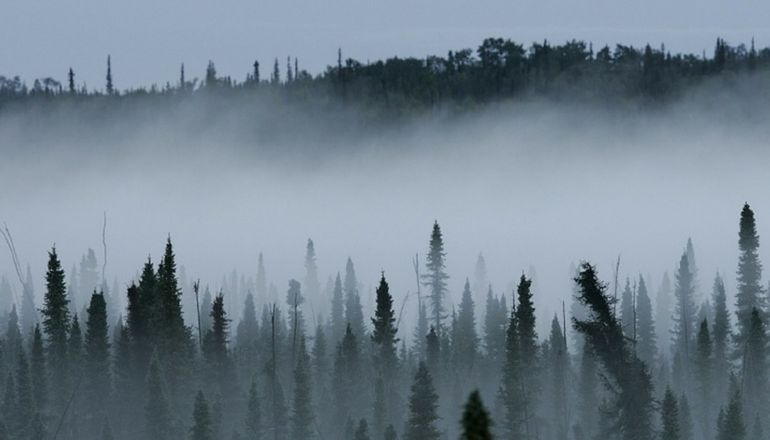 There are a lot of ways for a world to end. You might have caught some of the potential outlines for them on tv: nuclear war, natural disaster, government instability, or neglect. But there are other types of endings too, smaller ones like a break-up, or a move, and it’s during these individualized apocalypses that we try to carve out a space for ourselves, for self-care. Maybe for others it’s a favorite book, a movie, or a musician, but for me it was tabletop games.

I’d moved to a new city and was working only freelance so my social life had been eviscerated. I felt isolated and surrounded by bad news but I’d been listening to some podcasts and, with only a little experience playing, I decided to get some friends together on Skype to play games and tell stories together. Apocalypse World by D. Vincent Baker and Meguey Baker was the game that, during this time, showed me how the post-apocalyptic stories we tell don’t have to be about why things ended, but about how the people inside them make their communities and survive.

A fact that often needs stating is that not all tabletop games are Dungeons & Dragons. People don’t have always be orcs and wizards. They don’t even have to fight goblins. Apocalypse World would rather have you thinking about the stripped-down cars and masked men of Mad Max, the roving bands of cannibals in Cormac McCarthy’s The Road, or even the oppressive patriarchal systems of The Handmaid’s Tale. Apocalypse World doesn’t have a prepackaged setting but instead wants to know what you and everyone else at the table thinks what 50 years after the end might look like and what types of things might rise in the old world’s place.

For my table, the end looked like the Appalachian Mountains and on one quiet hillside, a long abandoned concrete military base now filled with a bustling, stitched together market. Traders wheeled in carts of water and scavenged goods while soldiers armed with rifles stood on guard. If you happened to look up to the walkway, you might catch the sight of an older woman calling herself “the Steward” watching over the operation. Her mind is focused on other matters however—a religious cult to the south, someone raiding incoming merchants to the west, possible traitors in her ranks, and a young child, belonging to no one and running from something.

The priorities of our game weren’t about looking for gasoline and shelter, but what it takes to hold on to a home in the face of being displaced after already arriving as refugees. There was no great quest for treasure or dragon to slay but just the navigation of scarcity and other people.

The problems that arise happen because of the characters and places you make. This isn’t a story or game where one person is “the Knight” and another is “the Rogue,” and where what you are describes what you can do in a fight. Instead the people you make are defined by how they relate to each other. You could be a Mad Max-type, a Driver, but that aloofness will catch up with you and keep you separated from the others when maybe they’re what you need more than anything. The characters the players make might run a base, or maybe they own a bar, or they’re a musician, or a doctor. A traditional tabletop roleplaying game doesn’t posture much in the direction of why characters are together—an archer and a swordsman have equal reason to go into a dungeon under that shared title of “adventurer.” Apocalypse World is about that why. What makes a landlord, a religious leader, a driver, and a thug-for-hire come together? What ends up binding them and pushing them in place from within their very disparate but shared spaces.

What we end up pretending to be in these stories serves to highlight what we want to see valued in our places and communities, and the relationships we want to have with the people in them. An Angel in Apocalypse World is a medic and here everyone is getting hurt and sick—everyone needs something from you. A Skinner is a performer and as the book puts it, “Anything beautiful left in this ugly ass world, skinners hold it. Will they share it with you? What will you offer them?” And immediately, a power dynamic for that character’s relationship is in place—the people want them and the character needs to be wanted to have their place. A person’s place in our communities, both the greater and the smaller ones, are a tightrope walk of compromise. They’re a navigation between the reason why we’re there and why we’re wanted to be there.

When people, whom history books would call witches, were wanted by society, they were herbalists, midwives, and wise women, but when the winds changed, they were hanged. Margaret Atwood dedicated The Handmaid’s Tale to her ancestor who was hanged (but survived) for being a witch because ultimately what the novel presented wasn’t a nightmare scenario but the constant ebb and flow throughout history of women’s rights—when they were granted some rights only to have them later taken away again and again.

The apocalypse happens every day even if its scale varies and when these moments of cataclysm and crises play out, that determines when you’re wanted by a community and how. The alternative being abandoned, cast out, and hanged.

In a traditional game like Dungeons & Dragons¸ a character grows and “levels up” by defeating monsters, either killing them or otherwise. In Apocalypse World, players gain experience by a kind of ritual. At the start of a session, when everyone gets together, the players highlight a stat (the number and characteristic a person uses to determine the outcome of their actions) of the character theirs knows best. Each character then grows by performing the expectations put on them by the other people they’re with. Do they expect you be violent? Calculating? To threaten people or expose yourself to danger? In the face of those questions, each person has to ask themselves if they’re going to put aside what they want to do to pursue that momentary “experience point,” or pursue what they want for themselves. Will that other person highlight something I’m comfortable doing or will they try to push me into something I’m sure I can do?

So many post-apocalyptic narratives follow lone survivors like Mad Max or especially duos like the Man and Boy in The Road or Ren and Toby in The Year of the Flood, but by placing these archetypes in groups, in communities, we receive a simulation of how when places suffer the people in them suffer together. There’s a section in Apocalypse World titled “Why to Play” and in it it offers a reason for why we do anything positive in a crisis: “Because the characters are together in a horrific world. They’re carving out their little space of hope and freedom in the filth and violence, and they’re trying to hold on to it. Do they have it in them?” Even if the end of our world is isolating there’s proof to show it doesn’t have to isolate us.