Home
»
Critical Essays
»
Finding the Words to Speak of War 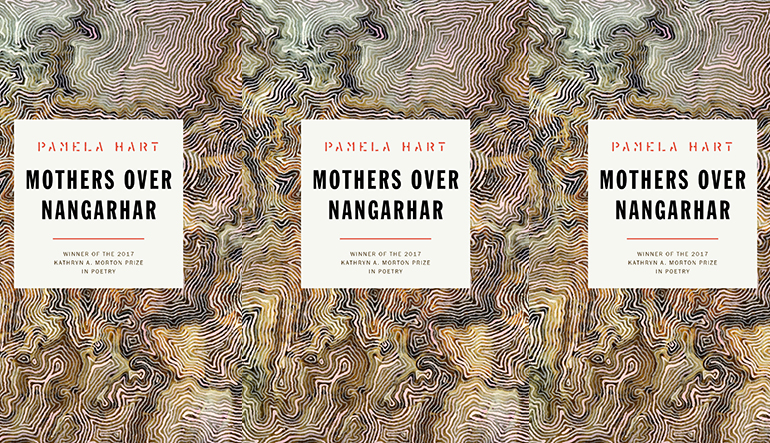 “Stories of war begin midsentence is one way to start.” The first line of the poem “War Stories” comes in the middle of Pamela Hart’s latest poetry collection, Mothers Over Nangarhar, which presents readers with the inadequacy of language to describe war in the lives of individuals; specifically, individuals whose loved ones are serving in the military. Can language plumb the feelings of anxiety and powerlessness a person may feel when their son, daughter, spouse, or friend is serving in the military? For all that is undisclosed in the context of war, what can be spoken, and how well can the spoken encompass what war does to families and communities?

The first and third-to-last poems in the collection artfully bookend this conversation about language and its inability to capture fully what it means to be on the home front in modern times. In “Cities & Signs & War,” the speaker, who identifies herself as a mother, asks, “If all cities are Venice and all Venice is memory then where will you be / deployed.” Though phrased as a question, the punctuation makes this first line of the collection declarative. Uncertainty of location, time, and even memory come with the territory of military service. The speaker who does not know the location of her loved one in the first poem stands in contrast to the speaker of “Jalalabad,” who obsesses over the knowledge that this word brings: “I am late for everything because of Jalalabad. / I find it difficult to talk. In meetings, other words seem dissonant.” The centrality of knowing this bit of information—of where a loved one has been deployed—bleeds into daily life: “It’s a centerpiece on the kitchen table. / It is orange and pomegranate.” The speaker ends the poem with the reflection that “A sense of place is important to a reader.” As readers, we also understand that a sense of place is important to a mother, a father, a spouse, a friend who are anxious for information about their loved ones who are serving.

A question threading itself throughout Mothers Over Nangarhar, then, is one of language’s capacity to convey pain, longing, and grief. In “Stray Dog Story,” the speaker listens to a story told by Rosie, “a hold-down-the-fort woman” and war wife who must balance her responsibilities of keeping things going at home, managing her own grief at her husband’s absence, and accepting the affects of war she sees in her husband. The last line of the poem reads: “She says words aren’t enough are they ever I ask.” This conflation of Rosie’s statement and the speaker’s response further embellishes the inability of words to express the trauma of war.

Yet for all that language cannot express, through the various speakers of these poems, Hart utilizes strong verbs to express the action that can be taken even when words fail. In the title poem, “Mothers Over Nangarhar,” the titular mothers are shown as active fighters in this war for their children’s safety. Though they can no longer physically protect their children, “mothers navigate / Google Earth” and “leap across time zones” and “sprint from screen to field.” Mothers become almost mythic at the poem’s end: “Their hands are epic / their bodies large pouring / into and out of you.” In “War Stories,” too, the speaker indicates that it is the mothers’ movement toward action that best saves them from being consumed by the fears that accompany knowing a loved one is in harm’s way: “And how does / the mother feel. The mother doesn’t like that word. The mother likes / the word think.” To express feeling is to move into the realm of inaccessibility—the place where language fails. To think is to do—it is to leap and navigate and salvage every bit of information they can find about their loved ones’ whereabouts.

While verbs activate movement and direction for the speakers within these poems, Hart also utilizes verbs to express absence, and the effects of war on both soldiers and their family members. In “The Cut,” which tells the story of a family whose son and brother has returned from war and yet is still absent in some ways, the movements of the rest of the family highlight the inactivity of this family member. While the speaker’s husband “chopped onions,” and a son “peeled apples,” and a daughter “measured flour and butter for the crust,” the returned son “stayed asleep.” To this scene of almost complete family togetherness, the speaker remarks, “This was like happiness. How they hurried to fill the cut. How they stitched together / the slight emptiness.” The cutting motions of the cooking utensils highlight a spiritual scar left on the family by the cut of war on one of its members. The message is that war does not only affect individuals, but communities, a theme that is highlighted again in “The Women,” where war wives, girlfriends, and mothers gather to support each other during their loved ones’ deployment. Their movement is one of filling an absence: “We unspool our biggest / dread and make / it into a beautiful spider.”

What is left then to these mothers and spouses and loved ones when language fails to express the depths of their sorrow and anxiety when the reality of war seeps into their lives? The answer, as Hart seems to suggest in Mothers Over Nangarhar, is to push language beyond itself—into image. Through image, Jalalabad becomes a kitchen centerpiece and a contour drawing becomes “My pencil working its way into the story of a son.” Though language cannot encompass the enormity of war’s influence, it can still bring us as close as possible to expressing the inexpressible. This Hart does masterfully through an array of voices, all of whom echo and reecho what it means to survive and communicate war.