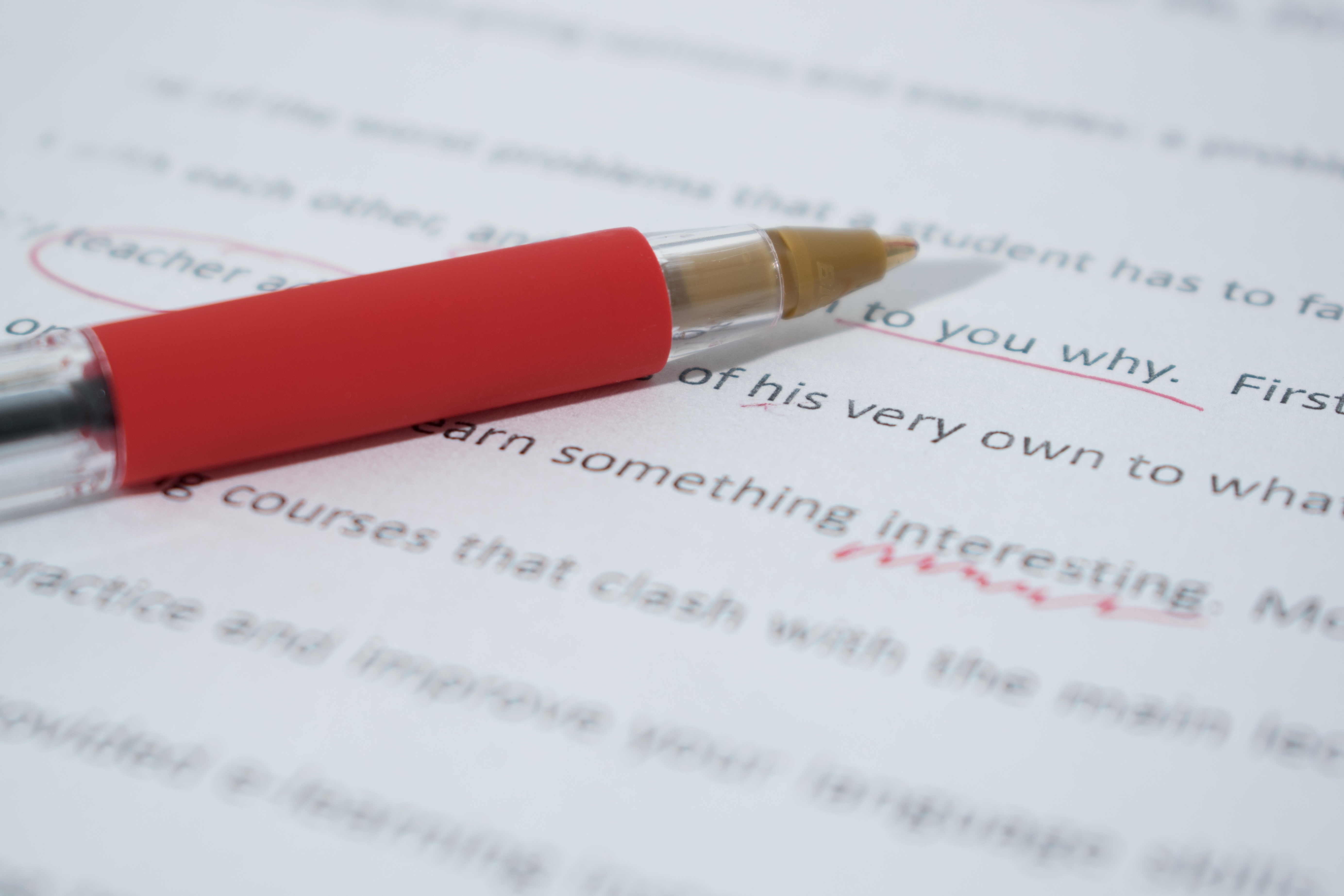 A Conversation with Lauren Groff, Kevin Moffett, and Christine Schutt

This week, I’m excited to introduce a series of conversations I’ll be posting in the coming months: First Drafts. I’m talking to writers across genres about that tenuous and thrilling moment when something new arrives and, in one way or another, begins to demand a life on the page. I’ll speak with story writers and novelists, poets and playwrights, essayists and biographers—writers whose sentences and stanzas inspire me to attend closely to rhythm and cadence, to take risks. We’ll discuss nascent ideas, and where they come from; favorite and least-favorite drafting experiences; moving from draft to revision; physical spaces, necessary routines. We’ll talk about success and failure, inspiration and fear.

Because it’s a lonely and terrifying business, drafting. No matter how many stories I write, each time I finish one and start another, I wonder if I’ll be able to do it again; if this tiny idea or phrase or image will lead on to something bigger, something worthy. I sit at my desk, take out the legal pad or open the laptop—I’m standing on the edge of a precipice, a canyon laid out beneath me. I can’t see the bottom. I can’t see to the other side. And the thing I’m supposed to do—the thing I must do—is step off the edge with only a thread in my hand. It takes an enormous amount of faith to believe it is the very stepping off that will cause the thread to thicken into rope; even more faith to believe that if I continue to show up every day, eventually I’ll weave a bridge across the chasm.

This week, I talked to three fiction writers who work in both the short story and novel forms: Lauren Groff, Kevin Moffett, and Christine Schutt. I chose them not only because they’re intelligent and generous souls, but because, quite simply, I admire their sentences. They also each have new work either just out, or coming soon: Lauren Groff’s gorgeous and lyrical novel Arcadia was released with Hyperion last month, and Kevin Moffett’s stunning (and quietly devastating) collection Further Interpretations of Real Life Events came out with Harper Perennial. Christine’s latest novel Prosperous Friends (another stunner) will be out in November with Grove/Atlantic.

The great Southern Bard Barry Hannah once said: I don’t advocate anything to the young writer except the loneliness with a pencil and a white sheet of paper. My hope is that this interview—and the ones to follow—will remind us that we’re never altogether alone in that loneliness.

How do your stories typically come to you?

LG: Short stories are nuclear fusion, when an idea that I’ve been noodling over for years suddenly smacks into a new idea and the whole story–or a part of it, or a character, or a first line–appears suddenly before me.

KM: This sounds coy but usually they start as a single sentence, or pair of sentences, something I’ve overheard or read, that rattles around in my head for a few weeks or months. One of the stories in my most recent collection started from something a mechanic said to me: “My hands haven’t been clean in fourteen years.” Which didn’t end up in the finished version.

CS: Perhaps a sentence from the day before, a line, like all of my first sentences, come by air in mundane circumstance, perhaps this line sticks and interests me and so I begin in earnest moving ahead in response to that sentence.  The drafting is a part of every day’s work; the way into the next paragraph done over many times, and then much later, possibly lopped off.

On any given day, I’ll usually have a number of story ideas bouncing around in my head. Most never make it to the initial drafting phase. How do you know when it’s time to start drafting? What drives you to the page?

LG: I’m almost always working on a novel, but I know it’s time to write one of the stories I’ve been letting mature in my head when I can only think about the story and not about the novel. I’ll give up on the novel for the time it takes to write the story. And then usually it sits as a draft for a long time before I return to it and rewrite it a million times and edit it.

KM: I write so slowly that often I just don’t have the luxury to do anything with those miraculous pre-dawn ideas. I wish I were more deliberate about the whole thing but usually what I choose to start writing, or continue writing, is fairly random. Based on whose voice I want to hear in my head for the next few weeks. Or which story has a few sentences in it I’m too vain to fully abandon.

CS: Once enough of the story is in play, a couple of people on the landscape and an imbalance I can detect, then it is easier to go to the page; otherwise, the answer to “what drives you to the page” might be habit.

Where/how do you draft?

LG: I write all first drafts fast and in longhand in the morning after a pot of coffee in my horrible little dank cave of an office. Then I throw the drafts out and start over again. Sometimes, a story will be so urgent I’ll have to write it at night, and those stories I have to do little editing for. That happens once every three years or so. It feels miraculous and joyous and so beautiful I have difficulty holding those moments in my head.

KM: I am a simple man. Laptop, desk, blank wall in front of me, maybe a window overlooking something diverting but not too diverting, Herman Miller Aeron chair, bowl of oatmeal, dog on a couch behind me, stapler facing outward so it doesn’t look like it’s judging me, dictionary, wrist strengthener, time, time, time.

CS: I write in the bedroom, the living room, the small library in Manhattan. In Maine, I work at the long table in the living room or on the sun porch: the necessaries are window, fresh air, light, a couch with lots of pillows to balance with the laptop on my lap; at the desk, a drawer must be opened to keep my feet raised. Comfort is all.

Are there differences in your drafting process depending on the medium you’re working in?

LG: My novels are my daily exercise, good for my sanity, and I attend to them as I would to living children, feeding them and nourishing them every single day and watching them grow. But the drafting process is similar, with the fast first draft and the slow rewrites.

KM: Definitely. I’m working on a novel right now that has me writing and rewriting a detailed full-on outline, something I would’ve found abhorrent while working on stories. But I find the outline comforting, like a roadmap. Except one that I’ve drawn and redrawn myself without ever having visited the towns and railways and rivers I’m mapping, so it has that element of the maybe-disastrous to it.

How do you know when something is finished enough to begin revising?

LG: I’ve only learned to know this after many years of practice. And if there’s ever a question, I’ll put the story away for a little while and see what effect time has on the piece.

KM: The way I work, revising is more or less indistinguishable from the writing. I always had crummy luck with those quick first drafts, and substantive revisions, so now I pretty much revise and write simultaneously—without those curative in-between breaths of feeling like I’m done with the first draft, second draft, third—so I guess I never know.

Do you have a favorite first draft experience?

LG: My story “L. Debard and Aliette” is an enormous comfort to me. It feels as if it arrived suddenly, but the truth is, I had written an entire (thrown away) novel based on the Abelard and Heloise myth, had done research on Ethelda Bleibtrey for a totally different project, and both of those strands only came to life when I read the great poetry collection Kyrie by Ellen Bryant Voight. All this to say that no stories we write are ever wasted, even if we abandon them. They will return when they need to, and be better for the wait. [You can read “L.Debard and Aliette” in Lauren’s collection Delicate Edible Birds]

KM: It usually takes me months to finish a story but once, while working on some monstrosity about kid figuring out there’d been an apocalypse, a story came to me in a dream, beginning, middle, and end. I’ve learned to be suspicious of my dreams because they’re usually my subconscious chastising me for various snack-food indiscretions. But I couldn’t get this one out of my head, so I sat down and wrote the story start to finish in about eight days, which was and is a land-speed record for me. That story was “The Volunteer’s Friend,” from my first collection. [Permanent Visitors, 2006, winner of the Iowa Short Fiction Award]

CS: One favorite first drafting experience was a gift story, “You Drive,” an early story from my first collection, Nightwork.  Of course, the story had been written in different ways for many years so that its all of a piece, sudden arrival should not surprise; the surprise is in the entirely different shape this same story took.  “You Drive” felt good from first to last.