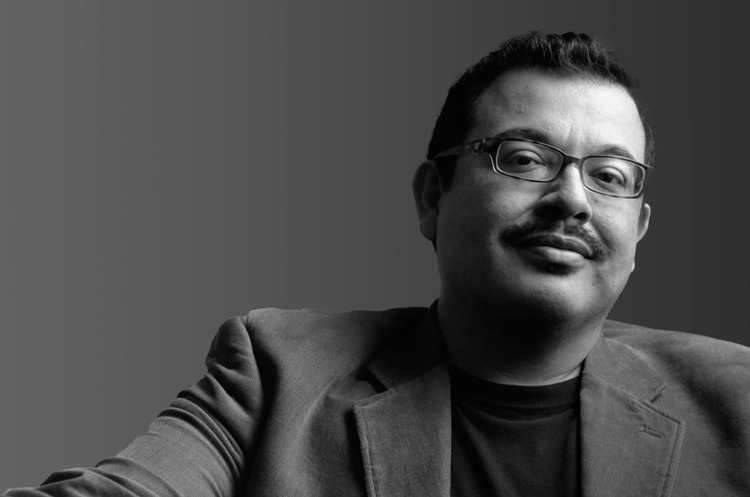 I first read Eduardo C. Corral’s poems in Poetry and was knocked out by them. I then found out that Carl Phillips had chosen Eduardo’s first book “Slow Lightning” as his inaugural choice as judge for the Yale Series of Younger Poets Prize (the first Latino poet to ever be so honored) and e-mailed Carl for Eduardo’s contact info, so I could write him a fan note. I’m old school. I always write fan notes, or letters, or e-mails, to writers whose work gets to me. I asked Eduardo for a copy of his book so I could review it and got a galley of “Slow Lightning” a couple of months ago (the book was published in April). It’s a great book: inventive, lyrical, hypnotic and magically realistic.

Here’s what we had to say to each other:

MK: You confess that you are the Love Child of Robert Hayden and Federico García Lorca. How has Robert Hayden influenced your work?

EC: Slow Lightning is an homage to Robert Hayden. I borrow from his poems – I steal, I riff. His thumbprints are all over my book. Hayden taught me only the poem matters. My background and my beliefs will pulse through my lines, but the poem has to exist without me, it has to breathe on its own. In other words, he taught me the supreme importance of craft. He also taught me a poet of color doesn’t need to explain his art to anyone – not even to his community. This realization was a breakthrough for me: it freed me from worrying if I was too Latino or not Latino enough. It freed me to write the poems I needed to write.

MK: One of the many things I admire in your work is the pull toward a kind of narrative, but also a resistance to it. Your poems, I think, many of them, fall in that that delectable space between the two and remind me of how incredibly strong the voice in a poem has to be in order for it to be indelible. Is that resistance to narrative – if I can call it that – something you respond to as a reader or is it only concern for you as a writer? Another way to come to the question, or to add to it, I suppose is, how much story or situation goes into the poem?

EC: My early poems told stories. And because I didn’t stray from the truth as I remembered it, the poems were awful. The language was flat, the endings were trite – I was writing tidbits of autobiography instead of poems. It took me years of practice to learn how to listen to language, to follow it not lead it. What do I mean by listening? Most of my poems begin with a morsel of sensory detail. The beer-rich breath of a stranger, a snippet of overheard conversation, the yellow throat of a bird. Even before I jot down the detail on the page, I play with music. I utter again and again the detail. I shuffle words and syllables. I let the sounds ricochet in my head. This process allows me to play with syntax and to corrupt the original bit of language. Then I start drafting, which is always chaotic but pleasurable. I don’t impose a narrative while I draft. I follow the language. A phrase will suggest another phrase, an image will demand more attention, an adjective will call out for more vividness. This generates a lot of raw material. I isolate the lines/images/phrases that speak to each other, that form a kind of narrative. Then I start drafting again. Story is a byproduct of my process. I discover it as I draft.

MK: Which, of course, reminds me of Robert Frost’s idea that the sound of the sentence is the meaning of the sentence as well as anything there to convey meaning. Your poems are also wildly varied in terms of how they fall on the page: lines that are too long for the printer so the they’re in the book the other way, list poems, poems with lots of space between words, poems that rely on indentation and poems set down in block paragraphs. Does the form come with the raw material or is the “presentation” (for lack of a better word), something you decide later?

EC: I’m a visual person. I could spend hours staring at a Philip Taaffe painting, or a piece by Felix González-Torres. I want my poems to be visually interesting. I want them to be little art pieces – a mix of text, white space. I want them to engage the eye and the ear and the mouth. That said: the shape rarely comes with the raw material. A shape usually announces itself near the end of the drafting process. When I start sculpting a poem, I know it’s close to completion.

MK: We all have obsessions with certain kinds of subject matter, certain kinds of phrasing, even certain words. Apart from your poems being visually interesting, it’s not hard to notice a great affinity with music and even more particularly, musical instruments. How was that attachment born?

EC: I don’t play an instrument – I have no musical ability. I took one year of piano in high school. My teacher had perfect pitch. I still remember the look of pain on his face each time I tickled the ivories. That said: I grew up watching mariachi bands on Spanish television. Eight handsome men holding musical instruments: guitarrón, a vihuela, a guitar, violins, and trumpets. I loved the dark wood of the string instruments and the bright shapes of the brass instruments. I loved the charro suits and the wide-brimmed hats worn by the musicians. But what I loved most was this: the musicians looked like my father, my uncles, my cousins. People who looked like me were making music, were making art.

MK: And now you are making art in New York City, which is a new place for you. How have you taken the poetry community here, and in particular the gay poetry community – of which you are also a part?

EC: Beauty is on my mind these days. The queer poetry community in New York City is full of beautiful people, which makes me an outsider. I’m not beautiful. I’m overweight. I’m unfashionable. I live in the wrong neighborhood. But let me add: I’m happy. I love myself. I love my life in New York City.

I’m disappointed in many of my queer peers. So many of them want to be part of the hipster crowd. So many of them value looks over talent. The cool kids form clubs, become gatekeepers. So many of my peers are clamoring to be let in. I don’t want in. I want to write poems, I want to read, I want to support others. I believe in community, but I’m hesitant to reach out to some of my peers because I’ve already been spurned by a few. One young man told me, “You don’t look like the rest of us.” But I’m not going to let narrow minds ruin my time in the city. I will continue to show up at readings, at poetry events. I’m here. I’m queer. I’m big. Get used to it!