Home
»
Reading
»
For the (Physical) Love of Books 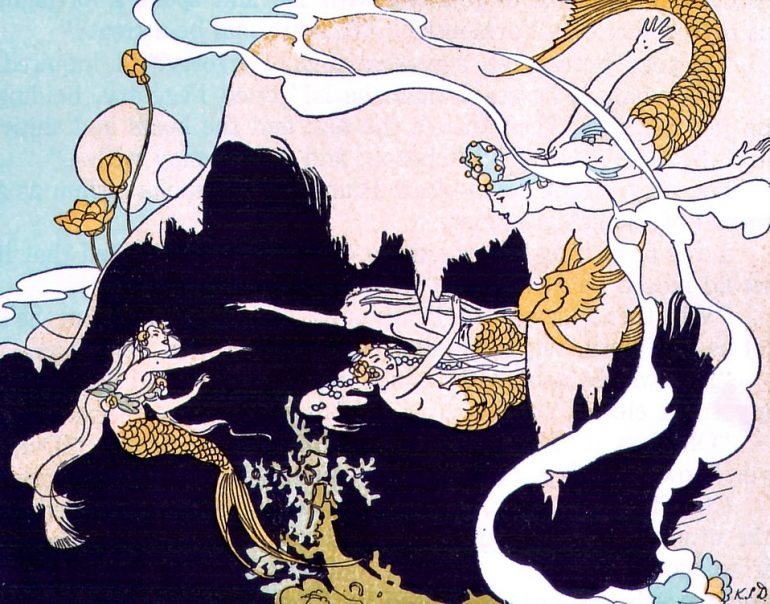 A few weeks ago, I found myself in a public state of lust. My object of desire? There before me, in a display fit for a museum, was a cloth-bound sketchbook of Ireland with “78 pages of watercolors by ‘Miss Collis,’ circa 1890.”

Too depressed to even record the price of Miss Collis’s sketchbook, I sank into a grey chair, the slightly upholstered sort meant for waiting rooms. This particular chair was situated in between booths at the New York Antiquarian Book Festival at the Park Avenue Armory.

“Your outfit matches your chair!” exclaimed an exuberant buyer, who then told me the story of a cocktail party she once threw with cups to match her guests’ outfits. Aunt Betty had worn blue, and said the hostess was quite thoughtful.

This was around the time I began to wonder how many little plastic cups of wine I might imbibe.

On an impulse, I had paid fifty dollars to roam around the “Preview” of the Book Festival, with wine, snacks, and readmission included. A first-edition Tom Sawyer ran around $32,500. A photograph of Oscar Wilde was $17,500. A collection of stories illustrated by Maurice Sendak was $250. Prints from Japan, labelled “100 years old,” were $10 each. But I was not there for the reminder of my absent income.

The smell of these old books (and prints and maps and ephemera) was amazing. And it occurred to me that it may have been the only time I would be able to see many of these objects—unless they were bought up by libraries. Which some of them might have been. I wobbled between wanting such a collection and wanting something I write to be in such a collection. These are the ego dreams that wake writers in the wee hours. The smell of cheese stick snacks and weird, dry crackery things interrupted my sensory experience, snapping me back to book-hunting.

The physical objects known as books have a call I cannot ignore. A true addict, I often enter a book store and experience a momentary lapse of consciousness before coming to with my arms full of new books as I try to forget my to-read pile at home. This guilt was assuaged for a few years when I had a specific mission: to find the fairy tales, specifically a large bluish book with Rose Red and Snow White painted on the cover, called My Bookhouse; Up One Pair of Stairs, a collection edited by Olive Beaupré Miller. When I was a child, the greatest treat in the world was spending the night at my grandparents’ because my grandmother would read me to sleep. After she passed away, my extended family swiftly packed up her belongings, and I believed My Bookhouse lost.

It may be the Rolling Stones who said it best, but the fact of the matter is that when searching for something, you’re bound to find something else. Out west at Powell’s, I found The Bloody Chamber; down in Asheville, I found Great Swedish Fairy Tales; and somewhere, now forgotten, I found The Children of Odin. Though Odin and Sweden are fabulous, the adjective takes on a whole other dimension as made manifest by Angela Carter. Thanks to Angela Carter, I know what it is to be embarrassed by my own physical sensations when trying to read her work in public.

My tendency to embarrass myself is perhaps part of the reason I am so fond of books as objects: unlike an electronic device, a book offers something you can really hide behind. When hiding behind an average-sized book, you can prevent people from seeing your face. There is also that other physical sensation, scent. Whether it is the scent of vanillin and benzaldehyde’s almond aroma, or the gluey chemical smell of newer books, the fact is that books smell. And to me, they smell good.

For several years, I’ve kept Paperback in my stash of perfumes. It’s a roll-on perfume oil by Demeter, a line of Duane Reed fame. Inspired by the Book Festival, I put it on and wondered why I don’t wear it more often. The mystery was solved a few hours later, as the dry down turned powdery and I realized I smelled odd, odd as in just dusty. Dust, in fact, is my one true allergy, and though I’m all for perverse scents, I dislike smelling like the one thing that prevents my air passages from functioning. The Demeter website says Paperback is supposed to have a hint “of the musty smell of aged paper . . . with a sprinkling of violets and a dash of tasteful potpourri.” I have yet to experience “tasteful” potpourri.

Perhaps just this book scent did not smell good on me? I undertook a brief investigation from Commodity’s “Book” scent to the perfumes inspired by specific authors at Histoires de Parfums and Immortal Perfumes, and then, finally, to the Byredo counter at Barney’s, where they recently released a limited edition of Bibliotheque, one of their best-selling candles. In the case of Commodity and Byredo, I was drawn to other perfumes; again, the smell of books failed on my skin. But with the writer-focused lines, I did have some luck. I very much enjoy smelling like the Marquis de Sade—well, the scent inspired by him—as well as Lenore. Another favorite was Pemberley, whose main notes are rosewood, coriander, cedarwood, honeysuckle, hyacinth, peony, and vetiver; altogether, Pemberley smells like green grass and rain and rolling hills and an enormous mansion. Does it also smell like a young Colin Firth swimming in a pond? Maybe.

None of these smells made up the smell of my beloved Bookhouse, though, which my parents found and gave to me on a recent birthday. The smell of childhood is one I’ve yet to find in a bottle.