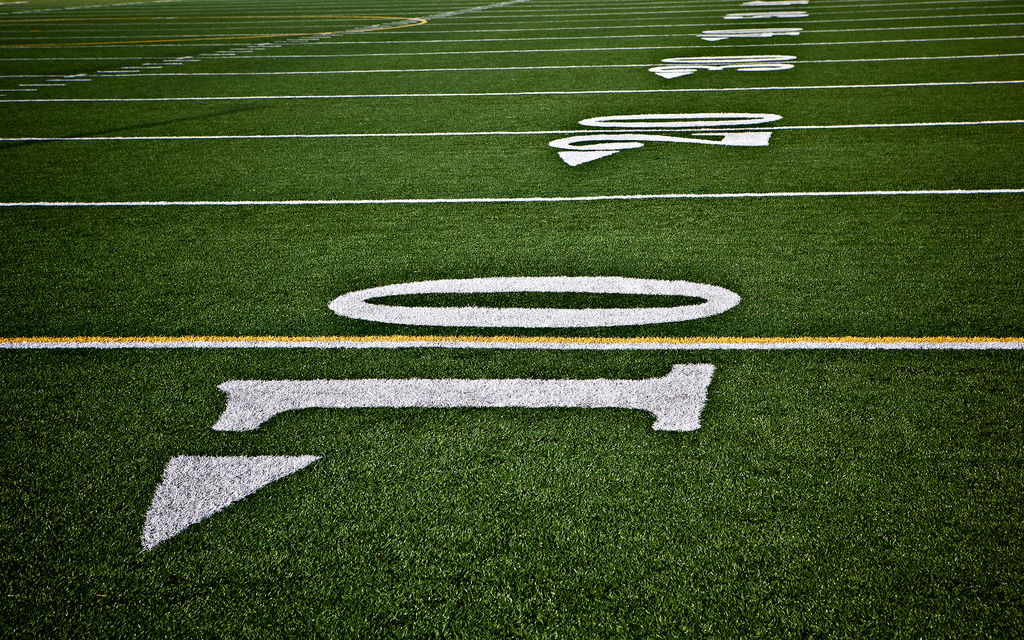 Disclaimer: I tried to avoid anything that would compromise the Friday Night Lights narrative for those who haven’t picked up on it yet. But seriously, if you haven’t watched the show, you should hit up Netflix right away.

In Atlanta last Christmas, I got trapped like Jack Torrance by the first Yuletide snow that city had experienced since Reconstruction. The entire city shut down, and I was unable to leave my in-laws’ house for two days. If that wasn’t difficult enough, I finished watching the Fourth Season of Friday Night Lights while I was there. Those who know how Season Four ends will understand why I’ve been fiending for Season Five. Season Five is also slated to be the last season of the show and that makes me want to do the Charlie Brown walk.

Simply put, FNL is the most arresting network television show I can remember. This isn’t hyperbole. The show is an astute character drama that occasionally includes football and fistfights. Because of that, the series confuses the synapses in that good, genre-mashup way. It also has a great soundtrack, the kind that spools the dramatic moments without overwhelming them.

Since Season Five isn’t available to non-DirecTV subscribers until April 15, I placated my Friday Night Lights fix by reading the nonfiction text the series is loosely based on, H.G. Bissinger’s Friday Night Lights: A Town, A Team, A Dream. The book is a stunning study of small-town life, and it is uniquely West Texas because of football, oil-based economics, and the specific racial makeup of Odessa, Texas.

Before the television series, Bissinger’s book was adapted for a movie with the inescapable “Based on a True Story” tag in the credits. It starred Billy Bob Thornton post-Angelina Jolie (and, thankfully, post-this musical head butt), as Coach Gary Gaines. The movie reminded me a bit of Hoosiers, without Dennis Hopper and Gene Hackman. Which is to say, it wasn’t very memorable. But Coach Gaines delivered one line that really stuck with me: “You might never matter more than you do right now.”

One of the many differences between the movie and the book is the very overt racism portrayed in the text. The first sentence of the Prologue ends with the most notorious racial epithet, and the slur becomes more frequent as the narrative moves forward. According to Bissinger, some of the residents of the town were upset that their bigotry didn’t play as well in the pages of a nonfiction book as it did in real-life Odessa, circa 1988. They felt betrayed by Bissinger for including it—as if he was expected to omit that part of the story because he himself is white.

The movie, on the other hand, presents football as a great racial equalizer on several levles. Players acknowledge their cultural differences (particularly as they relate to Boobie Miles) but that doesn’t get in the way of team unity. After living in College Station, Texas (which is, of course, a very different geographic area of the Texas), I can say that football doesn’t mitigate race down there; it simply puts it on hold until after the game. Bissinger’s book illustrated this fact with uncomfortable clarity.

Until Season Four, the Friday Night Lights television show generally existed inside of the constructs of race. By that, I mean that issues related to race were clearly there, but not in the forefront of the narrative. With the exception of some story lines involving Smash Williams and later, Santiago Herrera, issues of race and culture were usually subverted in service of the larger dramatic arc.

Race is something I think about quite a bit as a writer and teacher. I believe that race is a fundamental, but fluid construct that shifts with economic and social pressures. Because of this, I appreciate the gracefulness with which the writers of FNL attend to the subject. Addressing race without recognizing that it is immutably enmeshed in our society diminishes the experiences of those who have been on the receiving end of racism.

But it is precisely because issues of race are such a part of our culture that they are often utilized as easy plot devices in movies and television. Thankfully, FNL avoids that kind of simplicity. They integrate (for a lack of a better word) recognition of race into the characters’ behaviors and in doing so, provide an example of a different narrative strategy. One that shows race as something that is constantly being reevaluated and reassessed, but never discounted or resolved.

The disparities between the book, the movie, and the television show somehow led me to reconsider the position athletics occupies in the racial discourse. The New York Times recently reported that 100% of the white student athletes on the 2010 national champion Auburn Tigers graduated, compared to only 49% of the African-American student athletes. There are certainly other factors at play, but numbers are numbers. What happens to the 51% of those black athletes who don’t graduate? To invoke the fictitious Coach Gaines, they are certainly less important after the big game than they were for those four quarters.

Clearly, athletes benefit from their position as “athletes,” and I am less interested in the economic inequities present in the system than the social ones. But after writing about the way race works in Friday Night Lights, I’m starting to think that there are similarities between the way minority athletes are used on the field and the way race is used generally as a plot device in movies and television. Just like the black football player who is only useful on the field (see any of the many books written about college football), the trope of race often seems to only be useful when exploited for tension. But that’s probably a conversation for after I’ve finished watching Season Five of Friday Night Lights.

This is Adrian’s twelfth post for Get Behind the Plough.