Home
»
Uncategorized
»
Gatekeepers (Part Two): why my pop-music philistinism makes me fear for the poetic canon 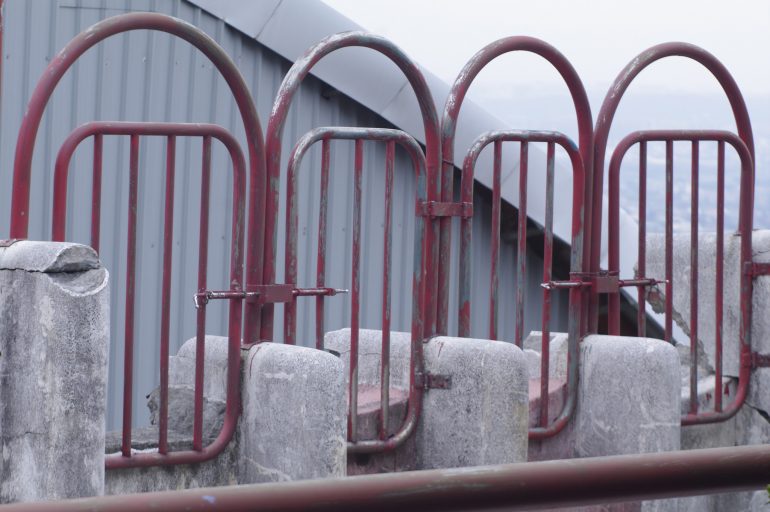 Gatekeeper, seasons wait for your nod. / Gatekeeper, you held your breath, /
made the summer go on and on.—Feist

Here’s a confession, Ploughshares readers: I’m a musical dinosaur. I have an unabashed love for Green Day and Counting Crows, and I’ve listened to Wu Tang Clan’s 36 Chambers almost weekly for eight years. If pressed, I can pick out a photo of Lady Gaga or distinguish between the voices of Kanye West and Lil’ Wayne, but that’s about it. This is how I found myself exclaiming to some friends, several months ago, that I’d recently “discovered” Feist, a singer who (it turns out) has been in the public eye for at least a decade. Oops.

Most people have similar dumbnesses regarding contemporary music. Industry execs grumble about the causes: for one, traditional radio is being replaced by services like Pandora, Grooveshark, and Spotify, which tailor their stations to individual listeners’ idiosyncrasies; for better or worse, there may never again be a time when all of America can’t help but be subjected, constantly, to the mediocrity of a band like Smash Mouth or Creed.

We’re right (very, very, right… don’t get me wrong) to be happy about this change. But it might be worth taking a moment to mourn that Americans-at-large now have less common ground to stand on, in terms of music, than they have since the days before FM radio. That common ground may have been a trash heap, but it was a trash heap we shared. The result of these shifts has been a stunning diversity of new music and new genres, feeding and defining one another—which is great—but also fewer contemporary musicians with whom everyone is familiar.

So why am I jabbering about the music industry? Well, because I think the same shift is taking place in poetry: online publishing and digital printing, plus the almost unchecked expansion of MFA programs over the past thirty-some years, have created a massive, diverse, and more-profitless-than-ever literary marketplace, which like the change in music is both exciting and worrisome.

Ask young fiction writers where they’d most like to be published and they’ll answer pretty consistently: The New Yorker, One Story, Tin House, Paris Review, Harper’s, The Atlantic. These are also the magazines that fiction writers are likely to read. But ask the same question of poets, and the responses are all over the map.

What does this suggest? Literary journals, after all, constitute the front lines, the rough drafts, of what might become “the canon.” When it’s no longer clear which journals are important, can a poetic canon continue to exist? And does it matter?

It’s already absurd to talk about Contemporary American Poetry as a whole, just as it’s absurd to speak broadly of “American Music”—what we have now are American Poetries: what’s “good” and what’s important have become subjective to the schools or aesthetics an individual or a small community of poets or editors favors. Maybe this has always been true. But if you’ve taken the GRE in Literature lately (I don’t recommend it), then you know it’s rare to encounter many poems written after 1930 on that test. On the other hand, in fiction, you can at least count on One Hundred Years of Solitude or Beloved or The Things They Carried making an appearance, because it’s a fair bet the test-taker has read all three.

By contrast, is there even one collection of poetry published in the last twenty-five years that most poets have read, and could discuss with one another, unprompted? I’m not sure there is, though I’d be curious to hear suggestions. And this worries me.

For now, when Tony Hoagland bemoans “skitteriness” Ron Silliman rants about the “School of Quietude,” or Kenneth Goldsmith tries to pass off an exact copy of a New York Times article as a poem, I’m mostly proud: proud of the diversity of our poetic moment, and how very wide the field is for emerging poets. The variety of criteria for what makes “good poetry” or even just “poetry” is so large that nothing at all seems outside of the genre, and as poets we should be thrilled to have such liberty.

But we should be cautious, too. We need to be able to speak to one another. We need to make sure that our moment generates the poetic equivalent of the Beatles (even if we have to churn out a few Vanilla Ices along the way), as prior generations have, so that we share common points of reference. If poetry is to remain relevant in the 21st century, those points of reference need to be in the near—not the distant—past: we need a contemporary canon, and we probably shouldn’t assume the canon will create or define itself.

Sean Bishop is a poet, editor, and graphic designer who teaches in the MFA program at the University of Wisconsin-Madison. He is the founding editor of BETTER (bettermagazine.org) and the former managing editor of GULF COAST. His poems have appeared or are forthcoming in ALASKA QUARTERLY REVIEW, BAT CITY REVIEW, BOSTON REVIEW, CRAZYHORSE, JUBILAT, INDIANA REVIEW, PLOUGHSHARES, POETRY, and elsewhere.