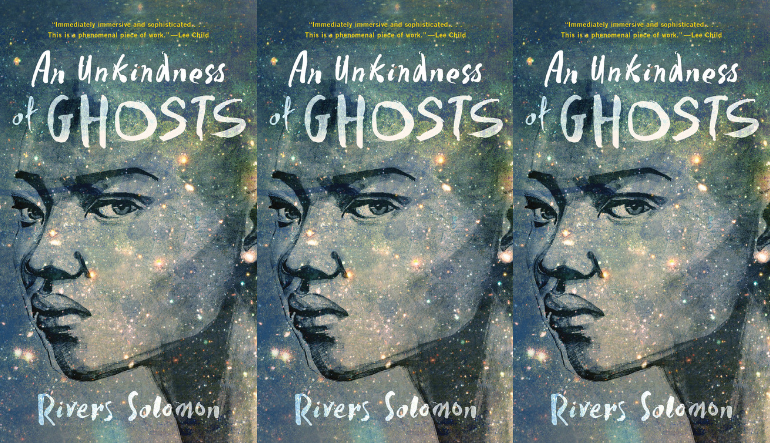 Last August, I attended a craft class by Tiphanie Yanique called “Making a Person.” There, she proposed four complementary approaches to characterization: psychological realism, social realism, magical realism, and science fiction realism. “In science fiction realism,” she said, “the locus of self is the body.” She cited characters with unusual abilities—think superheroes and androids and Edward Scissorhands—whose self was defined primarily by the body’s difference from “normal” bodies. This was a revelation to me. I paid little attention to the bodies of my characters. In part, this was a result of my white body, which can in its privilege masquerade as a neutral body. (As I begin this essay, in admiration of two black writers who approach their characters’ bodies with sophistication, I am acutely aware of that privilege.) In part, it was because I believed my body, and its gender, said nothing true about me.

After Yanique’s class, I tried to apply her idea to explorations of genderqueer identity in my fiction. I failed. For me, at the time, writing well about bodies that didn’t conform to binary gender expectations meant not writing about them at all. As my fiction explored my uncertainty about my own gender identity, my characters became disembodied. They lost their genitals first, then their legs, their hands, their chests. Their faces disappeared. After being asked by an editor for a physical description of a character’s face, I spent days trying to write a sentence that wouldn’t feel reductive or cliché, that might escape the entanglement of a male-female binary—nothing rough or strong or delicate or arched or bony or thick or hairy. I finally put the character in a felt hat and called it finished. It was the best I could do.

Rivers Solomon’s An Unkindness of Ghosts reframed my approach to nonconforming bodies. The novel, which they describe as “a science fiction meditation on intergenerational trauma, race, and identity,” approaches the protagonist’s genderqueer experience as inseparable from the body. Set on a generation ship, an interstellar starship structured like an Antebellum plantation in space, the novel follows Aster, a twenty-five-year-old medical professional living and working on one of the ship’s low decks. The novel consistently uses she pronouns to describe Aster. Aster never expresses desire to use a different pronoun. She’s black, so guards police her access to upper decks and to university classes. She has a vagina, so guards target her for sexual assault and abuse. She is nonconforming, so strangers call her names. Her world is not safe for her body. After being abused by a guard, Aster contemplates dissociation—“She thought it might not be such a bad thing to separate body from self.” But she doesn’t. She can’t—“self was tied up in body,” she says, “made of body, made of cells, hormones, chemicals.”

Aster’s body is described as hairy and muscular, but “without the external organs that produced testosterone.” Her lips are chronically chapped from the cold. She has an inked identification mark on her neck, a scar on her shoulder, deft hands. She’s had “her hysterectomy, her double mastectomy, various reconstructions after tussles and altercations.” The novel doesn’t fixate on her body—that could be reductive. Nor does it absent it—that would be erasure. It notes each of Aster’s features, and moves on.

Most importantly, the novel connects Aster’s body to her ancestors—the ghosts of the novel’s title. These ghosts are first visualized as breath, a “foggy sheaf” emerging from the body. “Wasn’t ancestry all about what lived in the body?” Aster asks. In Aster’s reality—as in our own—the body is more than cells, hormones, and chemicals. It’s a physical manifestation of all we inherit from our ancestors.

Other contemporary expressions of queer ancestry usually focus on chosen ancestors—historical models of queer activism, art, or entrepreneurship. The Queer Ancestors Project encourages queer artists to visualize their chosen ancestors. The Queer-A-Day: We Were There project combs historical archives to uncover queer figures. We’ll choose our ancestors, these projects suggest, as we choose our families. This process of uncovering historical queer models is valuable—it has been invaluable for me—but it’s only a piece of the story. We have parents and grandparents, too. We have biological ancestors as well as those who are chosen.

But in works of fiction with narrators who are genderqueer, biological ancestry is frequently absent—as in Jordy Rosenberg’s Confessions of the Fox—or antagonistic—as in Casey Plett’s A Safe Girl to Love. Certainly, these narratives echo the experience of many genderqueer folks, in which fully expressed identity can mean losing family support. This loss, however, is just one story—and by no means the only one.

In contrast, An Unkindness of Ghosts opens with the dedication, “To my mother and her mother all the way back to Eve.” The novel emphasizes biological ancestry. “A part of each person lay in their past,” Aster muses, “in their parentage and grandparentage, and if that history was missing, were said people incomplete?” At first, Aster appears to be orphaned. Her father is unknown. Her mother died when she was newborn. But we learn Aster’s mother, Lune, left journals behind for her child. These journals reveal that Lune tried to return Matilda to Earth.

As Aster works to complete her mother’s task, she becomes more aware of, and more comfortable with, her genderqueer self. To access spaces traditionally forbidden to her, she cuts her hair and dresses her body in men’s clothes. She feels “unlatched and freed” by her man’s that this shift comes from her increasing connection to her mother. When a man who knew Lune sees Aster, dressed as a man, he says, “You look just like her…” Aster’s only statement of self-identification—“I am a boy and a girl and a witch all wrapped into one very strange, flimsy, indecisive body.”—comes right after she decides to return to Earth, completing her mother’s unfinished task, her inheritance.

Aster’s connection to her mother also increases her willingness to risk her body in acts of protest and resistance. After Aster knocks out a guard who beat her friends, she’s asked, “What possessed you to do such a thing?” She answers, “My mother, I think.” After Aster leaves a child’s amputated foot as a gift for the ship’s leader, a reminder of his regime’s brutality, the novel suggests, “the ghost of her mother had inspired her.”

Resistance. Protest. Affirmation. Self-recognition. Aster receives these gifts from her mother, and puts them to use.

My mother can’t guide or support my genderqueer expression. She doesn’t understand my desire to wear men’s clothes or play with pronouns. We’ve stopped talking about politics. We’ve stopped talking about gender. We’ve stopped talking. But she remains present, always, in my experience of my genderqueer body. Four years ago, she survived ovarian cancer. I’m also genetically more likely to have ovarian cancer. I may need to consider, at some point, a preventative hysterectomy and double mastectomy. When I learned this, I felt a pulse of gratitude toward my mother. It was a gift, an opportunity to change forms without declaring allegiance to any gender, an affirmation handed down—an intimate, molecular inheritance.

I choose my queer literary ancestors. I look to Rivers Solomon and Eileen Myles, to Akwaeke Emezi and Jeanette Winterson. But my body—its cells, hormones, and chemicals—carries the codes of my mother and her mother, all the way back to Eve.

Often, genderqueer bodies are approached either as the problem—unwell, dysphoric—or as nonessential, frivolous. Often, in political conversation, genderqueer bodies are narrated as sites of activism, litigation, and medical necessity. Often, they are mourned as sites of violence. Often, they are viewed as isolated, fractured away from family and lineage.

An Unkindness of Ghosts reminds us these narratives are limiting. As Yanique proposed, the locus of self in this science fiction novel is tied to the body, a genderqueer body deeply and beneficially in conversation with the bodies, of all genders and none, that came before it.