Home
»
Uncategorized
»
Getting Back to Books: An Interview With David Mikics 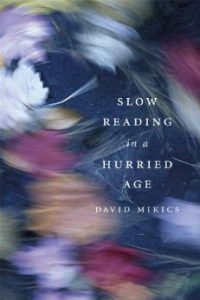 Let’s face it: there is a big, flashing world of distractions vying for your attention, trying desperately to keep you from that book  looking increasingly dusty and dejected on your bedside table. People scoff at the very idea of reading. In this crazy world, the argument goes, who’s got the time?

Mikics, a professor of English at the University of Houston who divides his life between Houston and Brooklyn, is the author of Slow Reading in a Hurried Age (Harvard University Press), a step-by-step guide to reading books amid the rushing world of an information-obsessed era. The book guides the reader through what amounts to a sort of extended independent study with a very approachable and patient professor.

Mikics spoke to me on the phone in the hours leading up to his departure from New York to begin the fall term at Houston.

Ian Stansel: Was there a specific impetus for this book, something that pushed you to write it?

IS: The first couple chapters (titled “The Problem” and “The Solution”) talk a lot about the effects the Internet has had our ability to read books. Can you talk about how you see new technologies changing our relationship with texts? 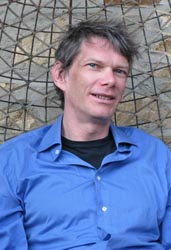 DM: I think there’s one basic thing, which is that reading requires and rewards patience. The Internet tells us that we don’t need to be patient. That’s the basic lesson of the Internet. And of course we wouldn’t want to give up the Internet; it’s made everything so much more convenient and all these connections are bestowed on us instantly. But the basic point about the Internet is that it tells you that you can go wherever you want instantly and you don’t have to wait for anything, you don’t have to struggle with anything.

I quote the line from Whitman: reading is “a gymnast’s struggle.” A book imposes a fixed shape on the reader, and it pushes back against you in a way that the web doesn’t. Because that’s not what the web is designed for. It guides you in an invisible way, of course, towards—for example—people who want to extract money from you. It’s an advertising machine, to state the obvious. In exchange, you’re being given efficiency and convenience.

But even people who really love the Internet have had the experience of just having wasted hours and hours and then at the end of it feeling frustrated and saying, “What have I been doing?” So I think increasingly people have the awareness that they want to impose some limits on their interactions with the online world and that they are looking for some alternatives to that.

IS: You speak of the rewards of reading that are missing from the experience of the Internet. I’m wondering what those rewards are. What are people missing by not reading, and reading challenging work?

DM: Reading really is about self-discovery rather than getting quick information, these tidbits of information, which is what you get from the Internet so often. Rather than getting up-to-the-minute news and the latest rumors, what you really get from reading is something much more unexpected, much more slow moving, and much more dramatic, really. You learn something about yourself as you learn something about the book you’re reading.

It can’t really be packaged as an advertisement for reading. You can’t impose it on people, but there is that lure towards self-discovery. You see something about yourself, about the world around you. The very fact that it is hard to package it in a quick lesson is, in a paradoxical way, proof that it is there. If you were able to reduce books to a motto or a SparkNotes-style boiling-down, then people wouldn’t need to read them.

IS: You go through fourteen rules to get that “more” out of your reading. Is there one that is particularly important to you either as a reader or as a teacher?

DM: As a teacher, the one rule that I always have to pay attention to is the one about finding the basic thought of an author or a book, which is very hard. You have to ask yourself, “What does the book I’m reading want to tell me?” And you try to come up with the most interesting answer to that question.

In teaching, you have to ask yourself, “Why do I want my students to read this book? What is it about the world or this author or the perspective of this author or the argument of this book that is important?” And there’s not one answer to these questions, of course. Some people will see an author one way, some people will see that author another way, but just the very idea that a book has an argument about the world, I think is important. You can’t just tell students, “Oh, read this because it’s great and it’s important for some reason and you’ll see.”

IS: You discuss novels, plays, poetry, and essays, all of which, it seems, have seen diminished interest over the past few decades— 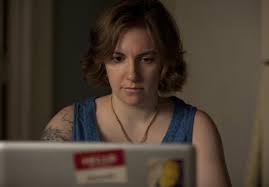 I think the other forms are still popular but it’s all mutating slightly. There’s a lot of poetry, but sometimes people are more interested in the poetry they’re writing than in the poetry that they might want to read. If you Google “poetry,” there will be many millions of hits. People love poetry, but they may not know their way into investigating various traditions of poetry. They don’t really know how to go further and see what’s out there.

IS: You write that a novel, more than any other literary form, “asks us to identify with its characters.” What is it about this form that calls on us to engage with our empathy?

DM: I think it’s the fact that a novel is just big enough. There’s nothing that’s too distilled, nothing reduced to a nice small shape. Everything has ample space to develop. And so it’s very different from a short story where characteristically things are seen from a distance, so an event might become an anecdote or an example. And that’s great too. I’m not choosing one form over the other. But in a novel you’ve really entered a world and you’re going through it with someone at your elbow—or you’re at that person’s elbow, more accurately.

IS: It seems like this long-term investment is more popular, especially on television, where you have more of these very long arcs where you get to know the characters in “Breaking Bad” or “Mad Men.”

DM: Yeah, and I think that shows us how the novelistic impulse still continues, just in a new medium. You might compare opera and early movies. Early movies took on a lot of the glamor, a lot of the splendor, a lot of the grand scale of opera. And that’s what is happening with series like “Breaking Bad” or, earlier, “The Wire” and “The Sopranos.” The fact that these are the really authoritative narratives of our culture is important because they are very novelistic. It’s obviously a question that fiction writers either lament or are at least fascinated by: why don’t novels have the same kind of immediate pull that these series do? I don’t have an easy answer for the question. 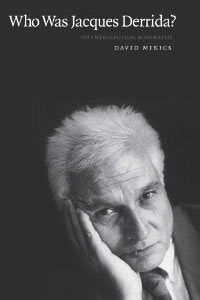 IS: Your critical interests seem incredibly varied. You wrote an “intellectual biography” of Derrida and edited the annotated Emerson. You’ve written on Shelley, Spencer, and Milton. You’ve penned a book of literary terms. And now this guide to reading in the Internet age. What would you say drives you as a scholar?

DM: Well, like anyone I’ve developed over time in a certain direction. I’ve always been interested in questions of the self in literature, and that’s certainly a theme in my work on Emerson and Nietzsche and the other writers that you mentioned. But I think that as the years have gone on I’ve also become increasingly interested in the common reader and how books speak to people. Why should people read these books? What is it they do to people? 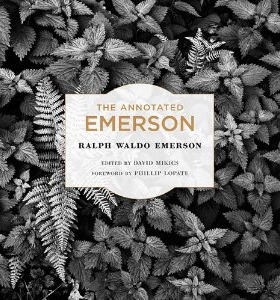 IS: So do you see your mission as a scholar and writer as being somehow different than some of your colleagues in the academic world?

DM: I think there are a couple aspects to it. There is something called “scholarship,” which I’ve done on occasion, where for example you try to figure out the meaning of this particular passage in, say, Milton’s Paradise Lost. This is a particular craft that has been going on for centuries and it’s immensely valuable. But there’s a different and distinct phenomenon, in which academic work can take on some of the appearances of scholarship but it can really turn out to be more of a sort of in-group having a dialogue among themselves about their own critical perspectives. I do want to avoid that.

The criterion for any literary critic worth reading is that this person really has a point of view. You have to show readers why you especially are worth listening to. And I’m not saying I’m always worth listening to—obviously no one is. But it’s important for critics and teachers to become more individual than they are now in their perspectives. Teaching and criticism are as personal in their ways as writing fiction or poetry. And so you have to take that on, rather than just saying, “This is what people are saying now and I ought to assimilate it just because it’s happening.”

I’ve also seen this in creative writers—or “writers” as we used to call them. It can have a bit of a crippling effect on a poet today—too much attention paid to what’s successful, what various successful poets are doing now, as opposed thinking about what it is that you really want to do. But, you know, as a poet or a writer or a critic gets older those things fall away, and as they become more mature they no longer are looking around all the time.