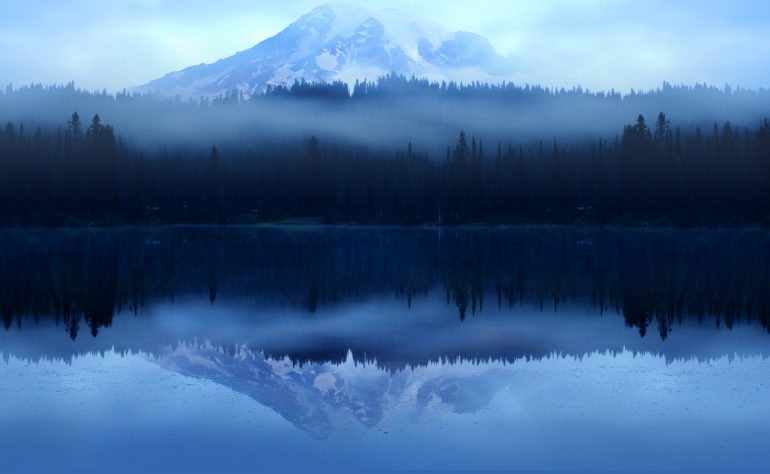 No place, not even a wild place, is a place until it has had that human attention that at its highest reach we call poetry. What Frost did for New Hampshire and Vermont, what Faulkner did for Mississippi and Steinbeck for the Salinas Valley, Wendell Berry is doing for his family corner of Kentucky, and hundreds of other place-loving people, gifted or not, are doing for places they were born in, or reared in, or have adopted and made their own.
–Wallace Stegner, “The Sense of Place”

All literature is, in a sense, the literature of place—for all literature takes place someplace, calls up a setting with all its specificity of look, taste, sound. No story is told within the void; each relies on a physical backdrop to give it shape and substance. To ask the essential question of literature—How do we live?—is also necessarily to ask: Where do we live? As the great writer of place Wallace Stegner once said, “If you don’t know where you are you don’t know who you are.”

But it is equally true that some books, some poems, are “place-ier” than others. These works evoke a particular city or geography, ineluctably; their words are infused with the mood of that land, be it that of the author’s provenance, or just somewhere that lives powerfully within her mind. And just as certain authors have concerned themselves deeply with place, so have certain regions cultivated remarkably robust literary traditions of place. Think of the American South of William Faulkner, Tennessee Williams, Kate Chopin, or the pioneer romances of Larry McMurtry, Willa Cather, Fenimore Cooper. These sets of authors created corpora that, though by no means homogeneous, cohere around sets of symbols and themes that helped make their respective regions legible to readers. Just as their homes made them, so they made their homes.

What is it about certain regions that lends them to rich literary heritage? America, taken as a loosely-gathered assemblage, certainly qualifies as such a place—one which has from its colonial beginnings mythologized itself into being. From the sermons of Jonathan Edwards and the poetry of Anne Bradstreet, through the picaresque of Mark Twain and the slave narratives of Frederick Douglass and Harriet Jacobs, to the shimmering, swaying tales of Scott Fitzgerald, we have told ourselves stories about who we imagine we are in order to become what we think “American” means. It means religious dogma and religious freedom; it means the frontier; it means abject cruelty; it means hope and the death of hope.

If we consider territories within the US that have birthed distinct bodies of work, they share in common with the country as a whole the quality of newness—which is not to suggest that they have not existed for long, but that they persist in a state of profound flux, still very much forging their cultural lives and traditions. The West, for instance, the Northwest in particular, still feels wild, provisional, like civilization has barely made inroads upon the vast blue-and-green theater that surrounds it. The South, for its part, still trembles in the wake of a shattering, violent history that has not settled, does not look like settling anytime soon. Writers of these places have been inescapably infected by history, geography, architecture, peoples—for place is not merely environment, but a constellation of traits that are always and necessarily attached to environment.

As the American South and West have nurtured their own genealogies of storytelling, they have defined themselves not only in relation to their formidable geographies, but also, notably, against the old and established: the North and the East. Why the South would frame its raison d’être in adversity to the North hardly requires explanation. The West, in turn, has historically abjured the urbane sophisticate of Eastern society, his submission to the rules and regulations that attend a contained life. Places like New York and Los Angeles, on the other hand, have not needed to take up these oppositional stances, bolstered as they are by industry, culture, and a long, rich history inextricably tied to the founding of the nation. They are, by comparison, placeless places. To call a place “placeless” is not to make a value judgment, but to attribute to it a certain fluidity of identity, even a cosmopolitan quality, that more place-y places lack. New York and L.A. have, for better or worse, conquered their geography.

Place is security, space is freedom: we are attached to the one and long for the other […] if we think of space as that which allows movement, then place is pause; each pause in movement makes it possible for location to be transformed into place.
–Yi-Fu Tuan, Space and Place

Of course, no place ever stops imagining itself into being, no matter how far beyond the concerns of nature and history it fancies itself. Think of Claire Vaye Watkins’ recent novel, Gold Fame Citrus, which envisions a dystopian future in which all the West’s water sources have dried up, transforming the region into a colossal desert which dogged inhabitants haunt like condors. The novel’s landscape feels impossibly foreign, but perhaps it should not; after all, California’s Central Valley is suffering an unprecedented water crisis. We would do well to remember that America is so very new, even now, and still subject to the whims of the oceans and mountains, to the forces of social and cultural change. We must take care with the stories we tell ourselves about ourselves. We must pause long enough to remind ourselves and each other what we value, and to write our values into our stories, the blood cells that will travel through the arteries of time to our descendants, and theirs, and theirs.