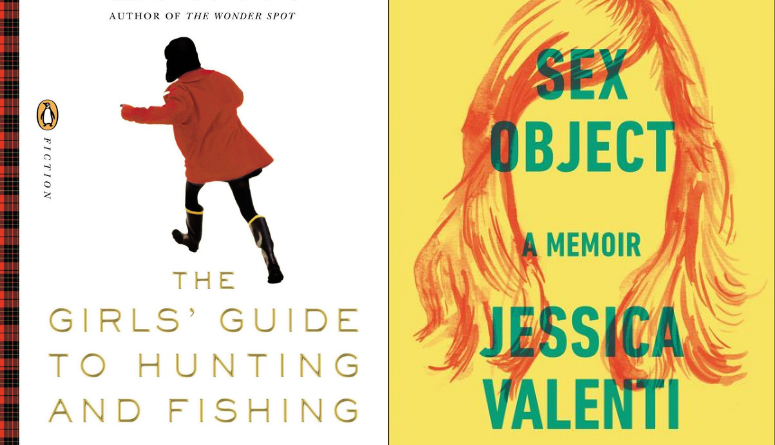 Twenty years ago, Melissa Bank published her book of interconnected short stories, The Girls’ Guide to Hunting and Fishing. In it, recurring protagonist Jane, who is funny and sarcastic and decidedly average-looking, stumbles from adolescence to adulthood, trying to figure out how to live. She yearns for childhood summers on Nantucket, holds the hand of her dying father, attains status as a rising star in the publishing world only to watch passively as her reputation comes tumbling down, and is drawn against her better judgment into the arms of an unhealthy older man who will not take care of himself.

Time and again, she crashes against notions of who she ought to be. Her family, her colleagues, the men in her life, and the women in theirs always seem to know exactly what she should be doing differently. “You could be pretty if you tried.” “I don’t think everything has to be spelled out.” “Sometimes you’re loved because of your weaknesses. What you can’t do is sometimes more compelling than what you can.” These are just some of the things they say in trying to fix her.

While Jane is an independent thinker and a pot-stirrer, she cannot help but walk around awkwardly, constantly offending (or feeling as if she’s offended) others’ sensibilities (“I’m like one of those animals that imitates its predators to survive,” she claims), bumbling through society as if wearing clown shoes. Twenty years after the book’s publication, I’m reading it and seem to see myself reflected in its pages: awkward, loud, inappropriate, pretending to know more than I actually do and acting more comfortable than I actually am.

Writer Jessica Valenti, having grown up too quickly on the streets of New York, with its subway masturbators and city kids packing drugs, came out the other end as everything Jane could be if she only had a way: angry, honest, unapologetic. Girls grow up in a world that pushes down any desire, outrage, or indecorous thought, making them pleasing, non-contrary, docile. But what happens when young women try to fight against the urge to be good and undisruptive?

Much like Jane—and like me—Valenti spent her younger years making up for how insecure and inexperienced she was by boasting the raunchiest, jokiest, loudest attitude about sex. “A high school teacher once told me that identity is half what we tell ourselves and half what we tell other people about ourselves,” she writes,

But the missing piece he didn’t mention—the piece that holds so much weight, especially in the minds of young women and girls—is the stories that other people tell us about ourselves. Those narratives become the ones we shape ourselves into. They’re who we are, even if so much of it is a performance.

In her memoir, Sex Object, Valenti recounts the many events throughout her youth and early adulthood that made her feel—in spite of her intelligence and the support of parents who did everything in their power to help her succeed—like she only had value as a walking piece of ass. Growing up, she was constantly scolded either for not being pretty enough or for being too sexy. She was treated like meat by high school and college teachers that attempted to conduct sexual relationships with her. A stranger on the train left semen on her back pocket. She was the victim of an internet frenzy focused on scrutinizing her choice of blouse and body angle in a picture with former president Bill Clinton.

When Valenti finally recognized this compulsive objectification for what it was, she started fighting it in earnest, changing both her own self-harming habits and the toxic lessons society teaches its women:

Women are raising children, picking up socks, and making sure you feel like a man by supporting you when you need it and looking sexy (but not trying too hard, because that would be pathetic). We’re being independent and bad bitches while wearing fucking lipstick and heels so as not to offend your delicate aesthetic sensibility, yet even just the word ‘feminist’ pisses you off. How dare we. Still, no name for the men who kill women because we have the audacity not to do what we’re supposed to do: fuck you, accept you, want you, let you hurt us, be blank slates for your desires. You are entitled to us but we’re not even allowed to call you what you are.

Reading Bank’s and Valenti’s books together is like tracking the footsteps of a voyager through space and self. From complete oblivion to aching hunger, from a sense of having eternal egg on one’s face to the recognition that society will always chastise and punish women for trying to be free (as Jane’s older lover tells her, “Freedom’s just another word for nothing left to lose”) while also blaming them for their own inability to achieve liberty (as Valenti writes, “I spoke on a panel once with a famous new age author/guru in leather pants and she said that the problem with women is that we don’t ‘speak from our power,’ but from a place of victimization. As if the traumas forced upon us could be shaken off with a steady voice—as if we had actual power to speak from.”).

“But then you hear that he can’t hear you,” writes Bank: “You see that he can’t see you. You are not here—and you haven’t even died yet. You see yourself through his eyes, as The Generic Woman, the skirted symbol on the ladies’ room door.” Valenti, as if in response, says: “Yes, we love the good men in our lives and sometimes, oftentimes, the bad ones too—but that we’re not in full revolution against the lot of them is pretty amazing when you consider this truth: men get to rape and kill women and still come home to a dinner cooked by one.”

What I find most demoralizing, however, is that just because we start to see the trap awaiting us doesn’t mean we don’t repeatedly fall into it. Being aware of the man behind the curtain, the man calling the shots and guiding our steps, leading us into conformist demureness, doesn’t free us from the game right away. There is an overlap—a time in which we are already questioning the role society has assigned to us while still dutifully performing it. A period we spend tiptoeing through the world of men, attempting to maintain a fine balance between desirability and invisibility so that we can be wanted by the right ones and avoid coming to harm by the wrong ones, while also seeing how wrong it is for men on the street to mouth off and then get off on our fear of them. That period is when life as we know it comes crashing down, when we can’t find our footing in a world that knocks us down only to show its cards, unapologetically. It is both soul-crushing and full of possibility. It is the moment of awakening. The moment when our eyes open and our attitudes start to change. When we realize we don’t have to obey the command of the man on the street sneering at us to “Smile, baby.” When we allow ourselves, when we feel safe enough, to call the men in our lives out on their entitlement. When we take our first steps toward walking confidently in a world we will probably never rule. It is the moment when heroes like Bank and Valenti are forged, guiding the rest of us from insecurity to light; from fear to force.