Home
»
Critical Essays
»
Grief in Lincoln in the Bardo 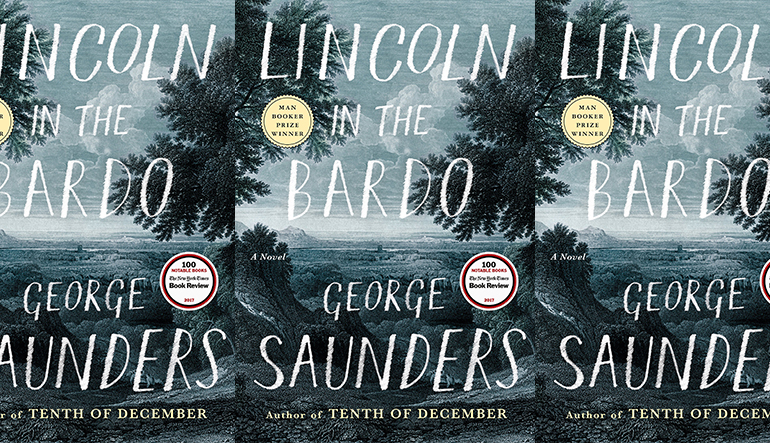 After two weeks of illness, William (“Willie”) Lincoln, the third son of Abraham and Mary Todd, died on Thursday, February 20, 1862. In George Saunders’ historical novel Lincoln in the Bardo, he dies the morning after a highly criticized party his parents threw at the start of the Civil War, heightening the narrative tension and the guilt the Lincolns might have felt as their son grew sicker. We are told that while “the rich notes of the Marine Band in the apartments below came to the sick-room in soft, subdued murmurs, like the wild, faint sobbing of far-off spirits,” twelve-year-old Willie only became more ill. His cheeks were “inflamed with fever” as the party raged in a room so hot that the windows were flung open, the partygoers faint. Saunders uses this back and forth between the party—described via a mix of real primary accounts of the evening and fictional primary sources, which are indistinguishable—and Willie’s slow decline to build his narrative and explore Lincoln’s grief.

Utilizing “primary sources”—whether fictional or otherwise—in a novel is unusual, but, for Saunders, extremely effective. When Willie dies, for example, we learn from primary sources that his parents remain with his body for half an hour before proceeding to his funeral; the evening after, we learn, it is Lincoln’s groans of “‘the hardest trial’” of his life that echo in the White House. Around midnight, his butler comes to see him, and we are told—through the butler’s account—that the president’s “hair was wild, his face pale, with signs of recent tears plainly visible.” If Lincoln did not find relief, like a steam-release valve in iron-works, the butler writes, he wasn’t sure what would happen. Regardless of the veracity of the sources Saunders cites—those that are fictional feel as authentic as the others—they propel the story forward and deepen the novel’s character development.

Before we witness Willie’s funeral, we are launched into the world of spirits alongside Willie himself. Lincoln in the Bardo, as indicated by the title, places Willie in the liminal stage after death that, according to Buddhist teachings, comes just before one’s next incarnation. We find some of Willie’s fellow spirits in various exaggerations of what is keeping them in bardo, including, most notoriously Hans Vollman, a printer who died before bedding his second wife, and thus as a spirit has a permanent erection. What Willie is doing in bardo is unclear, but the effect of building out these spirits, as well as the imagined interactions between Lincoln and his son after death, is the humanization of the historical characters—we understand them as plainly as we understand our contemporaries.

When Lincoln visits his son’s body, Willie, as a spirit, accidentally enters his father, having expected his father not to come to the cemetery. The other spirits provide narration, which evolves into commentary on the relationship between Willie and his father:

He had been sobbing all along.
roger bevins iii

Or gasp. I heard it as more of a gasp. A gasp of recognition.
the reverend everly thomas

Of suddenly remembering what had been lost.
the reverend everly thomas

And touched the face and hair fondly.
hans vollman

This intimate depiction of grief is successful because of the reader’s closeness to these historical figures and because of the access we are given to the scene as a result of our inhabiting the dead.

Lincoln in the Bardo acknowledges that to write a historical novel is to look at bones and imagine them as flesh and spirit. Saunders’ ability to incorporate the context, from the Civil War to Mary’s decline following her son’s death, of the historical events via “real” and “fictional” primary sources while allowing that context to support the development of a deep emotional register renders this novel powerful. Too, unlike the chapters that are composed exclusively of historical text, such as the one that follows this scene, where one quote often contradicts another—in accounts of the night sky during the infamous party, the moon is either brilliant, crescent-shaped, “yellow-red,” “high and small and blue,” or not there at all, depending on the source—the novel’s fictional chapters are consistent within themselves. As a result, the fictional is more trustworthy than the historical. Saunders’ understanding of this bias creates an interlocking narrative; primary texts serve as scaffolding for the more emotionally intricate elements of the novel. When Lincoln promises Willie’s corpse that he will visit again, we feel the full enormity of his grief.

Tags:George Saunders, Lincoln in the Bardo