Home
»
Reading
»
Guns and Poems: Why is it (almost) impossible to write a great poem about guns? 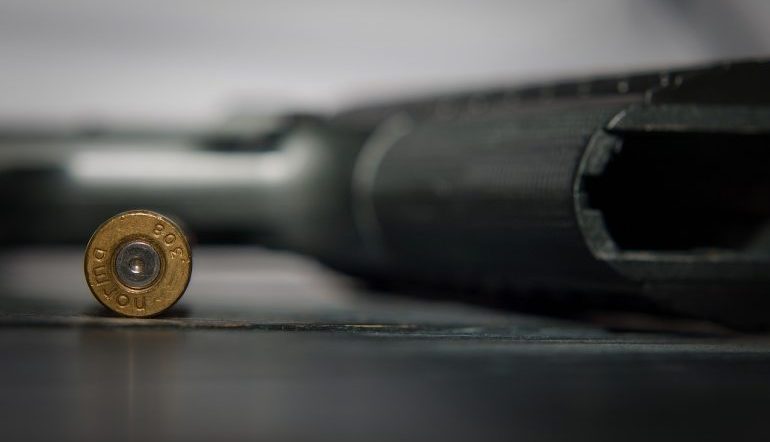 Poetry has a history of violence.

It was true a few hundred years ago, when bards wrote of knights and of great battles, and it is true today, when poets pick up their pens to write about the trauma of war, abuse, or repression. Whether they abhor it or glorify it, there is something about human violence that has always called poets into action. In fact, the link between history and violence is so intimate, you might even say that poetry is a history of violence.

Lately, as the public debate about guns continues in the U.S., I’ve thought about that history of violence. I know I’m not alone in thinking that the debate has grown depressing. Each side takes its familiar positions. Not only does nothing happen, you start to feel that no one is even listening anymore. I’ve found myself wishing the debate had a little more creativity, some space for openness, for change. And so, even though it might seem strange, I’ve begun to wonder what poetry could bring to the conversation.

So I started to look for poems about guns. And what I found was very surprising—there was so few of them. Searching anthologies and online databases I found countless poems about the effects of war, hate, and violence. But I found almost nothing about guns specifically. And I began to wonder why.

Maybe, I thought, the reason is obvious. Guns just aren’t poetic. They are blunt. They are obvious. There’s nothing subtle about them. I’m reminded of an episode of The Office where Michael Scott goes to his improv class and proceeds to ruin every single scene by entering with a gun. Guns are heavy-handed, and that’s one thing no artist wants to be.

I found that this was true even for poets who loved to write about battle. Take Ludovico Ariosto, for example. Writing half a millennium ago, he was a masterful poet of knights, chivalry, and heroism. But he hated guns. He called them a “wicked, ugly invention” that “destroyed military glory, and dishonored the profession of arms.” For Ariosto, guns threatened honor and bravery because they enabled a coward to kill a great knight at no risk to himself. They effectively took the poetry out of battle. They made it nothing more than a prosaic race for better killing machines.

So what’s a poet to do? The debate about guns is in need of some sort of renewal—the kind that poetry can give. But a truly rich, creative, and subtle poem about guns? It seems like an oxymoron.

And then I remembered reading about a poem called “A Revolver” by Carl Sandburg that was lost for decades until a volunteer at the University of Illinois at Chicago discovered it just a few years ago. I remembered that when I had first read the poem it had struck me as blunt and prosy. It was just a series of statements or observations, and it seemed more like a list than a poem. It begins:

This is a revolver.
It has an amazing language all its own.
It delivers unmistakable ultimatums.
It is the last word.

When I read these lines a second time, something clicked. I realized they were genius. I was reading a poem about how hard it is to write a poem about guns. Sandburg’s simple, declarative lines compare the revolver to a “club” or a “claw” and speak of how “a little human forefinger can tell a terrible story with it.” For Sandburg, as for Ariosto, guns undo the complexity and richness of culture and its values. It replaces them with a kind of terrible finality.

He focuses statement after statement on the revolver, only turning away to conclude more generally that, “nothing in human philosophy persists more strangely than the old belief that God is always on the side of those who have the most revolvers.” And with that, the poem ends.

It might be true, as W. H. Auden said, that “poetry makes nothing happen,” but it is also true as he writes later in the same poem, that poetry is “a way of happening, a mouth.” And so, I believe that news stories about guns are important, and I believe that statistics matter as well. But if I could add one thing to our policymakers’ reading, it would be this poem by Carl Sandburg. Not because it tells them exactly what to do. And not even because I know what it would make them think or say. But because it’s a great poem. And like all great poems it opens up a space for the world to show us something new, to renovate our minds and our values.

Image by Firstinduty via Wikimedia Commons