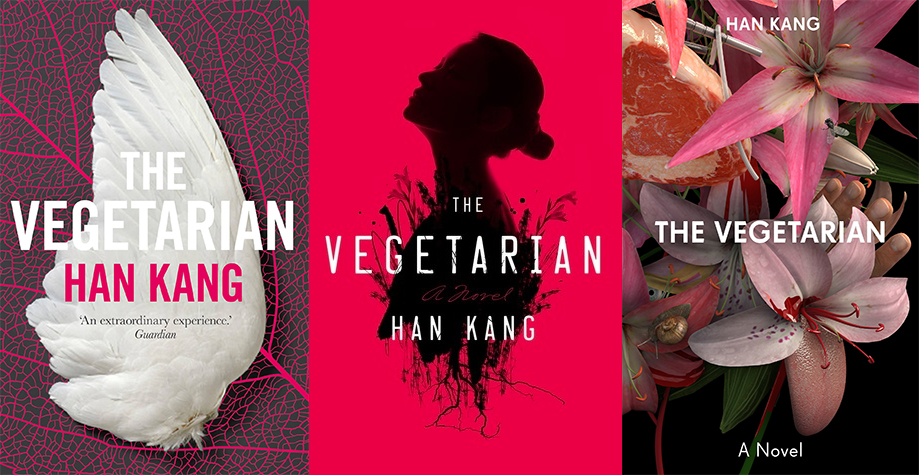 Last week, the winner of the newly refocused Man Booker International Prize was announced to be The Vegetarian, a novel by the Korean writer Han Kang, translated into English by Deborah Smith. Originally published as three novellas, the book is the surreal story of Yeong-hye, a young Korean woman who stops eating meat as a result of a nightmare. This puts her at odds with the society and the people around her, transforming her into a character who echoes Melville’s Bartleby. As the plot escalates, the story comments on the cultural controls placed on women through tradition, peer pressure, and even violence; the agency we have over our bodies; and the roles those closest to us play in our destruction or redemption.

Han Kang beat out the ubiquitous Elena Ferrante to win the prize. The Vegetarian was originally published in Korea and 2007 and is her first work to be translated into English, though her career spans more than two decades. Another of her novels, Human Acts, has since been translated and published in England. Human Acts is a historical fiction book about the Gwangju Uprising in 1980 Korea.

The £50,000 prize is split between Kang and her translator, Deborah Smith. This departs from past Man Booker International Prizes. For the first time, this year the prize was changed to focus on a single book instead of an author’s body of work, and it was a requirement that the book be in translation—as opposed to four of the previous six winners, who wrote in English.

Smith began teaching herself Korean only seven years ago, at 21 years old, when she decided she wanted to be a translator. She’s also of a cofounder a new publishing company in England, Tilted Axis Press, which will be publishing Human Acts. Besides Han Kang, Smith has also translated the Korean author Suah Bae.

In an interview, Smith said one of the reasons she picked Korean to learn was that “it is a language that practically nobody in [England] studies or knows.” Although the readership for translated Korean literature is small, it’s also growing exponentially. Research conducted by the Man Booker International Prize showed that only 88 copies of Korean books were sold in England during 2001, compared with 10,191 in 2015. This matches a huge growth in sales of translated work as a whole.

Before winning the Man Booker International, Han Kang won the Yi Sang literary prize, one of Korea’s most prestigious literary prizes. She continues a string of successful female Korean writers: four of the last six Yi Sang winners were women, as were four of the last six Hyundai Munhak Award (another Korean prize) winners. In 2012, Kyung-Sook Shin, another Korean writer, won the Man Asian Prize for her novel Please Look After Mom—she was the first woman to win the award.

Though Korean literature’s life in English translation may be just beginning, South Korea’s relationship with its books is, of course, much broader and deeper than the slice we English readers get to experience. Every October 9 they celebrate Hangul Day, a holiday to commemorate the creation of the Korean alphabet by the 15th-century King Sejong the Great. Today’s South Korean government is equally engaged in its country’s writing. It funds the Literary Translation Institute of Korea to the tune of ten million dollars annually in an effort to get more Korean writers read globally. The president of that organization has said specifically they hope to help produce a Nobel Prize-winning writer. Perhaps Han Kang’s achievement will continue to grow both the chances of that happening and the West’s appetite for Korean literature at large.