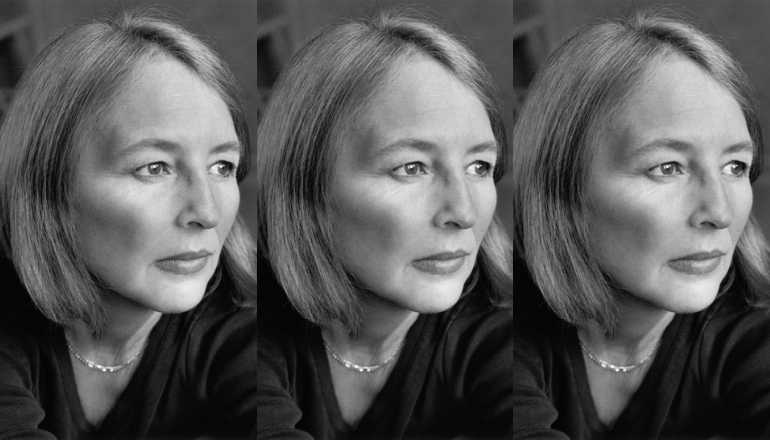 “You can say anything with kindness” is the oft-repeated phrase of most professors in writing workshops. It’s a reminder, of course, to speak the truth in our criticism of each other’s work, but to speak it gently. It’s one way to make the workshop environment feel safe and comfortable. Most of the time it works, which means that sometimes it doesn’t work.

But what if there was only kindness? That’s the philosophy of Deborah Clearman and her colleagues at the New York Writers Coalition: No criticism, just praise. It sounds radical, the idea that a writer would share a poem or story, receive only positive feedback in return, and continue to improve her writing, but Clearman says it works. The “praise only” model creates a whole new atmosphere of trust, which is important for Clearman because her workshops are held in a place where praise and comfort are often in short supply: women’s prison.

I heard Clearman speak recently about her experiences facilitating workshops with underserved populations, and I asked her to share more about working with incarcerated women.

PC: What drew you into working in a prison?

DC: This is a big question. The first time I walked through the halls of Rosie’s— the jail for women on Rikers Island is named the Rose M. Singer Center, but familiarly know to all as Rosie’s— I felt called. It was a long journey— over an hour by subway and bus just to get to the island, which is connected by a causeway to the borough of Queens, right next to LaGuardia airport. Once on the island my colleagues and I went through a processing center where our clearances were checked and we were given passes. Then we boarded a bus. There are five bus routes around the island, dropping correction officers, staff, lawyers, and service providers off at the ten different jails. At the entrance to Rosie’s, we left our cell phones in a locker, traded in our passes for Rosie’s passes, got our hands stamped with invisible ink, and waited for our escort officer. When he arrived, we put our bags through an X-ray machine, walked through a metal detector and entered the first of many gates. The metal bars shut electronically with a clang behind us before the gate in front of us ground open. Beyond the gate, we followed our escort down an almost endless labyrinth, long hallways, worn out linoleum, dodging puddles from a recent rain, bags of stinking garbage, officers fist bumping each other, lines of women shuffling past us on their side of a red line painted on the hallway floor. Through gate after gate. Windows showed a bleak courtyard with cracked cement, a basketball hoop, one dispirited tree. Down an even shabbier, more broken-down corridor off at an odd angle, to a door, where we left the building, walked around a patch of grass, and entered a trailer. Yes, the program called RIDE (Rikers Island Discharge Enhancement) was housed in a temporary structure up on blocks. The whole experience made me feel that the inmates had been discarded, like the piles of garbage in the halls.

We gathered in the RIDE trailer for a reading by women in NY Writers Coalition’s creative writing workshop, celebrating publication of their first chapbook. My dismal mood turned to wonder as I listened to the poems and essays the women had written. I marveled that words of such raw power and beauty could have been produced in this grim setting. Six months later, I took over leading that workshop.

DC: The challenges have a lot to do with the chaotic nature of jail. The inmates have little control over their lives there, and as a guest in the house (of the Department of Correction) I also have to follow rules and go with the flow. Women will arrive at any time during the workshop. They are often pulled out in the middle of the workshop for some other activity. Sometimes a woman will be sent in to sit in the room while waiting to see someone else, and I’ll invite her to join the workshop. Usually she will, often grudgingly. It’s difficult to ask someone to be creative under duress, so I make it as optional as possible. It’s also undesirable to have an observer who isn’t participating; it compromises the safety of the workshop. So unlike workshops that I’ve led in more stable places, where participants sign up in advance and come regularly every week, learning the guidelines and bonding with the other writers in the group, the workshop on Rikers is like a revolving door.

The rewards are tremendous. Emotional connection is what makes writing powerful. Every woman who walks into the workshop is feeling her emotions intensely. All I have to do is give her a sheet of paper and a stub of a pencil, and the writing pours out of her. The writing is sometimes imaginative, sometimes brutally honest, sometimes poetic, funny, deep, nearly always moving.

PC: Tell us a bit about the NY Writers Coalition method?

DC: In our workshops we all write together, both leader and participants. We keep it as non-hierarchical as possible. The leader gives a prompt, but it’s just a suggestion. Everyone (both leader and participants) can write whatever they want, in any form they want: poetry, fiction, nonfiction, even just a list. After writing, those who want to can read aloud what they’ve just written. No one has to read. The group gives feedback by saying what they like and remember in the writing. It’s too soon in the writing process for criticism, questions, or suggestions. The writing and the writer are too new and vulnerable. We also treat the work as fiction when we talk about it; we don’t assume that it’s true and autobiographical. This keeps the focus on the writing and prevents the group from giving the writer personal advice. It provides a safe environment for the writer to go deep.

I have absolutely seen [this method] work, over and over. When writers are told what is strong and beautiful in their writing, it lowers their inhibitions and opens the floodgates of creativity. When they hear positive feedback week after week, their writing goes deeper and gets better and stronger, through practice, and through hearing what they are doing well.

PC: What have you learned from facilitating these classes?

DC: Women in jail come from a variety of walks of life. They’ve made mistakes, but that under the ugly green uniforms they are human beings, and that we share a common humanity.

The following poem is printed with permission from the author:

Sitting on my bunk
with my mind racing
my nerves so bad my feet was pacing
Tap Tap Tap is the rhythm I can feel
and when it’s lunch the food makes me ill
and when I’m thirsty it’s dirty water
They don’t clean the cambro
and sometimes the hot pot runs out of water
shaking my leg is all I can do
It’s a very uncomfortable place for me and you
Tap Tap Tap I’m waiting on my date
until it comes the time I’m released from these gates
On Sundays it’s GI day
General Inspection
Shelters have no beds but they take a
inmate in like it’s a new election
Calcraft soap dries my skin
now I’m breaking out and it’s cracking through my chin
The sheets are threads and blankets are cheap
Looking at these walls make me weak
All the CO’s are different
and one loves to say she doesn’t like
Shaquita’s, Becky’s, or Marisol’s, and I think in my head
her good ole speech has run old
At night all I see is flashing lights
They may have sentenced me but my future is bright

Deborah Clearman has led a weekly creative writing workshop for women in jail on Rikers Island for over a year. She is Program Director for NY Writers Coalition, a nonprofit organization that gives voice to formerly unheard members of society—including the incarcerated and formerly incarcerated, the homeless, recent immigrants, seniors, at-risk youth, and others—through the art of writing. Her short stories have appeared in numerous literary journals, and her first novel Todos Santos is available from Black Lawrence Press.