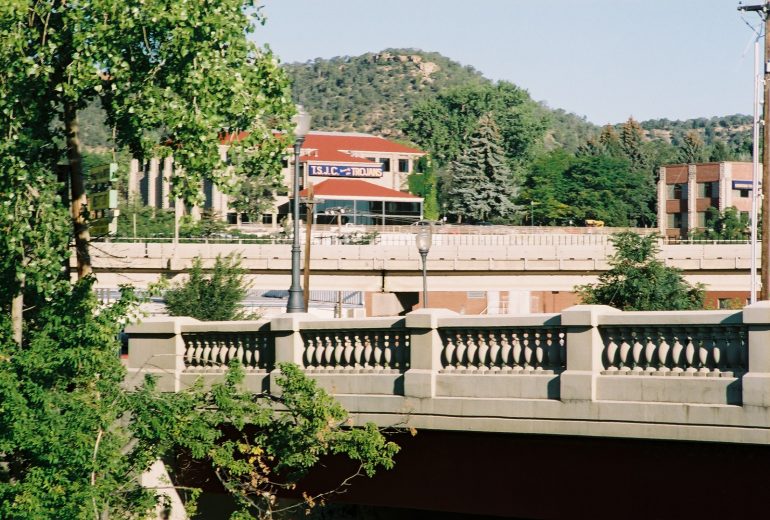 This is a series about women writing life, but sometimes the lives we write are not our own. We may have a personal connection to the historical characters in our poems or we may feel an inexplicable kinship, an irresistible calling to tell their stories. I’ve been told that I have no claim on stories that are not part of my personal history, so I asked Lavonne J. Adams, author of Through the Glorieta Pass (Pearl Editions, 2009), — which tells the story of women who travelled the Santa Fe Trail in the mid-1800s—what she thinks.

“[That stance] seems to make the assumption that we are unable to fully empathize with another’s experiences.” Adams said. “I understand the need to avoid perpetuating stereotypes, but I think that any dedicated and competent writer would strive for a well-rounded view of any person or situation. It’s an issue of craft.”

Indeed. Sometimes the tale is more important than the storyteller.

Adams speaks so eloquently on the subject of historical poetry that I asked her to share her writing process with Ploughshares readers:

I spent several years imagining that I was Georgia O’Keeffe. I read biographies, surrounded myself with books open to reproductions of her artwork, discovered and hung one huge poster of her orchids in the bargain bin at the Virginia Museum of Fine Arts. I visited her home in Abiquiui, drove the roads around Ghost Ranch, strolled through downtown Santa Fe and Taos; hiked the trails near Lake George where her studio once stood. Immersion.

As poets, we’re encouraged to make leaps of the imagination. Usually, these calisthenics lead to luscious similes, to astute observations concerning our physical and/or emotional environment that are meant to engage our readers. When I first read Rita Dove’s Thomas and Beulah, the re-creation of the courtship of Dove’s grandparents, another possibility shimmered like a mirage. Perhaps I had been searching for a different way to write. Perhaps I was simply and irrevocably tired of my own life.

Mark Strand posits that we read fiction because we want to escape; we read poetry because we want to connect. As writers of historical-based poetry, we are able to experience both simultaneously. This genre allows us to escape the cumbersome weight of our bodies, the burdens of our psyches, the fraught details of our daily existence. In its place, we create snapshots of another’s life, examining the emotional truth of that moment, decorating the lineated landscape with the artifacts of the time.

As I began to make this transition, I was profoundly affected by Natasha Trethewey’s Bellocq’s Ophelia. In her opening poem, Trethewey creates a fictional character living in the red light district of New Orleans. We learn that this poem is based on a photograph taken by E. J. Bellocq circa 1912. In the first stanza, Trethewey describes the model for Millais’s renowned painting of Shakespeare’s tragic character, Ophelia. In the second stanza, she provides a transition: “I think of her when I see Bellocq’s photograph.” In this manner, she cleverly establishes the photo by Bellocq as art (as opposed to pornography), which turns out to be essential in creating a persona that engages empathy. We have been adeptly maneuvered into viewing her Ophelia as a victim of societal circumstance, one who is granted compassion, but who earns admiration.

Diane Gilliam Fisher opens her collection, Kettle Bottom, with “Explosion at Winco No. 9.” The title establishes an incident and creates tension that provides fuel for the narrative. This is a persona poem; the narrator is a twenty-three-year-old woman, Maude Stanley, who is married to one of the victims of the explosion. Fisher begins with a catalogue of women claiming their dead loved ones, identified by details such as Tom Junior’s toes, “Which his steel-toed boots had kept the fire off of.” The first-person-plural point of view serves the collection well, as the voices of these women become like a Greek chorus, furthering the tragedy that defined the area and led to the West Virginia coal mining wars of the 1920’s: “It is true that it is the men that goes in, but it is us/that carries the mine inside….”

According to the publisher’s website, more than ten thousand copies have been sold, and the book has become a mainstay in Appalachian literature courses. Since Fisher is a native of the area, she is granted authority to discuss this history. No doubt, we all have memories of studying the history of our localities and visiting relevant historical sites when we were in elementary school. Still, that native authority carries into the realm of art only if the poet makes careful and deliberate artistic decisions.

My experience in writing within this genre began with visiting New Mexico, researching the Santa Fe Trail: reading women’s journals, studying the history of the Trail, then attempting to recreate snippets of their experiences through, primarily, first-person narratives. By the time I finished, I felt their voices echoing in my mind, as if I had created a community of women around me. They had become my conjured friends, and I felt a sense of responsibility toward them. I was reminded of the way women in my family once sat around my grandmother’s table, discussing family and friends, retelling stories. The resulting collection, which won the Pearl Poetry Prize, is titled Through the Glorieta Pass (Pearl Editions, 2009).

Entry into any creative endeavor is like prying open oysters—more effort than you might imagine. With my next project, the O’Keeffe poems, I felt as if I was wooing the famous artist, looking for a way to write about her that would win her over, that would allow me to co-opt her life and turn it into my art. First person narrative seemed too presumptuous. Though I am not a painter, I created, primarily, an ekphrastic collection titled Palette. I linked what was happening in her life with what she was painting, using artwork as milestones in reconstructing her story. Definitely an inexact science, but I granted myself a dash of poetic license.

Many years ago, I read an essay by Donald M. Murray in College Composition and Communication (February 1991), titled “All Writing is Autobiography.” If the assertion made in that title is true, perhaps I was drawn to Georgia O’Keeffe’s relationship with Alfred Stieglitz because I was trying to unravel the complexities of my own love life. Perhaps I was trying to come to terms with my deceased father’s proclivity toward adultery as I studied the way O’Keeffe dealt with Stieglitz’s indiscretions. Or perhaps my subconscious goals were more lofty: I wanted to understand what fueled her creativity as I struggled with my own. O’Keeffe believed an artist should feel fear as they begin every new project. This is how we know that we are challenging ourselves, we are continuing to grow. Artistically speaking, perhaps we should all be afraid every day of our lives.

These blooms sweeten the cooling air,
rise like trumpets in a silent
fanfare to the dark. Cleopatra seduced
Caesar with its nectar. Italian beauties
sipped it to heighten their appeal—
pupils expanding like ink stains. Shamans
gleaned it for their prophetic dreams.
When crushed, this flower’s
come-hither scent transforms, reeks
like a festering sore. Too many seeds are toxic—
caused one man to gouge out his tongue,
others to shudder into comas, their final
breaths gnawing inside their chests.
But for now, forget all that,
forget how, on the far side of the country,
Stieglitz is ravenous for adoration,
how Dorothy Norman’s eyes engage
his Graflex’s lens as she loosens
her slip’s strap. Instead,
stay here with O’Keeffe—
where porcelain roosters are perched
on the eaves, where the odor of roasting
chiles drift from the kitchen—as she counts
125 Jimson blossoms. Her eyes note
the depth of each throat, the slight
tincture of violet staining each stamen,
the particular way the plants occupy
their space, thriving like an illusion—
anemones in a spiky green sea—
where the ground is its most dry.

Lavonne J. Adams is the author of Through the Glorieta Pass (Pearl Editions, 2009), and two award-winning chapbooks, In the Shadow of the Mountain and Everyday Still Life. She has published in numerous literary journals, including Prairie Schooner, Missouri Review, Cincinnati Review, and Crab Orchard Review. She has completed residencies at the Vermont Studio Center; the Helene Wurlitzer Foundation, Taos; and the Harwood Museum of Art, University of New Mexico-Taos. She teaches at the University of North Carolina Wilmington.