Home
»
Reading
»
How a Polar Bear with an Axe in its Head Might Save You: Two Stories by George Saunders 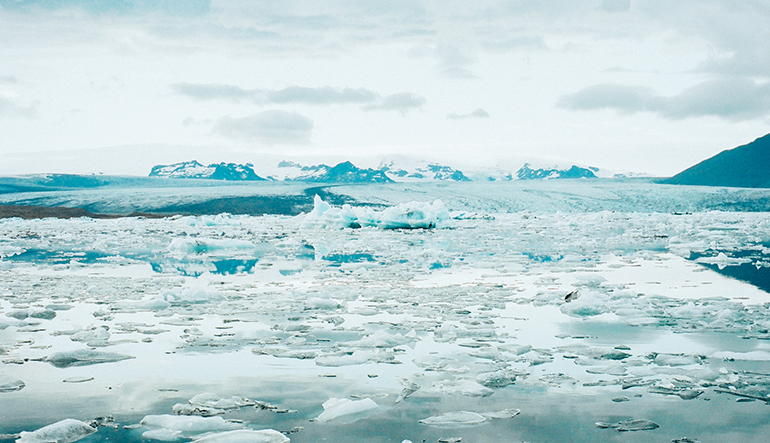 The Inner Hornerites, in George Saunders’ The Brief and Frightening Reign of Phil, finally have chance to strike back. They’ve been taxed and belittled, imprisoned in a Short-Term Residency Zone, their friend Cal disassembled by Phil’s Special Friends before their eyes. But the Special Friends have fled. Self-imposed Pres. Phil’s brain has slid off its rack, causing him to slump onto the barbed wire of the Peace-Encouraging Enclosure. A final spark fires from his nosehole. King Rick of the peaceful Greater Kellerites has released the Inner Hornerites from their prison, but advises them not to seek revenge. “Love life, walk in a circle,” he says, “learn to enjoy coffee! Will you do that? Will you promise to try that?” But then he exits the stage quickly. The Inner Hornerites now outnumber their aggressors. They fall upon the few remaining Outer Hornerites “with all the fury of a people who, naked and starving, had been imprisoned for days on end, in a cage.” In a sudden reversal Outer Horner finds itself on the brink of extinction. The so-called brief reign has unveiled its own irony. Phil is gone, but violence continues in his wake.

Meanwhile, in the Saunders universe of “In Persuasion Nation,” a cast of victimized characters from commercial vignettes find themselves in a near-identical position. There’s the man who’s been involved with a Ding-Dong, the stabbed orange, squished halves of a human head, Jim the penisless man, and an injured grandma-with-walker. On the other side, respectively: Ding-Dong, Slap-of-Wack bar, grandparents-who-love-Doritos, Jim’s friend who tricked him out of his penis, and a grandson ignoring the aforementioned grandma while eating MacAttack Mac&Cheese. Like the Inner Hornerites the vignette characters take up arms. “It’s a bitter fight,” writes Saunders, “which we know because out of a big cloud of dust fly a number of limbs, a bottle cap, bits of delicious flaky chocolate, and part of an orange peel.” “Please, mercy,” the Slap-of-Wack bar says. “When did you ever show us any mercy?” asks Jim the penisless man.

I’ve been thinking quite a bit lately about these stories because I’ve felt increasingly weak to a meta-narrative within our country that looks, at least from my end, pretty all-consuming, infectious, and inescapable. When placed within the context of its own emotion, this narrative sounds something like: ANIMOSITY AND FEAR TOWARD THOSE WHO WANT TO HURT ME!! With “those” being this sort of Mad Libs-on-steroids deal, most often filled in (especially in the sort of media we choose to read and repost) by things like “the one-percent” or “police officers” or “that certain U.S. presidential nominee” or “voters from rural areas.” Or, on the Fox News, or maybe to a certain extent select small-town paper, end of things, “those” being filled in with “terrorists/immigrants” or “people rioting” or “that certain U.S. presidential nominee” or “voters from urban areas,” etc. The point being that, regardless of where we find ourselves on the political/ideological spectrum, we are all of us basically drinking from the same jug of emotional Kool-Aid, a brew that, if you’re anything like me, doesn’t just lay dormant in the stomach but ends up in the blood stream, in the bones, giving a sickening pallor to the skin.

Emotions have an unprecedented neurological fluidity. They drift down into boring routine daily human life. And so, personally, even though I actually in any measurable terms have less to fear than the average human on planet Earth, I find myself walking home late at night with a key between clenched fingers. I engage in fractured routine internal debates, as if two people stand in my brain behind podiums. This weekend the state police roped off two blocks of my city in search of what turned out to be a bombless suitcase, and there I was circumnavigating the police tape, walking past buskers and men with cardboard signs ad college first-years with their dopey visiting moms and dads, investigating them all with a harrowed on-alert buzz, bracing myself for impact.

Big surprise: in neither of Saunders’ stories does attacking the aggressor pay off. Before the Inner Hornerites do real damage two big hands descend from the sky, not pleased with the way things have shaken. The hands disassemble Hornerites Inner and Outer, all except the scrap heap that was Phil, then make fifteen entirely new, hopefully better beings. All the while the vignette characters are burying their enemies, “a little sick at what they’ve done, especially the orange, who several times becomes so distraught it stops rolling altogether.” Later Jim the penisless man asks the Slap-of-Wack bar (which through mediation and prayer has been reborn, so to speak, into a flying green triangle): “Couldn’t we all, working together, devise a more humane approach? An approach in which no one is humiliated, or hurt, or maimed?” The triangle shoots green beams at our gang of heroes. In amnesic state they each return to their respective narratives.

These are stories, in their own ways, of pain avoidance. Jim’s question is the sort of thing we often ask ourselves, then we hop online, something threatens us, scares us, and, well, off we go. What Saunders shows is the frustrating double bind, the manner in which any action comes back to harm. Do we naïvely return to our vignettes, certain to get hurt by the loudmouthed bullies of this planet? Or do we fight back, destroying said bad guys but in the same act destroying something fundamental and moral and human inside of us?

So, all right: in walks this polar bear. Another vignette character, his commercial is he breaks into an Eskimo’s house to steal Cheetos, only to get an axe in his head. He watches this new green triangle squash Jim et al.’s resistance. He doesn’t know what to do. Should he try fighting back? Should he return to his own sad vignette? Saunders paints for us in no uncertain terms the degree to which getting an axe in your head really hurts.

What the polar bear stumbles into is this sort of third way of engagement. The Eskimo father storms in with said axe, clearly enraged: “But for the first time the polar bear also notices, in the man’s eyes, a deep sadness. Of course, of course, it makes perfect sense! How much fun can it be, driving an axe into the head of a perfectly nice polar bear, day after day, in front of your kids?” “I know you don’t want to do this,” he tries to communicate to the Eskimo, using his eyes: “I forgive you.” The Eskimo communicates, using his eyes, that he doesn’t like this either. He swings the axe. The polar bear runs out of the igloo, axe in head. The commercial plays just like always, nothing changed on the surface, except now the polar bear veers off course, running toward a cliff, stumbling off of it.

And falling now, waiting for death, the polar bear sees that there is something beautiful and big and more powerful than the flying green triangle. There is a real actual GOD, he realizes, who “may not even know about the way His universe is being run roughshod over by this twisted, false GOD! The real actual GOD, the polar bear realizes in his last instant of life, has been heretofore entirely unknown to him!” Perhaps it’s this new compassion for the Eskimo, or his realization that he’s such a small creature, or, as Saunders writes, merely the fact that “no one in this sub-universe can die without the express consent of certain important parties,” but when the polar bear hits the ground he does not die, but bounces, rocketing back up into the air. “Let us begin anew!” he yells to the penguins gathered at the top. “Free your minds! Free your minds and live! There is a gentler and more generous GOD within us, if only we will look!”

Saunders’ penguins don’t listen—they are too cool, a bit disaffected, also weary of “heretical subversive nonsense.” They waddle off, and we go with them, watching them perform their own new vignette in which Skittles take form from their eggs. We can only assume that the polar bear continues in motion, rising, falling, hovering, proclaiming his decree to the vast tundra, finally awake, that axe still in his skull.

If this is the way out, make no mistake: it is so dang painful, it is isolating, it is freedom but a constant fall.

Tags:George Saunders, In Persuasion Nation, The Brief and Frightening Reign of Phil