Home
»
Personal Essays
»
How About This Weather? 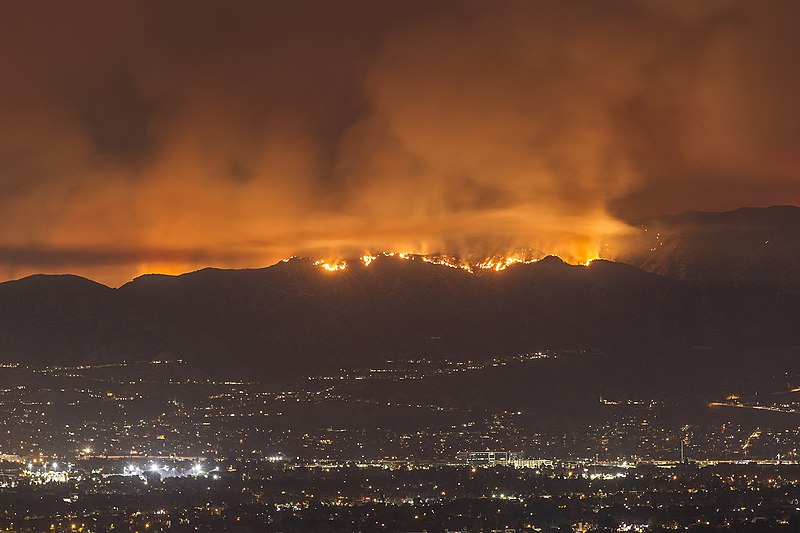 I love going to Israel during the winter holidays. I escape the ominous windchill gusting off the Hudson River and enjoy the equivalent of a second autumn—cloudy skies, some rain, the vegetation that in summer blanches and burns out, standing out verdant all around. The only thing that feels difficult about Israeli winter is that the country always appears to be poorly prepared for rain. Street corners turn into enormous puddles and electric outages abound.

But this year, things got much more dramatic. During two major rainstorms, several cities around the country experienced flooding. Storeowners lost their wares, cars were carried away into streams. Returning from the beach, some surfers were forced to lie on their boards just to get to the end of the block. In the town of Nahariya, schoolchildren had to be lifted away from school on the hoe of a digger. A young man died while rescuing a family from their car. The most nightmarish moment came when a young couple got stuck in an elevator in a building in an impoverished southern Tel Aviv neighborhood while it slowly filled up with water, drowning them to death.

My family and I saw images of the flooding, horrified, from the comfort of my in-laws’ living room in a suburb of Tel Aviv. The terror felt sickening, yet far away. It’s as if even the weather bows to privilege. But, of course, it isn’t the weather that bows to it. It is municipal infrastructure. It is taxpayers’ shekels. It is a country spinning out on a gale of inertia, creating more and better services for the middle and upper classes while those who really need them wilt. On one morning that was expected to be very rough, we figured we would be caught in terrible traffic. Instead, the roads were empty and the rain never came. It seemed as if all of us in central Israel were children blubbering in half-sleep about a bad dream.

In the poem “Bad Weather” by Marie Howe, published in her 1988 collection The Good Thief, an unseasonably stormy month of June brings on thoughts of the apocalypse. The speaker attempts to reassure herself: “What does it matter that this cold June breaks,” she says—but she can’t help but sense that “something doesn’t fit.” Everywhere she looks, signs of a greater calamity appear. With an almost superhuman attention to detail, she notices the spiders overrunning the nests in the rafters, the house creeping farther from the road, the ram lambs refusing to eat, appliances ceasing to work. While the world seems to go on unworried, merely inconvenienced by the untimely rain, the speaker witnesses the demise of normalcy. Her partner moves through the house, fixing whatever is faulty, cleaning whatever is shattered, while she peeks from under the covers like a child afraid of monsters, telling herself, “There’s nothing we can do. / Nothing. It could be ten years ago. I could be dreaming. / This could be last winter all over again.” It is unclear whether this is a comfort she is attempting to offer herself or a pronunciation of an even worse fear—that she could be reliving a harsh memory or an unreality.

It can be easy, under certain circumstances, to imagine that catastrophe is worlds away. Just as it is easy, from the comfort of the East Coast, to relish in the warmer-than-usual winter and pretend like there are no fires consuming the wildlife of Australia or endangering the children of California. We know this to be true, and yet it is all too easy to ignore the catastrophe and continue to allow our carbon emissions to increase and our wetlands to be turned into wastelands.

We read the news, we look out the window—we can practically see the apocalypse coming. Maybe we cry, make small sacrifices. But in the face of the denial proffered by political leaders such as Trump and Australian prime minister Scott Morrison, we feel less like righteous prophets and more like raving paranoids, finding disaster wherever we turn.

What, then, are we to do when we see the end approaching, but fret, like the mother-spider in Howe’s poem who, “beside herself, has seen this happen only once before, / the eggs draped with gauze” or lie in wait like the sheep who are “credulous and sturdy and dumb”? Eventually, like the doors and windows in Howe’s house, opening an inch at a time and yet refusing to stay shut, inconvenient truths come to light. Eventually, we must concede we see the chickadees falling from the trees, the nails loosening from the walls, the world rushing in, overrun by the wild nature we tried to tame.