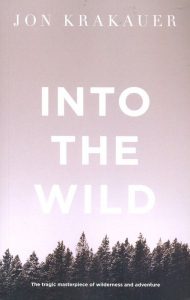 Years ago, feeling creatively unfulfilled at my full-time publishing job, I took a continuing education class at The New School on pitching creative nonfiction to the glossy mags.

Throughout the course of the semester, we worked our way through Robert S. Boynton’s The New New Journalism, which contained a series of interviews about process with immersion journalists. Over the course of my reading, I was struck by the ways in which writers could use their craft as a means of experiencing worlds outside of their own, use their credentials as entree into experiences they’d always wanted to have. Suddenly introduced to the works of Susan Orlean and Jon Krakauer, I found myself intrigued.

I had already, unconsciously, been doing this as a sex writer, using my writing as a form of shock therapy in order to deal with the aftereffects of an abusive relationship. But my mind raced as I considered the possibilities. What more could I be doing?

But in the grand scheme of things, immersion journalism and other forms of narrative nonfiction, such as memoir, have done more for me as a reader than as a writer, allowing me to vicariously experience things I’d be too much of a wuss to ever even try, and to consider versions of life that generally feel out of reach.

After finishing up The New New Journalism, I immediately picked up copies of Susan Orlean’s The Orchid Thief and Jon Krakauer’s Into the Wild.

Orlean’s work showed me a life filled with all-consuming passion. This was something I envied, as my most all-consuming passion at the time was my cats, and I suspected that didn’t really count. I yearned to immerse myself in a craft—as John Laroche did in The Orchid Thief—that brought greater meaning to my life. I just wasn’t sure what that craft should be. Reading Orlean’s work only highlighted the fact that I felt at a crossroads in my own life at this time, unsure of what I was working toward or what type of career I was building. I was a writer. I was an editorial assistant. I was a singer. I contained multitudes. But shouldn’t I have more focus? Was I merely a jack of all trades, a master of none? I longed for Laroche’s sense of certainty.

At the same time, I was similarly vulnerable to Into the Wild, though the book’s message was pushing me in a slightly different direction. Many see the story of Christopher McCandless as one of hubris, self-indulgence, and bad decision-making. But I couldn’t help but see McCandless’s journey as one giant yes to life—another search for greater meaning outside of the bounds of ambition, responsibility, and cultural expectation. Would I ever toss all of my worldly possessions and set out on a massive walkabout through the wilderness? Could I? I doubted it. I felt trapped by what was expected of me but, having been raised to define success in only one, particular way, I didn’t yet realize there were other paths open to me. Paths a lot less extreme than the one McCandless had taken.

Having connected to these stories so strongly, these books only whet my appetite for the creative nonfiction form. After purchasing and consuming everything Krakauer had ever written, I went on to take a decisive shift from a readerly life filled with contemporary fiction to one filled primarily with narrative nonfiction. Not all of the books I read affected me as profoundly as those first few reads, but they all showed me versions of lives that were possible, even if I only made small changes.

I had always enjoyed Barbara Kingsolver’s novels, and my heart had been captured by her collection of essays, Small Wonder, so it was no surprise that I absolutely adored Animal, Vegetable, Miracle—so much so that, at this point, I’ve already read it three or four times. This book makes me wish I was the sort of person who could live off the land, supplementing a homegrown diet with fare from the local farmer’s market.

In reality, I can’t keep a houseplant alive and I’m not outdoorsy enough to maintain my own vegetable garden. And so I live vicariously through Kingsolver’s words and, as a compromise, try to avoid processed foods as much as possible.

On the other end of the foodie spectrum, I salivated over Steve Almond’s Candyfreak, an account of the author’s tour from candy factory to candy factory. As someone who has ordered pumpkin pie fudge, Candy Cane Kisses, Cadbury Mini Eggs, and a 21-oz. bag of Lucky Charms-style cereal marshmallows from the Internet, I envied the behind-the-scenes access Almond gained into the world of candy production. It seemed, to me, like a real-world version of Charlie and the Chocolate Factory.

Then there are Under the Tuscan Sun and Eat, Pray, Love, two books that oftentimes rub people the wrong way because of the obvious privilege their narrators live with. Though I find myself privileged enough to live the type of life in which I can work from home, only leaving the house for work and yoga, supported by a husband with a far more lucrative career than my own, I sometimes yearn for something more: the flexibility to leave this life behind—if only temporarily—and find myself a new, more indulgent life abroad. Again, to immerse myself in something beyond my everyday experience. Elizabeth Gilbert and Frances Mayes do this in their books, in much the same way Christopher McCandless did in Into the Wild, leaving me simultaneously enthralled and envious.

But my husband’s job (and, now, the house we own and the baby we just had), leave me unable to adopt my own location-independent lifestyle. And I can’t say I don’t experience some small amount of regret. Once upon a time (about seven years ago), I turned down the opportunity to work in England for three months because I felt it would be bad form to abandon my husband (even if only temporarily) just a few weeks after getting married. Now, I’m even more strongly tied to this average, suburban life, and so I can only live out that particular dream by reading other people’s stories.

When I think about it, the underlying theme in many of the books I enjoy is that idea of abandoning responsibility and saying yes to the possibility of a larger life.

In Noelle Hancock’s My Year with Eleanor, the author spends a year doing one thing every day that scares her. In my own life, I’ve often felt held back by my own fears, so Hancock’s experiment intrigued me (though not enough for me to be brave and follow her example).

In Danny Wallace’s Yes Man, the author literally says yes to life, answering in the affirmative to any request and opportunity that comes his way. The results are sometimes bizarre, but his life ends up the richer for it. Again, because of my fears and my chronic anxiety, I am the type of person who always says no. Reading Wallace’s book helped me to at least imagine what might be possible if I changed my ways.

I have similar, recently-published books in my TBR pile:

I also subscribe to literary magazines such as Creative Nonfiction, an out-and-out tribute to the form, and Oxford American, rich with southern-based narrative nonfiction. I find myself fascinated by pieces such as Leslie Jill Patterson’s “Writing for Life,” Amy Thigpen’s “The On-Ramp,” Rosecrans Baldwin’s “Scout’s Honor,” and Harrison Scott Key’s “Fifty Shades of Greyhound,” which give me brief peeks into other worlds, and which also introduce me to new writers I can’t help falling in love with.

I may be holed up in my home office, nursing my daughter, writing up an article on the goals of sex therapy, with no plans to travel farther than the local supermarket at any point in the next six months or so. But a quick trip to my bookshelf or my magazine rack, at least, can take me somewhere new. If only for a half hour.

Which worlds do you choose to inhabit when you read? Does fiction do it for you or, like me, do you prefer to visit with those who are actually living the life you want? Which books represent your deepest wishes?

What else should I be reading?