Home
»
Uncategorized
»
How to Shake the Other Man 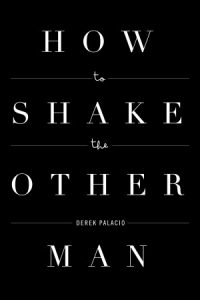 In his memoir Townie, the young Andre Dubus III describes his early years in northern Massachusetts, where as a young man he turned to boxing as a form of escape. Not just escape, actually; salvation. A way to cope with his fractured life and family. Something similar happens in How to Shake the Other Man, the new novella by Derek Palacio—whose work was also just selected, alongside former Ploughshares contributor Jamie Quatro, for the O. Henry Prize Stories 2013.

On page one of Palacio’s slender book, we’re thrown into the midst of a training bout with Javi, a former rent boy living in Queens. Boxing, we quickly learn, has provided a fairly literal escape from Javi’s life on the streets; out cruising one night, he picked up a local coffee stand magnate, Marcel, who quickly took him under his wing—insisting that he train to be a boxer under Marcel’s brother, Oscar, the owner of a local gym.

Javi does as he’s told, but like the later Dubus, who in retrospect shows some ambivalence about the violence in his past, Javi’s relationship with boxing is a complicated one; mostly he’s there at Marcel’s behest and then, when Marcel dies slightly before page one, in memoriam. His trainer Oscar, meanwhile, has even more literally used boxing to escape, fleeing a stifling life with his mother in Miami to open his aforementioned gym in New York. And while Oscar has always wanted to be a trainer, as the story progresses it becomes clear that, like Javi, his current retreat into boxing was also orchestrated by Marcel—who himself fled to New York much earlier, seeking a community more sympathetic to his sexual orientation.

It’s fitting that Javi and Oscar were ultimately steered together by Marcel, too, because it’s his ghost that keeps them tied together during this elegant, economical piece of storytelling. Or, at least: it’s Marcel’s ghost that makes them hesitate, pondering whether to carry on with each other rather than simply cutting loose to figure out life on their own. Fealty, for these characters, is both a cross to bear and a crutch, and that conflict drives the story both literally and thematically. So too does the uneasy machismo that runs through the two principals as they triangulate their relationships, both to each other and to their dead beloved.

From this description you might be expecting a Junot Diaz comparison, and I suppose that’s apt enough. (Palacio also gets a great deal of mileage from his Spanish-inflected dialogue, which is convincing but not overly obtrusive.) There’s something less gritty about Palacio’s prose, though, more measured—and the better comparison, I think, is probably Dubus again. The quiet dignity of Palacio’s immigrant characters, and their stoic determination to survive in The American City, reminded me more of Colonel Behrani from House of Sand and Fog than anything Diaz put Junior through.

In the interest of full disclosure, I should point out that I’ve met Derek at a number of conferences and readings; his now-fiancée roomed with my now-wife for a year in college. Also in the interest of full disclosure, I feel bound to point out that while I genuinely enjoyed How to Shake the Other Man, it isn’t perfect. I struggled to get my bearings in the early pages; a few of the descriptions of Marcel struck me as cursory and half-hearted. And the ending, at first, felt like it came too soon—having thoroughly settled into Javi’s life, I was ready to follow him for many pages more.

Each time I thought back to it over the following days, though—for it is an ending to which you find yourself returning—I began to wonder how much more action the setup could have sustained. By the last pages, you realize just how much a house of cards was the world Marcel built around him, and as the final pieces fall into place, you can’t help but grimly look on—knowing, somehow, that even the momentary peace Oscar and Javi seem to find will likely prove tragically unstable.