Home
»
Reading
»
How to Tell a Story in a Quiet Year 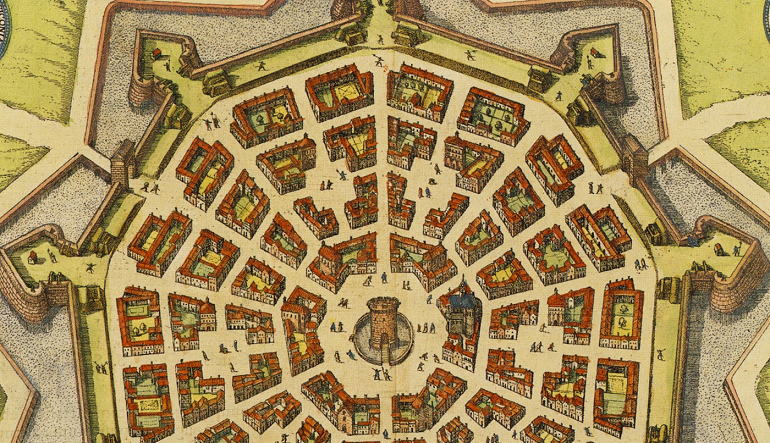 Every other Tuesday night, a few friends and I get together on a Skype call to play tabletop games.

That phrase is an immediate hard-sell for people. They imagine the Dungeons & Dragons panic of the ’80s—these basement dwellers deciphering rulebooks and rolling twenty-sided dice to fulfill the metal album cover power fantasy of muscle-bound warriors cutting through monsters and rescuing damsels.

The perception might not be wholly wrong, but it’s limiting. The truth of these games is that they provide narrative experiences as varied as any novel on the shelf—only these stories are ones experienced and shaped with the people around you.

For my group, we’re in the middle of a science fiction story. It’s a capitalist nightmare where space colonization is led by corporations and where everyone’s a target on a battlefield redefining intellectual property. Here we explore things like the morality of mass data collection or the consequences of overly-rigorous IP protection. Normally, the players would be an Indian food truck owner, a war veteran, and an ex-sports star, but on the strange weeks where not everyone can be there or I didn’t outline a session in time, we try something else.

A separate game, with different mechanics and rules, but the same world.

That’s when we tried The Quiet Year by Avery Alder, a game where together we made a map and a situation. We were corporate-sponsored colonists on a mission to discover new resources. We landed on a jungle planet, now wearing thick, modified bodies, and created a home.

The Quiet Year is a game about trying to keep a community going in an apocalyptic world. It’s played with a deck of playing cards where each suit represents a different season, a different point in the arc of a civilization. When we begin in spring, the hope that things will flourish and grow feels unending. Winter is coming, however, and with it, the game ends. “What we know is that right now,” the playbook says, “in this moment, there’s an opportunity to build something.”

Every card drawn presents an event. One week, an elderly man confesses to sabotaging our medical equipment on arrival. On another, a couple of kids uncover the last remnants of the society here before us. We took these cards, interpreted them into our own narrative, and used that as momentum to send our story forward.

One player took the elder’s reveal as an opportunity to create a character named Proctor, the self-imposed head of judicial leadership. When I had my chance, I made Anya, a young woman who created a religion based on the alien ruins and spread that religion through the tribal factions. We adapted and persevered.

The rules of a tabletop game are never the narrative, but a thematic basis. They’re the tools we use to narrow what we talk about in our games and how. Each card here presented a question Alder believed might shape or shake the foundations of any community regardless of setting.

One such move we could make on any given turn was “Hold a Discussion.” The player who chooses can either ask us all (the community and the players) a question or make a statement, and in turn, we all respond. This doesn’t change the map; it doesn’t reverse a card, but allows us just to talk and explore the thoughts of the people. The game explains that “this is how conversations work in communities: they are untidy and inconclusive affairs,” so when I had Anya hold a town meeting, she asked the house leaders what the discovery of the alien remains and our changed bodies meant for our connection with humanity. The results were vague, but revealing. There was apathy and a sense that maybe the Earth we used to call home was never really that to begin with.

The game has no clear end goal, nothing for the players to compete for, but instead a wide canvas from which to build a story together. The story you could make in The Quiet Year would be alien to mine, and that dissonance is what makes these types of narrative games so hard to convey to those outside the experience.

For writers like Junot Díaz and Ta-Nehisi Coates, tabletop games were transformative. “The notion that words, like literature, can transport you is something people are used to getting from Dickens,” Coates said, “Dungeons & Dragons was one of the first places that I got it.”

You can trace Díaz’s dungeon master roots not just from the subject matter of The Brief Wondrous Life of Oscar Wao, but in how he writes a story like “The Cheater’s Guide to Love.” That reliance on the “You” is something straight from the DM’s playbook, because with that, you can pull the reader from audience to participant.

The experience is so hard to validate, however, because it’s not something you can take with you like a novel or a short story. In the novel Wolf in White Van by John Darnielle, the main character Sean makes a roleplaying game, the Trace Italian, following a failed suicide attempt. He sends pre-made descriptions to players and they send back their own moves. There’s a sense that you could take every page of the game, every description Sean wrote, and you’d have a novel; a post-apocalyptic story in the American Southwest, and one where the narrative is a palpable metaphor for a sense of isolation brought on by disassociation and depression.

But even here, that’s a falsehood of experience because, with every letter, his players take his material to create a story unique to them. “If Jeff were playing, he’d probably attack the guard, but I’m not Jeff, so I’m going to wait until the guard falls asleep and remove the grating in the floor of the cell,” one player writes to Sean, shifting their narrative away from Sean’s own feelings of depression and isolation to one about losing a friend and coping.

Podcasts like Friends at the Table package a group of friends playing a game together, and what comes out is like a compelling radio play. The main characters here aren’t people trying to win a game, but individuals leading out their lives; ones where they make mistakes, hurt the wrong people, and in their second season COUNTER/Weight, do their best to mitigate as much damage as they can.

But while that makes a case for a game as compelling storytelling, it doesn’t convey the feeling of getting to build that story. They can never recreate the feeling of being simultaneously the author and audience.

If you can, I encourage you to take the weekend and find that experience for yourself. Buy a PDF of something like The Quiet Year, invite a friend or two over, eat food, drink wine, and make maps. Take the chance and see the type of story you can make together.