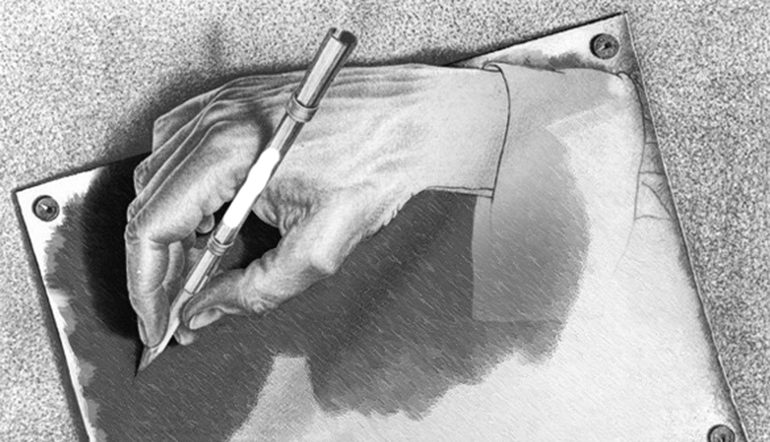 The term “autofiction” was first used by Serge Doubrovsky to describe his novel Fils (1977). He wrote that autobiography was reserved for “the important people of this world”; by calling his work “autofiction,” he emphasized that it should be read not for instruction but as one would read fiction. In the past decade, the term has come into vogue to describe contemporary writing, and with the publication of recent books like Sheila Heti’s Motherhood, Rachel Cusk’s Kudos, and Karl Knausgaard’s Spring, it’s been popping up frequently—in book reviews and think pieces, at readings and on Twitter. Sometimes “autofiction” is treated as a stable genre category, but often it is derided as an unnecessary and meaningless term.

Some of our confusion—and perhaps skepticism—about autofiction comes from an ambiguity in the term itself. Autobiography is straightforward in a way that autofiction is not: in this case, the prefix autos, self, pairs easily with the suffix “biography,” or life story. An autobiography tells the self’s life story. But what does it mean to tell a fiction of the self? And why do we need a unique term for this movement in contemporary literature, if authors have always used their own lives as inspiration for their work?

Genre categories can help guide readers, especially with regard to texts that defy our usual expectations. Calling short pieces of prose “prose poems,” for example, lets us know that we should be attuned to the same kinds of metaphor, symbolism, and even meter that we usually pay attention to in verse. In contemporary literature, there are more texts that defy traditional categorization than ever, combining poetry, nonfiction, fiction, literary theory, and philosophy to countless ends. Giving them familiar and brand-new genre labels can help readers determine how to approach these books. For example, the subtitle of Claudia Rankine’s Citizen—“An American Lyric”—asks the reader to focus on the features of poetic language and the use of lyric address throughout the entirety of the book, both the parts that look like poems and the parts that appear essayistic. In addition, we are asked to think about formal and thematic features that might make a lyric uniquely American.

Autofiction, then, has the potential for being a useful term to guide readers in understanding texts that blur the line between memoir, autobiography, and fiction—but only if we can arrive at a clear sense of the term and the kind of reading it encourages. Lists and articles sometimes apply the terms retroactively to books written well before the original emergence of the term, and I don’t think there’s much to be gained by this kind of categorization. Does calling Proust’s Swann’s Way autofiction give us more information about how to read Proust or contemporary writing? I don’t think so. The term will be most useful in looking at texts that engage with the kinds of questions initially introduced alongside the idea of autofiction itself.

To return to the 1970s: Dubrowsky and other French novelists, like Marguerite Duras, wrote fiction in which characters share names and characteristics with their authors. Importantly, these works were written alongside the rise of French literary theory, especially deconstruction, that posited the self as a fiction. Going further, Paul de Man, in “Autobiography as Defacement,” wrote that autobiography as a genre can never faithfully reveal self-knowledge: instead, it demonstrates the ways in which selves (real and fictional) defy closure and totality. Autofiction from 1970s France, drawing on this kind of thinking, would seem to explicitly comment on the ways in which fact, fiction, and literary tropes go into making up a “self” (whether a person, a narrator, or a character)—as well as the ways in which the “self” is ultimately unknowable, always just outside the grasp of our understanding. By using the author’s name and some real details while spinning fictional webs, they intentionally blur the line between truth and fiction and encourage readers to look at all literature—even what we might usually call nonfiction—as fiction.

The term has more recently been used to describe work from authors like Heti, Cusk, Ben Lerner, Chris Kraus, and Teju Cole, who have very different aesthetic aims. While I’ve come across a few novels that explicitly refer to themselves as autofiction (for example, Elizabeth Ellen’s Person/a

), few of these authors embrace the label, and some of them explicitly reject it. During a March conversation I attended, an audience member asked Heti and Kraus what they thought of the term; they both recoiled. Kraus noted its French provenance but did not feel that it applied to her own work.

While we don’t necessarily need to take authors’ own statements into account to understand their work, it is helpful to think what kind of reading the term “autofiction” encourages today. As noted, the term itself is ambiguous: Do we read autofiction through the lens of its autos or its fiction? My experience tells me that readers aren’t sure and that writers thinking about the term are somewhat divided.

If we emphasize the autos, the narrator’s “I” is synonymous with the author: the events that happen to that “I” may be fabricated, but they are fabricated in order to demonstrate something about how the narrator thinks and responds to events—to how they were and are shaped in response to external circumstances and even fictions. (We often read the poetic “I” this way.) In a 2014 article, Jonathon Sturgeon arrives at a definition of the genre along these lines. He writes that contemporary autofiction has overtaken the place of the postmodern novel as the genre of experimentation, arguing that while high postmodernism focused on “hyperreality or unreality,” autofiction focuses on the way in which fact and fiction combine in all of our lives. In these books, he says, “the self is considered a living thing composed of fictions” as well as facts. While this version of autofiction would seem to veer close to that of the 1970s, Sturgeon adds that these past works were defined by “tension” between fact and fiction, while these novels steer clear of that question, focusing instead on “how to live or how to create.”

If we emphasize the fiction, we have decided that the narrator or character who shares demographic similarities with the author is ultimately, and importantly, not the author. In this case, everything the “I” says should be evaluated not as treatise or philosophy but as characterization that is also commented on and qualified through other events in the fictional frame. In a recent piece, Christian Lorentzen argues that we should read autofiction this way.

He says that, while autofiction may be a kind of Künstlerroman, in which “the book’s creation is inscribed in the book itself,” it may also work to blur the mind between fact and fiction for the explicit purpose of encouraging us to read the works as fiction. He writes, “Autofiction writers stand at a certain distance from the world — and the ethics and the politics — on display in their novels, as far or farther than authors of fictions that aren’t autobiographical at all.” (I wonder why these fictions are farther away: Is it because the author’s true views are so obscured?)

These two approaches encourage somewhat different kinds of reading. While this perhaps shouldn’t be the case, readers approach nonfiction and fiction very differently. If we emphasize the autos, we will read texts very differently from the way we read most novels. We will take their narrator’s statements at face value and pay less attention to the way that symbols and metaphors make meaning across the text. If we put the emphasis on fiction, we will read them as fiction, looking for the way the text makes meaning without relying so much on the narrator’s word.

Lorentzen’s argument that autofictions deserve to be read as fictions is therefore compelling when we look at the way that an emphasis on the nonfiction aspects of autofiction has influenced readers. He writes at length about misreadings of Heti’s Motherhood, noting that many reviewers “have seemed determined to read her novel as a manifesto or tract with one even declaring that the narrator and the novelist seem ‘indistinguishable.’ Some have judged that narrator is ‘like a child’ or taken by ‘childish notions of freedom.’” These readers take it for granted that the book’s narrator is truly Heti and that, while some events may be fabricated, the book reflects her actual views on the relationship between motherhood and artistic production. That is to say, they assume that autofiction is essentially nonfiction. Like Lorentzen, I think these readings misinterpret the text’s genre. If we read Motherhood as fiction, it is not a guide to making a choice about having children; rather, it is a book about obsession, internal struggle, and how we allow external signs and opinions influence our interior lives.

It’s worth noting, though, which “autofiction writers” are read as if they are autobiographers: they are almost invariably women. Autobiography as a genre has been subject to feminization: women’s writing about the self is more prone to being labeled as merely autobiographical. Autofiction written by women is more likely to be read as memoir, or even self-help literature. When we call works like Kudos and Motherhood (written and marketed as fiction) “autofiction,” I think that it encourages the minimization of these authors’ efforts and the misreading of their texts as nonfiction.

On the other hand, autofiction written by men may be read more seriously, even if it’s much more clearly grounded in autobiography. Siri Hustvedt argues that Knausgaard “writes like a woman”—he discusses emotions, domestic labor, and more in his sprawling autobiographical work. But we read him like a man: We assume that his autofiction is to be read as fiction. We take it seriously.

Autofiction, then, is a tricky term. It uncomfortably straddles the line between fiction and nonfiction, and when that ambiguity combines with our gendered expectations of writing, it results in very different kinds of reading, minimizing the efforts of some authors and celebrating that of others. I don’t think the term should be dispensed with completely, but I do think we should be careful about when and how we use it.

I’m compelled by the argument that autofiction bears a resemblance to the Künstlerroman: that books of this kind are about their own writing. I’m inclined to agree with many aspects of Sturgeon’s definition, including the idea that autofiction is about the making of a self out of real experiences, fantasies, and fictions. Does a book make the formation of a self an explicit theme? Does it meditate on the conditions of its own creation? Does it explicitly think about the line between “truth” and “fiction” when it comes to literature and life? These are all signs that it may be autofiction.

When a book explicitly avoids the label of autofiction, though, I think we should take its efforts seriously. If the narrator shares demographic characteristics with the author but bears a different name, I think we should assume the work is simply fiction. We should be especially hesitant about using the term when it comes to discussing women writers who have explicitly rejected it. Using the term can confuse our readings and distract from some of the more exciting formal innovations in contemporary texts.

Perhaps that’s the issue with the term “autofiction,” when it comes down to it: it directs our focus so narrowly. Many works of so-called autofiction are, I think, about so much more than the relationship between an author and their writing. When we apply the term autofiction widely, though, we assume that that very topic is the most important one addressed in contemporary texts. When we expand our focus once again, we allow ourselves to discover what else is there. Rather than settling on a genre label for the sake of ease, we might treat each book that experiments with genre as unique, inviting, and requiring new ways of reading.