Home
»
Critical Essays
»
Humor, Candor, & Collision in Chen Chen’s When I Grow Up I Want to Be a List of Further Possibilities 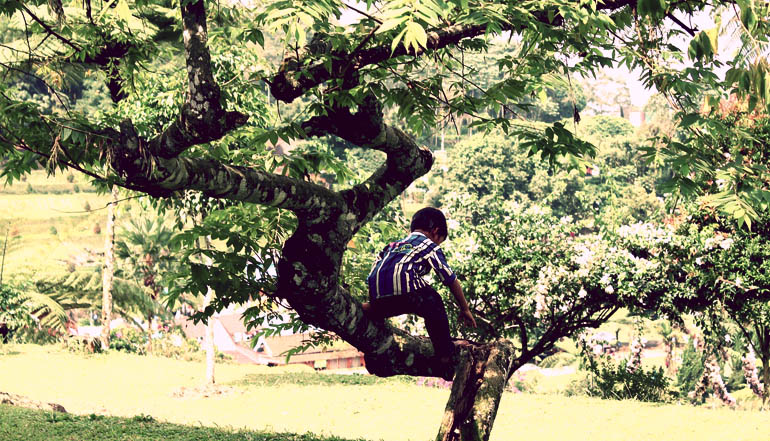 “Oh. Sorry. Hello. Are you on your way to work, too?” Chen Chen begins in “Poplar Street,” a particularly brief and brutal poem in his collection When I Grow Up I Want to Be a List of Further Possibilities. “I was just taken aback by how you also have a briefcase, // also small & brown,” the speaker explains before swerving away from what might’ve been a casual, albeit gawky conversation with a stranger to an odd series of personal questions.

Maybe, beyond briefcases, we have some things

in common. I like jelly beans. I’m afraid of death. I’m afraid
of farting, even around people I love. Do you think your mother

loves you when you fart? Does your mother love you
all the time? Have you ever doubted?

When I heard Chen read this poem in the side room of a busy Washington, DC lunch spot earlier this year, the whole farting bit elicited a variety of guffaws and cackles from his listeners. Their sharp, loud laughter sounded almost like barking. But Chen continued reading, and the rest of his couplet silenced the room. The poem goes on oscillating like that, with laughable small talk—“I like that the street we’re on is named after a tree, / when there are none, poplar or otherwise”—interrupted by more of the speaker’s confessional questions. “Do I love my mother? Do I have to / forgive in order to love? Or do I have to love // for forgiveness to even be possible?”

On the one hand, this poem is good because, like the rest of the book, it’s hilarious. On the other hand, the poem is good because it’s devastating. Chen excels at uncovering the simultaneous hilarity and trauma of the everyday. In a later poem simply titled “Poem,” we see the speaker wallowing in his kitchen, eating “fries, chips, every / manmade form of potato,” wearing the same band t-shirt for days, and agonizing over Madame Bovary. He’s been “putting off / her suicide for weeks now,” an anxiety compounded by his boyfriend’s mother’s illness. “I should be praying / for her, & sometimes I do, / but mostly it’s for me, / the least I could do is not droop / & wilt like a bad houseplant.” The joke here seems to be that, despite the title, this is not poetry with a capital P. In a recent tweet, Chen said, “i love poems where it feels like the writer tried to be a poet but failed & instead became a person.” And this seems to be part of his project, recognizing that the process of becoming—or worrying about becoming—a person is both absurdly funny and absolutely horrible. In other words, the two modes go hand in hand, and the reader comes to expect moments that elicit both laughter and silence.

With these collisions between comedy and candor, Chen creates a sort of two-way through line, one that points back to specific moments in the speaker’s past, particularly interactions with his mother, and forward, as the title suggests, toward what’s to come. “Poplar Street,” for example, appears at the end of the book, but it references a scene from an earlier poem called “Race to the Tree.” In it, the speaker describes running away from home and hiding in a tree overnight after telling his mother he might be gay.

By dawn I was
still 13 & kissless, but had made it
(using my spy & JV track skills)
8 blocks away, without being detected
to the University, the glass
& concrete country where my parents
put on their best American accents
& smiles, to earn degrees

The equivalents of which they’d already
earned in China. I was 13 & wouldn’t have
said it so succinctly, but I knew something
about the sadness of the facts

Across its three sections, “Race to the Tree” creates meaning through reiteration. For instance, the phrase “I was 13” initially works to set up a joke in the first few lines. “Without / even knowing it,” the barely teenaged speaker “successfully / evaded the Amherst police / for 4, 5 hours.” As the narrative progresses, the speaker’s age continues to be a bit of a punchline, but it also evokes his anger and confusion. (He is, unfortunately, the butt of the joke here.) And when he starts to “spit & kick // at the gray concrete” of the university campus, it becomes an explanation of—or an excuse for—his anger. “I was 13 / & it was morning & the concrete / deserved my punishment.” By recalling this scene later in the book, the speaker conjures up this amalgam of meanings.

Like a lot of Chen’s work, both “Poplar Street” and “Race to the Tree” prioritize awkwardness over convenience. The syntax is syncopated and, combined with the repetition of certain phrases, demands a close read. “Sometimes I’m pretty purposeful in trying to disrupt/interrupt the poem,” the poet said in a 2014 interview with PANK’s former interview editor Diana Clarke. “I’ll throw in elements that I’m not sure fit together.” This process, he explained, is an attempt to discover something he “could not have predicted or planned for,” something urgent and alive. However, awkwardness doesn’t necessarily make the book difficult to read. On the contrary, one of the most uniquely powerful aspects of Chen’s work is its directness. The poems are funny and uncomfortable and honest in their attempt to tell a story, relying on transparency rather than artifice.

In the foreword to When I Grow Up I Want to Be a List of Further Possibilities, poet Jericho Brown writes, “The major question of this book is how to feel.” As the title of the book and its eponymous poem suggests, maybe there isn’t one right answer. Or, on the other hand, the answer isn’t as important as the process of looking for it. This approach to storytelling works by linking together a series of questions about what happened, what it meant at the time, and what it might mean now. “I like never completely understanding poetry, as a reader or writer,” Chen told Diana Clarke back in 2014. “I like believing that there’s always more to imagine.”

Tags:Chen Chen, When I Grow Up I Want to Be a List of Further Possibilities