Home
»
Reading
»
I Don’t Need to Read LOLITA, Because I’ve Read THE LOVER 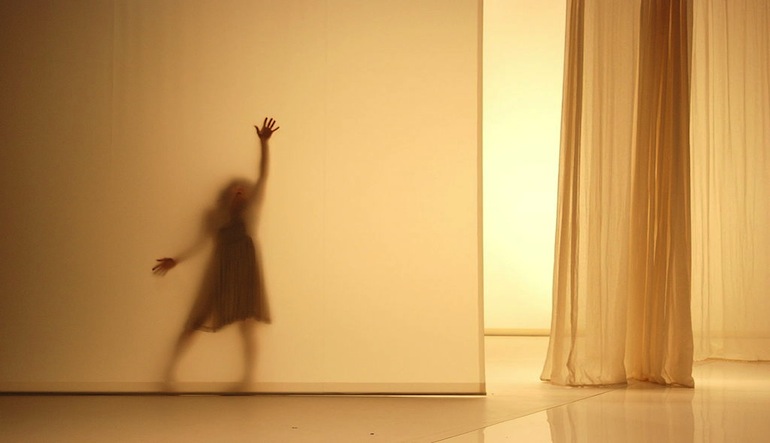 I’ll be honest: I never finished reading Lolita. Not because I wasn’t enchanted with Humbert Humbert’s words, but because I quickly felt disgusted with myself for being enchanted by them. Was this not Humbert’s intention to some degree—to use beautiful prose as a smokescreen for the emotional and sexual abuse he inflicted on Dolores and, to an extent, Charlotte Haze? Haze. As someone who once worked at a shelter for abandoned and mentally ill women in India—most of whom were subjected to unimaginable sexual violence as children—I can’t bring myself to find poetry in hebephilia. (Plus, it’s not like Nabokov doesn’t have other books.)

In March, Mishka Hoosen eloquently argued (on this blog) that it is high time for a retelling of Lolita from Dolores’s point of view. Like me, she feels Lolita analytically difficult to digest. Sexism is pervasive enough that Donald Trump is our president, and the world of a dystopian television show like The Handmaid’s Tale, where slut shaming is a way of life, doesn’t seem so far-fetched. In fact, the sexual violence at the center of Lolita is often romanticized—that’s how a popular restaurant in Miami (with a rooftop terrace) ends up being named Dolores, But You Can Call Me Lolita.

I am not saying Lolita is a bad book, or that its fans or Nabokov are complicit in sexism; just that it’s not a story I care about delving into. I always thought this was because I wasn’t open-minded enough as a reader—until I met The Lover, by Marguerite Duras, a novel centering on an affair between a poverty-stricken white teenage girl and a very wealthy Chinese man over a decade her senior in colonial Vietnam.

Though The Lover has been dubbed the anti-Lolita, I don’t see the books as opposites. I just think we have too much reverence for Lolita, told from a male sexual predator’s point of view, and not enough for The Lover, which not only explores a controversial affair from a female perspective, but also gives us an insight into the complex racial hierarchies at play in colonial Vietnam (that, surprise, still persist today). How was it that I hadn’t heard about The Lover until my mid-twenties, when I received it as a birthday gift from a friend in an MFA program, but had known about Lolita since my early teenage years? The fact Duras wrote in French, not English, is a factor, but I think enough time has passed, and enough debate about Lolita alludes to The Lover, that the latter deserves more attention and appreciation.

From start to finish, the slim, 120-page book is told from the girl’s point of view, but she is so acutely aware of being ogled—by men (“my mother’s men friends have been kindly asking me to have tea with them while their wives are out playing tennis”), by her family, by the local Vietnamese—that the story comfortably switches between first and third person. We follow the narrator, a seventy-year-old writer looking back on her childhood, as she navigates her own attractiveness and visibility without shame, though she’s aware that people refer to her as “that white slut.” The story of her affair begins when she describes a photo of herself in her mother’s dress, her brother’s belt, and a men’s hat, but her own gold lamé shoes decorated with diamanté flowers, signifying that this journey, this story, is her own, even as she recognizes she is “outside herself, available to all eyes, in circulation for cities, journeys, desire.” Even as she gets into a black limousine to have sex with an older man, a liaison encouraged by her mother for the sake of money, we see her take charge of her own desire, however misguided. In fact, the older man seems more vulnerable: “Because he doesn’t know he carries within him a supreme elegance, I say it for him,” writes Duras.

But it is not lost on the narrator that the reason she has access to this power is because she is white: “Children like little old men because of chronic hunger, yes. But us, no, we weren’t hungry. We were white children, we were ashamed, we sold our furniture, but we weren’t hungry, we had a houseboy and we ate. . . . We ate garbage—storks, baby crocodiles—but the garbage was cooked and served by a houseboy.” When her lover takes her family out to dinner at fancy, multi-floor Chinese restaurant, where they sit on the special “European floor” with fans and draperies, they all ignore and cannot look at him because they are ashamed. The narrator recounts: “He lays out seventy-seven piasters. My mother nearly shrieks with laughter. We get up to leave. Nobody says thank you.” Duras’ curt sentences and brutal honesty stop her repetitive prose and the novel’s fragmented time frame from being dreamlike, stripping both sexual grooming and colonialism of any romance, which many male writers, including Nabokov, fail to do.

Duras packs in many different themes in The Lover, and while a lot of dialogue about the book focuses on the titular affair, I am particularly struck by the depictions of loving a mother with mental illness. “My mother’s unhappiness took the place of my dreams,” the narrator tells her lover. Later, she writes: “Because of what’s been done to our mother, so amiable, so trusting, we hate life, we hate ourselves.” The narrator recognizes that her mother’s manic depression doesn’t exist in a vacuum—that it’s been exacerbated by the way the men in her life treated her. How the narrator manages to empathize with her mother is, to me, the crux of The Lover, and just one in many ways the book is so relevant today.

I wish I had read The Lover when I was nineteen, when I tried (and failed) to read Lolita. It would have taught me so much about how navigate the world as a woman who was just starting to notice men looking at her. Instead of feeling a cocktail of flattery, confusion, and shame, I might have felt that despite all that, I could manage to narrate my own story without being so concerned about how people looked at me. As Duras writes: “When you’re being looked at you can’t look.” Looking at Dolores, as Humbert does, with a lack of empathy, yet being expected to empathize with Humbert as a reader, means Dolores is doubly obscured.

I’m done not seeing women (and race) in literature.