Home
»
Uncategorized
»
I Know How it Ends 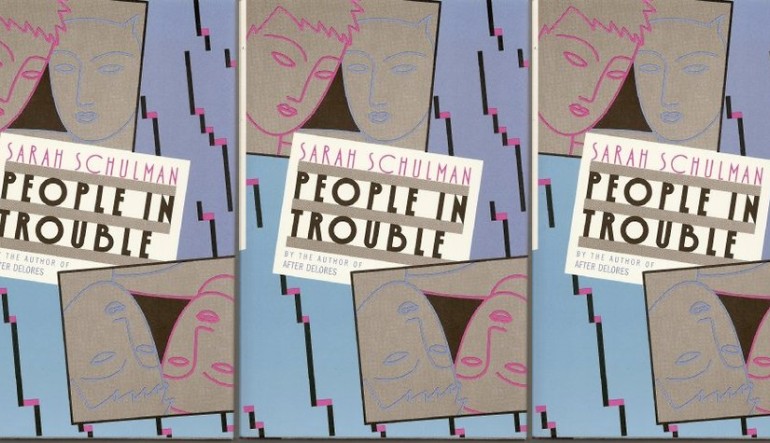 In 1988, the only thing that was happening in my life was A.A. and people with AIDS. I was living with an architect in a loft in Brooklyn that had once been a picture frame factory still trying to figure out what to write now that I was coming out of a coma that had been my drinking life. I was afraid to write anything out of this new thinking because my only subject in those early days of not drinking was, well, not drinking, and gratitude for living and I couldn’t find the prose for gratitude that hadn’t been laced with syrup.

So I read: poetry, mostly, because early sobriety messes with your attention span (you basically have none), and poems were short. I also always sort of knew what poems were talking about and they usually inspired me to write. Once inside poetry, I wanted to read poems that turned to AIDS because my beauty aesthetic (which hadn’t been flattened by booze) knew that one of the tasks of a poem was to make something lyrical out of something horrible. Everything felt like I was reading myself back into being a writer.

But I couldn’t find any poems about AIDS. So I wrote one called “Naming the Elements” about a friend who had just been diagnosed HIV-positive. Then, Jean Valentine told me about Mark Doty’s title poem from his first book, Turtle, Swan which she had heard him read at Vermont College and so now there were two poems. Then I wrote a letter to a poet asking for another poem, that I actually now might make a book of poems about AIDS, and that poet sent a poem back. And so, I wrote another letter to another poet and eventually a desire for a certainty lead to a two year project of gathering poems which culminated into an anthology called Poets for Life: 76 Poets Respond to AIDS.

I knew there had to be a specific response to a new way we were living that could emerge as poetry but the only thing that qualified me to put together such a book was a hunger to read something that hadn’t been written yet. Homesick — as David Kalstone once described Elizabeth Bishop — for a place I had never been. I never thought that making a book like that one was a particularly activist act. Like most activism, the call to action was an innate response to a lapse in the collective consciousness.

Sarah Schulman’s response to AIDS was a novel called People in Trouble — a book whose journey in time initiated a second and completely different moment of activism from the first one which was the writing of the book. People in Trouble follows a bunch of artists living in the East Village and how they deal with AIDS and homelessness. Years later, while Tony Kushner was watching a performance of the Jonathan Larson’s Rent he recognized aspects of the People in Trouble storyline running through the action of Rent. What made the realization even more compelling was how could Schulman not have seen her own idea when, weeks before, she had been on assignment to review the show.

“I wrote that book a long time ago,” Schulman told me when all of this was coming to light. “I forgot what it was about.” What Schulman did next was, again, respond by writing something. Instead of taking the Larson estate to court (where she would have probably lost and diminished, somewhat, a name for herself in theater at a time when she was trying to work in the theater), she wrote Stagestruck, a book of non-fiction about theater and AIDS which uses the Rent story, according to critic Michael Bronski, “as a springboard to discuss the broader and more complex issues of how gay themes — particularly AIDS — are used and distorted in mainstream culture.” It was a great literary moment because Schulman knew that more ideas — what lasts — would be generated by sitting down and writing a book than fighting with people in a courtroom. By writing about the theater, Schulman would also find a gap in the playwriting canon and write Carson McCullers — a play about being an artist as much as it is about being a lesbian.

At its most organic, I suppose literary activism is the exact opposite of literary success — at least that boring kind of literary success that beginning American writers always seem to be dreaming about: best sellers, huge advances — the screwy consumerism a creative act can get filtered through. None of that kind of attention is particularly destructive, but it is not the real point of writing, which is itself, of course, a kind of activism, but only if it is literary. (I wouldn’t call genre fiction or even a great deal of gay and lesbian writing particularly crucial historical moments).

And while there has been a kind of activism that involves sitting in front of a police horse and writing about it; or talking to a bunch of women about their vaginas and writing about it; or marking 9/11 down as a date of US complicity and writing about it — the kind of literary activism that fascinates me is the one that initiates the resistance to comfortable subject matter, the one about staying true to the art whatever the cost (writing on a matchbook in a prison cell because that’s all there is to write on) — the activism located in the psyche of writing itself and not necessarily in writing as manifesto.

There’s a terrific story about Mary McCarthy which got curiously imbedded in the description of a writing workshop Andre Dubus III was teaching at the Fine Arts Work Center in Provincetown. McCarthy had just finished a manuscript — a novel — which she had promptly lost somewhere. Because this was in the days before computers McCarthy’s only copy was the only copy. At a party sometime after all this happened, someone said to the writer: “Why not just rewrite it — remembering what you can along the way” — or advice to that effect. “Oh, I couldn’t do that,” Mary McCarthy said, “I know how it ends.”

Corroborating with a wisdom of the dark is, in itself, an activism because it identifies a moral exactitude in what others would term an impulse. I know how it ends. What possible reason would she have to write the same thing twice?

Marty Moran is somebody else who started again — by not re-entering a book he had already written in order to turn it into a screenplay. Marty, an actor turned writer, wrote The Tricky Part, a memoir about his sexual awakening which occurred in fragments over time because it began as a seduction by a counselor at a Catholic church camp when he was 12. The book uses the event to unlock a myriad of longings and became the basis of a one-man show that Marty is still taking on the road.

When asked by Mike Nichols to turn The Tricky Part into a screenplay which, ostensibly, Nichols would then direct, Marty couldn’t do it. He tried to do it — writing the dialogue, setting up the scenes, finding places for the camera to look at — but the material had been entered so completely once as an artist that Marty didn’t see the point in going into all of it again. I know how it ends.

If, as Thomas Mann has suggested “a writer is somebody for whom writing is more difficult than it is for other people,” it seems most true when a writer comes the empty page each time with a mind that should mirror that emptiness — knowing everything they know, of course, but having to forget it all, too, in order to take up some aspect about the kingdom of being they hadn’t considered before. Truman Capote, James Agee, Gore Vidal, Brenda Hillman, Michael Ondaatje and Michael Cunningham and countless others, have all written at least one book that is utterly unlike anything else they’d written earlier. With each new encounter, writers can acknowledge form as it transcribes content as the real engagement on the page and not the new work only extending the old idea the writer always had about the world.

The poet Gail Mazur ended a recent interview with:

“I know when you finish a book you have a really urgent desire to have your next poems be different. To leave behind whatever it is you’ve been doing. For some people it’s an incredible trigger. For me, it’s almost been paralyzing. I almost forbid myself to worry about that any more. I would hope that there would be more of the world, more history, more courage, in them.” The literary activist steps outside of the fact that they have written the work, so they can read what it says.