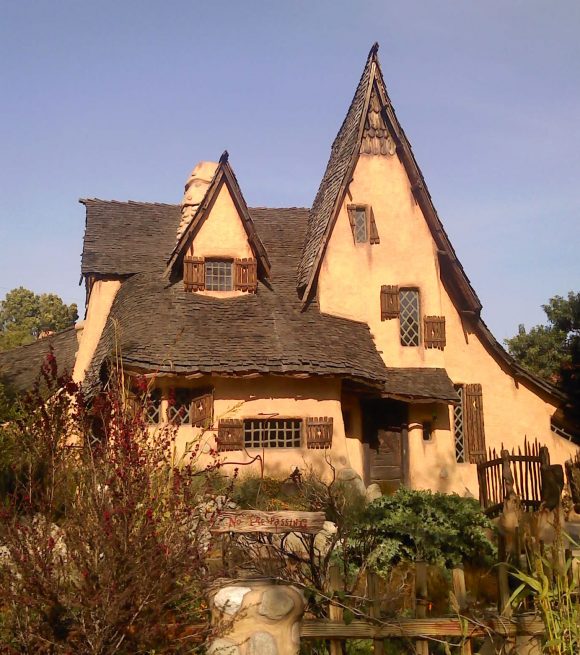 “I was a house. / I was a witch” declares the middle stanza of Muriel Leung’s “A House Fell Down on All of Us” from the newest issue of Drunken Boat. These are but two entities the speaker of “A House” becomes and un-becomes. This poem, in my reading, functions to present intermingling transformations that perform whatever an opposite of distillation forecloses. The poem isn’t expansion or closure, but dispersion and scattering “all objects made / permeable by the sneeze.” Leung ends the poem with dissolving: into milk, into a dissolving of dissolving itself: “I came to milk and I was dissolving I dissolved.” Everywhere all at once or at least two places at the same queer time, under a time sent by time, not circular nor straight, in stanzas of lines but un-ruled. A law ruled by un-law: or no law at all. Leung’s speaker asks, performs, positions, enters, and leaves together, enabling the line: “I am waiting for some ordinance to (what is the law even) come save me—”

This stationing and positioning, this parenthetical question which is not a question in the middle of an infinite infinitive verb—“to (what is the law even) come”—is the moment reaching out to me from “A House Fell Down on All of Us.” The line represents an ongoing old-new political crisis replete with variability: to ask what the law even is and to ask for its ordinances and procedures to save us, while knowing that the law, whatever it may or may not be(come), will never save us, that we might always be stuck in a position of waiting, though also knowing that something will inevitably arrive. While we wait in the time of no-time, we become a house, a witch, a brewer of “immense amounts of coffee / for immense men who thwarted the siren-veil.” Leung obfuscates the measurements: her speaker mentions twice that she “did her time,” while the reader never receives a time-stamp or an empirically-based geographic location. There are immense amounts of coffee for the immense men—“I loved all of them,” the speaker follows—but they collapse into “chimney heaps of hay” before taking the speaker away into “burying ground” in the poem’s middle. Another circumvention and time gone haywire: does the speaker die in the middle of the poem to then reemerge in the next stanza, washing their clothes?

One could comment that Leung’s poem is a surrealist play, but I don’t think it’s content to dwell in any primarily and solely “aesthetic” territory. The poem is funny and bizarre, but hurts. “An oven, my dancing shoes, love the disputed tar” runs the penultimate line. It’s the conjunction of the burning/cooking mechanism, the shoes that allow one to dance but also dance by themselves, and the ground people claim and fight over but cannot totally possess, that one loves—all of these elements together make for a reemergence of that question of the law, which is there and not there, which takes one to the burying ground but cannot ever entirely destroy or fill up. To be buried is simply to collaborate on another formation. As the title runs: we love the house, and it falls down on all of us; we become the house and the witch that lives inside of said house; (What is the house, even?) (Is it a/the law?). Leung’s poem is protest against our arrivals at individual modes of projection: when the speaker asks/states “How was I to know what was rupture,” one feels the pressure on “knowing” and on “knowledge”—how am I to know “how” this epistemology erases and divides, breaks down? Time is stuck, keeps going, turns back, doesn’t break but liquefies, fields, flows, flowers.

This is the question of the law: How are we supposed to know it? Do we float in it? Does it fall upon us? What does this even have to do with time and the time we do? When we do our time, do we act upon time or does time act upon us? Do both operations happen? I did something to time and time did something to me; it is “my” time and yet I don’t possess it and neither does it possess me. An interrogation of the very idea of possession and being—what Leung might call, at the start of her poem, “a turn-flower.” I think Leung is pointing us to that dissolving which is not destruction but mutation, the shared being of forms. Her poem enacts a political possibility in the wake of ordinances and men that do not save us, that only take us away to the “burying ground.” I wouldn’t say Leung creates one answer or even several, but chooses to re-arrange what often illusorily remains set in stone, those (l)awful remains and reminders.

I would like to close with a portion from poetry editor Eunsong Kim’s sharp and biting introduction to this issue of Drunken Boat. All of the new issue, I think, in some way reworks and un-works the questions posed above. After leading with a quotation from Avery Gordon, Kim meditates on power and claims, “these are not poems in volunteer service of better statehood or diplomacy.” No political power is sought through the warping beasts and basilisks/the coffee and potato root Leung conjures. Only reckoning that remembers refusal and refuses false remembrance, floats up while the house falls down.

Tags:A House Fell Down on All of Us, Drunken Boat, Eunsong Kim, Muriel Leung, poetry, surrealism