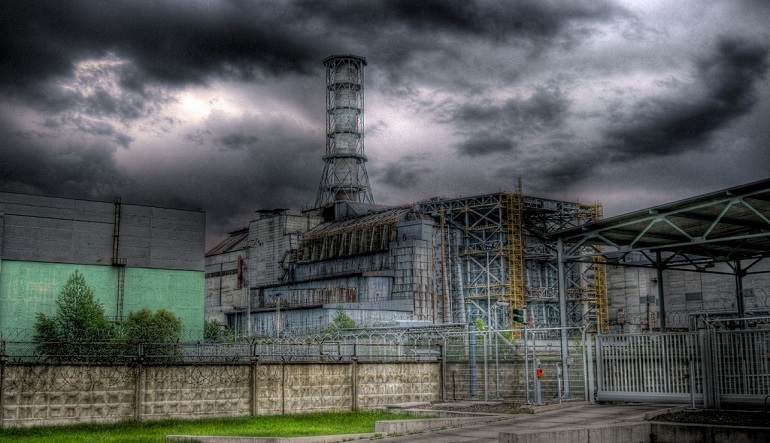 Narratives about catastrophic events tend to compress over time. Episodes come to be presented in a certain order, leading to a standard meaning that becomes iconic. Yet the iconic version of the story is not the factual version of the story. It is not an objective reality but a symbol, a form of shorthand, or, as the dictionary has it, “an object of uncritical devotion.”

No, an icon is not a fact, but all too often it is collapsed with fact anyway, and it is in this sense that Svetlana Alexievich, winner of the 2015 Nobel Prize for Literature, wrote, “Why repeat the facts—they cover up our feelings. . . . I try to find them, collect them, protect them.”

Nobel Chairman Pär Wästberg called Svetlana Alexievich “a genre innovator” because of her efforts to collect and arrange testimonies into highly textured narratives of events like the nuclear reactor meltdown at Chernobyl on April 26, 1986, in her book Voices from Chernobyl: The Oral History of a Nuclear Disaster. The committee described her work as polyphonic, voices overlapping and speaking in counterpoint, but it could also be described as mosaic—small fragments of other wholes pieced into a new whole.

Mosaic implies a prior period of destruction often accompanied by loss, in which the artist may or may not be implicated. In a sense, mosaic and iconography are not that different, except that mosaic is more honest about its origins.

Voices of Chernobyl opens with Lyudmilla Ignatenko, whose husband Vasily was one of the first firefighters to respond to Chernobyl. Ignatenko’s opening testimony does the heavy lifting for readers in terms of introducing Chernobyl at the most basic level of “what happened.” Yet she doesn’t tell the story the way the encyclopedia entries and newspaper articles in the two-page “Historical Notes” section do. Lyudmilla invokes the story through the prism of her lost love. Her opening line reads: “I don’t know what I should talk about—about death or about love?”

The book then travels through three somewhat arbitrarily named sections, for all three deal with overlapping themes: “The Land of the Dead,” “The Land of the Living,” and “Amazed by Sadness.” Alexievich’s addition of “Amazed by Sadness” turns away from the implied divine judgment of “the living and the dead” and orients readers toward the very process of memorialization—how we remember an event. The story of Chernobyl doesn’t end with a biblical reckoning; it persists and transforms through memory. There is no closure.

All three sections include a “chorus,” simultaneously a mimicry of the socialist propagandized portrayals of people acting in collectives but also the highly choreographed chorus of a Greek play. Traditionally, a chorus in an ancient play proscribed how to respond to events for the audience. However, Alexievich’s choruses defy proscriptive language by letting individual voices speak more often and in conflict with one another, even side by side. “Amazed by Sadness” eventually breaks out into brief testimonies labeled “monologues” on an array of topics: a damaged child, the shadow of death, instructions, the facts, why we love Chernobyl, the Soviet government. One little girl tried to chase away her cat to protect her, she tells us, but “the soldier had a large plastic bag.” We don’t hear what happens next; the suspended action suggests enough.

Alexievich reserves her own voice for a brief reflection “In Place of an Epilogue” because she is not “adding” (epi) to “the word/s” (logos) contained in her piece. She is “just as much a witness as the others . . . I live here, with all of this.”

I used to think I could understand everything and express everything. Or almost everything. I remember when I was writing my book about the war in Afghanistan, Zinky Boys . . . I thought you could go very very far, and so I wrote about that meat [the remains of a person who stepped on an Italian mine]. But the Zone—it’s a separate world, a world within the rest of the world—and it’s more powerful than anything literature has to say.

To speak through this sense of disintegration is an act of hope that restores the voice, even if it means bastardizing received narratives, choosing not to play nice with the dictionary definitions or the icons. Alexievich and the people she interviewed stretch their received artefactual language to give a proper accounting of a never-before-experienced event. After Lyudmilla Ignatenko describes wrapping her hand in a bandage and pulling parts of her husband’s internal organs out of his mouth as he choked them up, she says:

This declaration seems at first to invoke the same sense of disintegration as Alexievich. But then Ignatenko claims ownership over her story, right before she explains that the State refused to release her husband’s corpse to the family because the firemen “were heroes of the State. They belonged to the State.”

The more distance we put between ourselves and a mosaic, the more it appears to us as a monolithic whole. And yet, up close the gaps reappear and assert themselves as belonging to the very material of the piece. This is the brilliance of Voices from Chernobyl: Alexievich keeps the gaps wide enough and the shards big enough to keep alive worlds of emotion and meaning beyond the standard iconography. This tragedy is not contained in the sarcophagus of the nuclear reactor. Alexievich’s final line reads like the fissures known to be opening up in that tomb: “I felt like I was recording the future.”