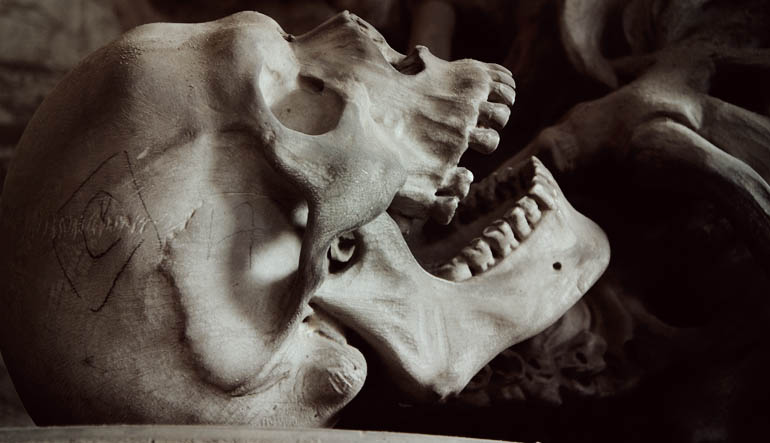 At this moment in Earth’s history, human influence dominates most ecosystems. We flatten forests and raise islands out of the sea; we propel ourselves through the air in winged metal cages. But despite our species’ external advances, humanity remains limited by the bodies we inhabit. Underneath our species’ semblance of supremacy, we remain subject to our physical form. Marianne Boruch writes:

In her book Cadaver, Speak (Copper Canyon, 2014), Boruch engages in a corporeal self-study through figure drawing, art history, and medical anatomy. From inside her own “bonehouse,” Boruch builds a poetics of embodiment, suturing her firsthand observation to the cultural paradigms that have marked our language.

For millennia, humans have invented rituals and disciplines to order our understanding of the body. With paintbrushes, charcoal pencils, and gloved hands, Boruch examines past and present ways of knowing. Her renderings show our sentience as fractured, without a completeness outside the body itself. In “Knowledge,” a poem composed primarily of sentence fragments, Boruch looks to auguries from the nineties’ “glassy eight ball” to “Babylonians, / who slaughtered the sheep so its smoke turned to prayer.” The poet sees how each way of ascertaining knowledge must be “read right in that flesh.” Even then, the evidence presents a partial explanation. After shifting from source to source in a sprint through history, “Knowledge” roots itself in the anatomy lab’s present:

Her gloved hands rose from the mess of his body.
Not love, that pause: to be
amazed by. They kept reading
a faint stain
to follow down. Fate behind the pillars
where something fell.

Fragmentation enacts incompleteness: the syntax forces a quiver, a pause. The jolting transitions between observation and inference highlight the body’s ultimate unknowability. Boruch ties a student’s action to the etymological root of “knowledge,” as well as to the pursuit of inquiry that follows. All the while, the body is felt: Boruch’s shifting tones are difficult to parse using solely the eye, but in my mouth, I feel the tight gestural pivots between valences of meaning.

Boruch attends closely to each discipline’s procedures of study. She writes, “My drawing teacher said: look, think, make a mark,” while in the cadaver lab the “teacher’s good mantra” is “Identify, appreciate, move on.” The common imperative of observation splits into distinct means of creating likeness. More than marking speech, Boruch’s italicized words introduce a self-interrogation central to the “hands drawing hands” at the heart of Cadaver, Speak. Language is an imperfect reproduction; with diction drawn from a mishmash of disciplines, Boruch illuminates the distance we build between our bodies and our sentient selves. Just as our lungs inhale and bellies digest without our voluntary consciousness, our words inflict ancient approximations:

Whatever joint
not quite-ing, the surgical press to verb up
past the anatomists, their staid lust for words
that elevate and hide the real thing.

In Illness as Metaphor, Susan Sontag writes, “Illness is not a metaphor, and that the most truthful way of regarding illness—and the healthiest way of being ill—is one most purified of, most resistant to, metaphoric thinking.” While the first half of Cadaver, Speak attends to the movement toward likeness that unites human ideas of embodiment, the long poem “Cadaver, Speak” works to erase the boundary between self and studied body within the poem. “How I fascinate / under these lights and their questions,” Boruch writes, assuming the persona of a ninety-nine-year-old woman whose body is being dissected by students as a medical cadaver. Through this persona, dissection and its scientific nomenclature become simultaneously visceral and detached: “Not a head, / a skull. Not an eye, an orbit.” In death, Boruch’s cadaver-speaker renders the body at its most body-like, with human consciousness wholly separate, contained, and unpreserved.

Past tense of past drifts
into ruin or myth or
did-it-happen-at-all.

The record of what happens to any body can only be preserved in language or in artifacts. Post-dissection, the cadaver’s “real thing” will become ashes, then earth. Through her traverse through bodily philosophies, Boruch illuminates the inherent impermanence of human knowledge.