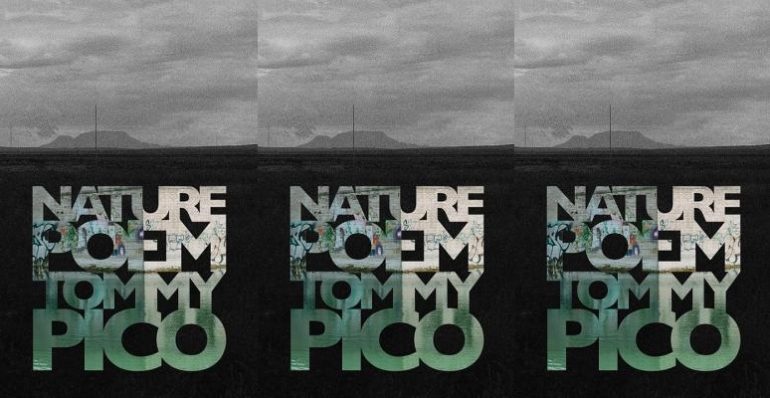 The earth ignores borders: atmospheric currents circulate and tectonic plates slip regardless of what humans build in between. Yet Enlightenment philosophy separates humanity from the so-called natural world. These days, most humans reside in homes and offices, behind the many scrims and screens of technological innovation. Meanwhile, advertisers entice us with products deemed “natural,” though the word could mean anything from sulfate-free to unvarnished. Language retains the rhetorical barrier between the wild and the civilized, the false dichotomy upon which humans have built cities and established nations. It’s within this partition that poetic genres like the Romantic lyric and the pastoral took root, ensconcing the obfuscations that Tommy Pico rails against.

Pico’s book-length Nature Poem centers on Teebs, the young, queer, NDN speaker who refuses to be wooed by the nature poem he’s trying not to write:

I can’t write a nature poem
bc it’s fodder for the noble savage
narrative. I wd slap a tree across the face,
I say to my audience.

Each line claps back at pervasive microaggressions and stereotypical assumptions that align Native identity with “nature.” The poem’s opposition tumbles along Teebs’s “thoroughfare of my thought process.” Through text messages, Gchats, snippets of dialogue, and critical theory shorthand, Pico builds a wisecracking dialectic between the speaker-self and nature.

Pico’s lyric gestures toward the fragmentation and documentary style of found poetry, compiling disjointed thoughts into tonally incisive lines. This agility creates a fluid identity for a speaker as interested in sex and music as he is in anti-colonialism, refusing to partition these component parts of the self. Pico’s long-lined irreverence pursues frustration as fodder for play. After extended tirades against the idea of a nature poem, Teebs imagines a romance with a personified figure of Nature:

Every date feels like the final date bc we always find small ways of being
extremely rude to each other, like mosquito bites or deforestation

At once flippant and furious, Pico turns conversations into punchlines into accusations. He positions Teebs to confront the personified Nature as an antagonist, the chimera of identity against the expansive purview of the natural world. Yet like identity, the conflict is not static. It morphs with the self and the language: here, glitchy syntax maneuvers to probe the musical stimulus of the speaker’s overwhelming emotion: the desire to dance.

This absence of reason—but a flood that feels reasonable to me—is this
I wonder is this, natural?

So-called “reason” is the Enlightenment ideal under which colonizers set out to conquer lands they deemed “uncivilized.” Pico’s default mode of understatement allows aphorisms to hold face-value meaning, undercutting potential grandiosity. What isn’t natural, we might ask.

As the dialectic progresses, conceptions of self and nature intertwine, cracking through Teebs’s hipster-cool facade. Teebs is no stranger to disdain and self-deprecation; his identity is built upon the willingness to cut against his own desires. The ego yields to a reflective lens on language itself—perhaps the most constructive and destructive of human creations—which becomes the poem’s central question. Teebs aligns himself more and more with his tribal history, using the first-person plural and treating ancestral trauma as personal history:

I can’t write a nature poem bc English is some Stockholm shit,
makes me complicit in my tribe’s erasure—

Here, as in many other instances, Pico’s slant-rhymes (“shit” and “complicit,” “nature” and “erasure”) nail the words’ denotation to their implication, showing that self-construction in poetry is also a deconstruction of personal history. Teebs excavates and confronts the history of his ancestors’ loss of land and language while also examining Manifest Destiny’s continuing destruction of Native people and homelands. This sparks an anger toward the colonizing power and its language:

Despite his performance of radical nonconformity, Teebs pokes tenderly at notions of physical destruction. “A voice has skin” and thus a responsibility to itself, its ancestors, and its contemporaries. His dialectic of self versus nature becomes a synthesis of “a self not unmade by shame” refusing the coy come-ons of the “natural” while teaching the reader to confront the built world as yet another facade destined to fall.