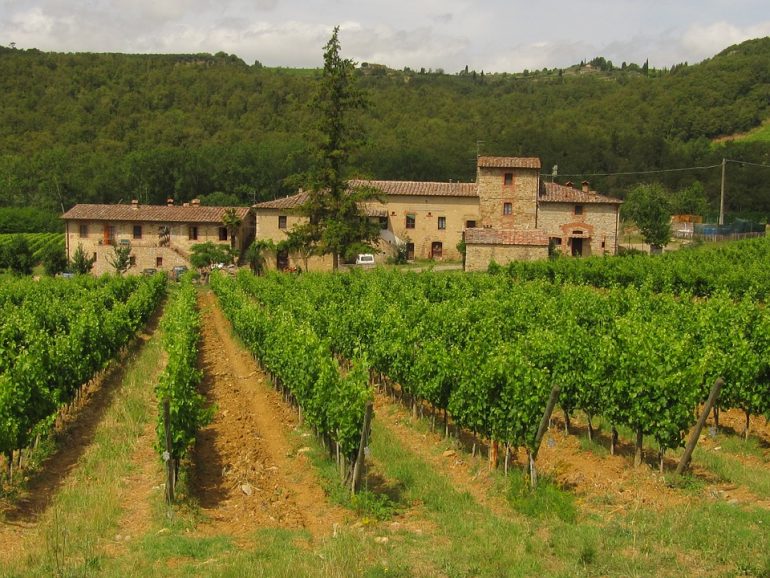 Last month, I wrote about the starring role food plays in Peter Mayle’s memoir, A Year in Provence. Frances Mayes’ Under the Tuscan Sun: At Home in Italy is written in the same vein; it has been called the Italian equivalent of Mayle’s book. Mayes is a poet, so it is natural that her prose charms readers with evocative detail and lyrical language. Like Mayle, Mayes, who is an American, buys and restores a house in a foreign country. The house takes on a new life and fills the author with happiness. She and her partner, Ed, develop a love of Italy over several years and relish the gastronomic delights that Tuscany has to offer. Under the Tuscan Sun is full of appetizing descriptions of food that represent the same passion for food as the French have and the author’s zeal to unearth the culture and food of Italy. Neither book is a food memoir per se. But food features prominently in both because exploring a foreign country involves learning about its culture and traditions, and food is part of them. Food is more than sustenance; it is often closely bound to civilization, especially for nations in the old world. A distinguished culinary historian, Massimo Montanari, says in his book, Food Is Culture, that everything having to do with food—its capture, cultivation, preparation, and consumption—represents a cultural act. In case of Under the Tuscan Sun, the author is a food enthusiast herself, dishing up evocative descriptions of food, along with recipes, so as to let readers vicariously steep in the culinary, familial, and social traditions of Italy while indulging her own culinary passion.

Perhaps even more than language, food is a marker of identity and culture. Eating in a foreign country is a process of discovery. Like Mayle, Mayes peppers her memoir (and travelogue) with gastronomic and epicurean pleasures, consumed in both homes and restaurants, but Mayes goes a step further: she writes neatly organized whole chapters on these experiences. In “The Wild Orchard,” she describes the abundance and surprise of fruit around her new home, and in “A Long Table Under the Trees,” she shows us how she discovers the joys of buying fresh produce in lively markets.

Early in the book, we get to see Mayes’ “surprisingly manageable kitchen” in a home still being renovated. Even though the kitchen is elementary, the first dishes cobbled together with whatever ingredients and implements are at hand taste “divine.”

Those first pastas are divine. After long work, we eat everything in sight, then tumble like field hands into bed. Our favorite is spaghetti with an easy sauce made from diced pancetta, unsmoked bacon, quickly browned, then stirred into cream and chopped wild arugula (called ruchetta locally”), easily available in our driveway and along the stone walls. We grate parmigiano on top and eat huge mounds. Besides the best salad of all, those amazing tomatoes sliced thickly and served with chopped basil and mozzarella, we learn to make Tuscan white beans with sage and olive oil.

Mayes begins the chapter “The Wild Orchard” with “the watermelon hour”–a pause in the afternoon. At this point, I am reminded of my own watermelon experiences as Mayes returns instinctively to her childhood: “Watermelon is arguably the best taste in the world, and I must admit that the Tuscan melons rival in flavor those Sugar Babies we picked hot out of the fields in South Georgia when I was a child … Sitting on the stone wall, sun on my face, big slice of watermelon – I’m seven again, totally engrossed in shooting seeds between my fingers and spooning out circles from the dripping quarter moon of fruit.” I remember my mother making watermelon sherbet in India at the peak of summer when I was a boy.

In “The Wild Orchard,” Mayes describes other kinds of fruit: pine nut, figs, pears and more. She discovers firsthand the origins of exotic fruits she consumed regularly in California, where she is from. At her home in Italy, she pounds pine nut shells to harvest kernels for torta della nonna, or grandmother’s tart. She bakes the tart for Signor Martini, her real-estate agent, who is lonely and wistful for his mother’s torta della nonna–his mother died at 93 a few years ago. The author offers him a large piece of the golden tart: “With the first forkful, he gets a dreamy look in his eyes. ‘Perfetto’ is his verdict.”

In “A Long Table Under the Trees,” we follow Mayes as she wends her way around vendors at a produce market, “hunting and gathering food” for a dinner. She says, “The vendors arrive early, unfolding what seems like whole stores or supermarket aisles from specially made trucks and wagons. One wagon sells local pecorino, the sheep’s milk cheese that can be soft and almost creamy, or aged and strong as a barnyard, along with several wheels of parmigiano. The aged cheese is crumbly and rich, wonderful to nibble as I walk around the market.”

At the butchers’ shops, Mayes encounters blood and flesh, carcasses hung, feeling a moment of compunction. She can’t imagine buying bunnies destined for slaughter because her daughter had a black Angora rabbit as a pet once, and here I feel the same resonance with her as I felt when I shared her experience of eating watermelon–I had a lovely white rabbit as a boy growing up in India’s heartland, so I can never eat rabbit meat!

Mayes seems an enthusiastic and accomplished cook. In the chapters “Summer Kitchen Notes” and “Winter Kitchen Notes,” she provides recipes of delectable dishes. The summer and winter dishes cover the courses of the Italian meal: antipasti, primi piatti, secondi, contorni and dolci. These chapters are a lesson on Italian culinary tradition.

As in A Year in Provence, we find in Under the Tuscan Sun descriptions of restaurant experiences with the poet’s detail and lyricism as Mayes travels across Italy. While visiting Pisa, the author has dinner on a piazza: “Ravioli, roast chicken, green beans, salad, a half carafe of local red. Then my elation ebbs and a total, delicious tiredness rushes over me.”

Mayes’ book ends with an evocative paragraph about another dinner that exemplifies that family is closely linked to culinary tradition in Italy.

At the long table in the country on Saturday night, I’m sitting between Ed and a woman with the mythic name of Leda … Five antipasti, a traditional polenta and cabbage soup from time immemorial, then gnudi, those delectable little balls of spinach and ricotta. And, ah, the duck that was squawking this morning, served with Ed’s favorite local pasta, pici. The din rises. More bottles of wine and water arrive … Then the roast pork, the rabbit suffused with fennel, the roasted potatoes. Two desserts. Vin santo, grappa, kisses all around, good night, good night.

Consumption of food, especially at family feasts, shows another cultural aspect: the concept of time. Meals are unhurried. Slowness is an Italian attribute that Mayes discovers not only during meals, but in other human interactions, as when Signor Martini spares the time for her: “Like most Italians, I’ve met, he seems to have time to give. I love this quality of becoming involved in the moment.” Leisurely lunches are an example, too. They also show Italians’ love of food and the importance they give to the art of eating.

Certainly Italian food and culture go hand in hand. For Italians food is not merely a means for survival. Food defines them. It belongs to the country’s history and culture. Mayes’ and Mayle’s books are both memoirs on experiences of living in a foreign country and buying and renovating a home, especially for Mayes, who devotes a considerable part of the book to the joys and travails of restoring an abandoned villa and shows a deep interest in Roman architecture. But both books are especially enjoyable for the gourmet and the food writer. Mayes has an additional ace up her sleeve: her cooking acumen. Her recipes and whole chapters on what food Italians hold dear are a bonus.