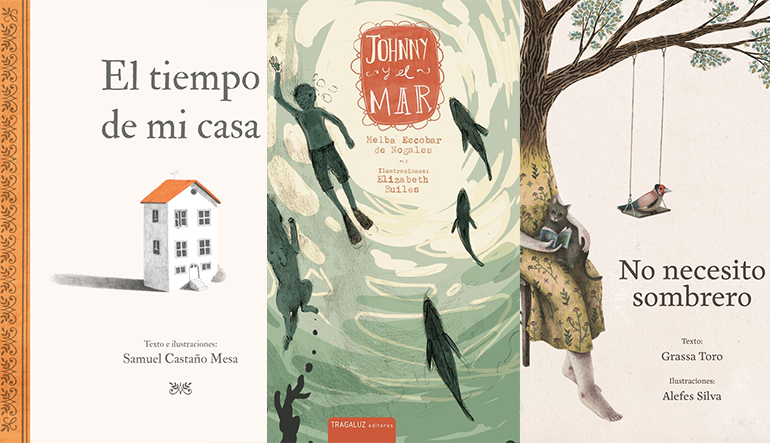 It has become generally accepted that the bulk of publishing in the US resides in NYC and Boston, with the occasional honorable mention to LA. Yet, any person within the industry knows that the country is rife with medium and small independent publishers across the rest of the territory. One such case is Coffee House Press, with its stellar lineup of fiction, nonfiction, and translation, it has become a powerhouse of independent publishing in Minneapolis. Tragaluz, a Colombian publishing house, has carved a space for themselves in a similar manner.

Most independent publishers, as well as the offices of Penguin Random House in Colombia, are located in the capital, Bogotá. Added to this very centralized landscape of publishing is the number of actual readers in the country. According to a study by the national census institution of Colombia (DANE), more than half of Colombians don’t really read and among the half that does, they only consume 4.2 books per year. It is in this context that Pilar Gutiérrez and Juan Carlos, her partner, decided to set up a publishing house in Medellín, the second largest city in Colombia. They had been thinking about it for a long time, of having a publishing house that accepted everyone as long as the quality of the texts was as excellent as the design and illustration. In 2005, when Juan Carlos lost his job and Pilar was finishing other projects, they decided it was time to take the plunge. Despite plenty who advised otherwise, they launched Tragaluz. Tragaluz is the word in Spanish for skylight, like actual skylights their project wishes to illuminate, to bring beauty and careful editing into books. They publish everything from poetry to essays, with particular attention to children’s and middle-grade level books. They aim to create books that incite all the senses, books that are a pleasure to read, to look at, to hold. To this day they are one of the most important independent publishers in Colombia. Their beautiful books have taken them all the way to the Bologna Children’s Book Fair in Italy.

Medellín is colloquially known as “The City of Eternal Spring” due to its amenable weather and flower-filled landscape, but as beautiful as the city may be, the truth, as Pilar mentions via an email interview is:

The reality is that we live in a very centralized city, [but] everything happens in Bogotá, where the Colombian Chamber of Books (Cámara Colombiana del Libro)—the main institution in the country that fosters and promotes the publishing industry in Colombia—resides. Tragaluz, like other [smaller] publishing houses, is not from Bogotá and this delays some information from reaching us, if it arrives at all.

It is no easy feat to nurture a literary project while far away from the epicenter of publishing activity, yet Tragaluz has made it work in a spectacular manner. The publishing house is Pilar and Juan Carlos’s main job along with eight more people who work with them. Their readership grows every year, and by this point they have become a benchmark of quality publishing in the country. In 2016, the book “Conquistadores en el nuevo mundo” received a special mention in the New Horizons category from the Bologna Ragazzi Awards—given out to noteworthy international publishers—and in 2015 their title “Johnny y el mar”  was chosen by the International Youth Library in Munich to be part of the White Ravens catalog. They continue working out of a “love and respect for the written word because at the end of the day that’s all there is.”

They receive help from the state in the form of grants and stimulus, but it is their growing fan base that keeps them going forward. And it is for their readers that they work. In addition to the books, Tragaluz “creates readers and creators, teaches workshops, supports illustrators; four times a year [they] hold exhibitions with the illustrators [they] work with. Tragaluz visits schools and presents its books so the children have the opportunity to meet new works and authors.”

A careful aesthetic was part of their publishing identity from the start. Juan Carlos, who is a professional designer, and Pilar—a natural-born designer—create books that “honors the text, where the details make of the reading a sensory experience.” All of their traveling to international book fairs has allowed Pilar and Juan Carlos to gather inspiration from all around the world, yet Tragaluz’s heart and main source of inspiration resides firmly in Colombia. As Pilar states: “Tragaluz wants to and strives to grow as a cultural project, we want to be a space for thought and reflection. Tragaluz wants to keep becoming more and more Colombian.” Even when talking about the best book she’s recently read she mentions the book “Memorias por correspondencia”—a compilation of letters from Colombian artist Emma Reyes—which was published to a runaway success by fellow independent publishers Laguna Libros.

This love for what comes from the country does not mean they are not willing to work with foreign authors or projects. Within their hundred-plus list of published titles they have a whole collection dedicated to Portuguese literature, their Lusitania Collection. They are always willing to take a look at any good project people want to send their way, that is why they hold an open submission period at the beginning of November.

It is very easy to fall in love with the books produced by Tragaluz. My first approximation to one of their titles was one from their collection of illustrated poems that a teacher had made us buy for an Evaluation of Texts class. I had never seen such a delicate book; hand-bound with an exotic-looking spine and a cloth hardcover. It was easily one of the most expensive books we had to buy for class, and as we poured over it no one, not even those who were not interested in poetry, could complain about it. My more art-inclined editor friends recommend to me Tragaluz’s newest titles year after year. This, an incredibly healthy and robust list of published titles, I believe is a sign of success in such a precarious industry as is publishing in Colombia. Tragaluz has a following that respects and adores their books just as much as Pilar and Juan Carlos respect and adore the process of making them.

T.N.: The quotes were translated and edited for clarity from the Spanish from emails with Pilar Gutiérrez by the author.