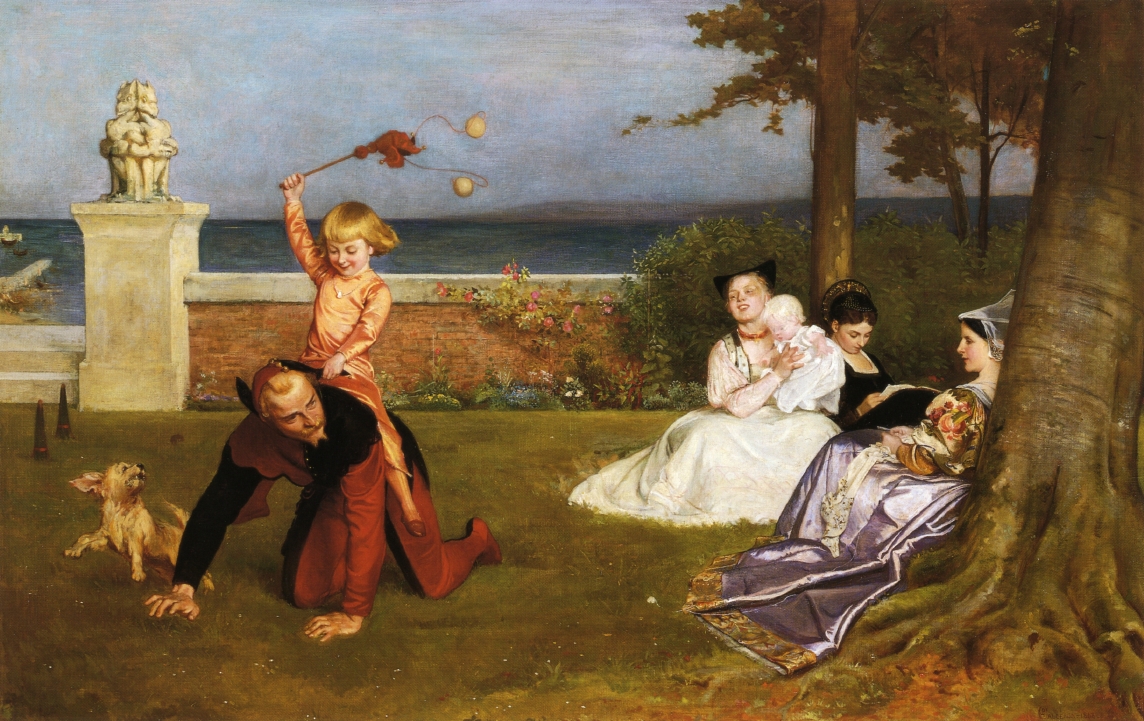 I was at Punta della Dogana in Venice when I first saw Ryan Trecartin’s Center Jenny. The movie was projected on the wall and brooded over Lizzie Fitch’s sculptures: lawn chairs and picnic benches chained to golf course-quality grass like a scary garden party. The film itself follows a group of sorority sisters with psychedelic skin to the soundtrack of breaking glass; their dialogue is alien English, merely clusters of Internet sound bites. The narrative is still in disconnect no matter how many times I watch the film, not quite something that can be revealed without its own consent, by which I mean that Center Jenny is content in control of itself and aware of its own audience—it’s not just video art, or something to be absorbed, but performance art. The same can be said for David Foster Wallace’s Infinite Jest.

Wallace’s mammoth of a book, a 1000-page manifesto on American addiction and entertainment, interrupts itself (a self-conscious being as famously analytical as its author) with 350 different footnotes—through footnotes the book first has a conversation with itself, then with the reader. Like Hamlet, from which the novel’s title is drawn, Infinite Jest is a performance within itself. In Hamlet, a play is performed within the play (an early commentary on entertainment), whereas Infinite Jest is a lethally entertaining film within a book of the same title. Of course, it’s simple to draw parallels between characters in both works, but the works themselves can also be viewed as foils—in other words, both works are just as alive as their characters. Hebbel am Ufer, an experimental Berlin theater, recognized this when they produced a 24-hour long play of the novel. The traveling play doesn’t take place within a theater, but on the streets of Berlin: an abandoned spy station on the Teufelsberg, or the prestigious Rot-Weiss tennis club. Viewers are subject to helping addicts into giant insect costumes and musical performances from Poor Tony Krause. Apathy is not allowed.

From a purely physical perspective, Infinite Jest is literally as heavy as addiction. The novel forces the reader to interact physically—some suggest tearing the book into three portions for easy carrying—and intellectually. Infinite Jest is also written in fractals, which read like TV commercials between your favorite programs; the fractals, unlike commercials however, demand attention for every detail. No boiling water for dinner during commercial breaks for the readers of Infinite Jest.

The structure of the book is reminiscent of David Shields’ ideas on literary collage—a “narrative” that depends on connecting paragraphs separated by white space through theme instead of plot. This is true in Infinite Jest’s structure, which uses the tragedies of addicts and existential distractions of teenage tennis players like cut paper and pleasure as glue. When assembled, or read in its entirety, the whole of Infinite Jest is a commentary on American addiction to entertainment; it’s easily described through theme, not plot, like collage. In a more literal sense, the color-coded sticky notes layered between the pages of any careful reader’s copy is a collage in itself. If a novel, especially one the size of Infinite Jest, can’t be consumed in whole and at once like a painting, the interaction it forces is perhaps where its performance begins. Similarly, video collage like Trecartin’s can’t be consumed in one moment—sitting down to watch a movie involves time restraints, like Fitch’s chains, and a battle with your own limited attention span. In the end the content becomes a performance when it knows the audience is watching—something no longer to be absorbed, but interacted with.