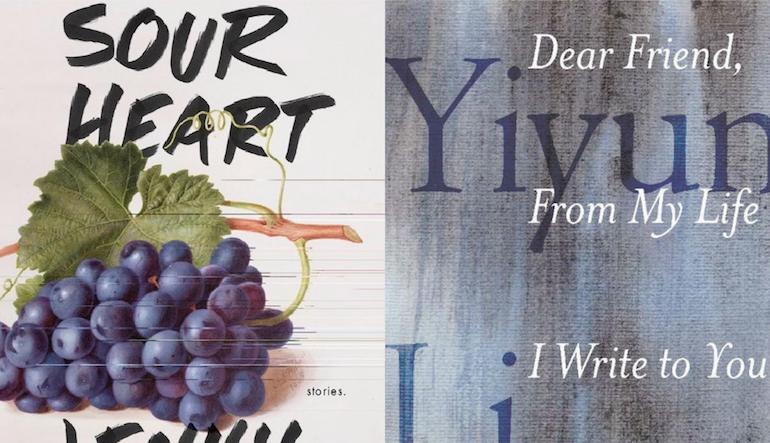 Being a daughter is a difficult thing to bear. Its pains, compounded by the demands of girlhood, aren’t ones you can grow out of. “The one way of identifying myself that always has felt the truest is as a daughter,” said the writer Durga Chew-Bose. “It feels like the most intimate type of belonging, because I had no say in it.” She calls it “a hard love.” The daughters of Jenny Zhang’s debut story collection Sour Heart and Yiyun Li’s memoir in essays Dear Friend from My Life I Write to You in Your Life are formed from the hardest love: their mothers’. Both Li and Zhang capture the particular kind of familial love that knots together affection with manipulation, fear and need with devotion. For Zhang, this complicated love runs throughout her stories of young first-generation Chinese American girls living in New York, while Li traces the contours of it through other writers and her own relationship with her mother.

The girls of Sour Heart swing violently between self-awareness and insensitivity, their love for their family a sticky mess of resentment and unabashed affection. Does anybody get girlhood—in all its perversity and painful naiveté—like Zhang? There’s a particular strain of shame and guilt that most of the first-generation immigrant daughters I know are familiar with. It is a part of that hard love, and it is heavy to hold. At times it seems impossible to carry. The story “Our Mothers Before Then,” takes a young girl named Annie who struggles in her love for her mother. The two were separated while Annie was younger—she was sent to Shanghai to live with her grandparents while her parents struggled through dead-end jobs in Brooklyn—and her mother has always viewed that split as proof of the insecurity of her daughter’s love for her. “Did you forget about your mother?” she asks Annie. “Did you even remember my face?” Annie imagines the words her mother has always wanted to hear from her: “It really is true that you have had one of the most unfair, terrible lives any person on earth could have and I’m so sorry that you’ve had to go through that.” The sentiment is comically exaggerated but the real joke is that it’s kind of true. This is the answer her mother wants: validation of all she has suffered—leaving her family and her home for a life of broken promises and hardship in America—for her daughter. What does Annie actually say? She stutters: “I . . . I . . . I . . . ,” unable, in that moment, to go past herself.

“All mothers are innocent when they accuse their children of selfishness,” writes Li in an essay from Dear Friend. Here, she is referring to her own mother, but also the mother of the poet Marianne Moore, who also had a fraught relationship with her daughter. Combining literary criticism with personal memoir in these essays, Li finds resonances between her own life with that of other writers and their works. While reading from Moore’s letters, she is stirred by an incident from Moore’s childhood, in which the young girl was gifted a kitten by a neighbor. Beloved by Moore (endearingly, she named him Buffalo), the kitten was killed by her mother. Moore justified her mother’s cruelty: “It would have [ . . . ] seemed like murder to him if we had kept him and turned him over to strangers.” Li is familiar with this “menacing logic.” When her own mother gave away Li’s treasured pet hamsters, she admitted to it easily. “Look how obsessed you are with them,” she told Li. “You can’t even show the same devotion to your parents.” There is a kind of troubling innocence in Li’s mother’s demand for a totalizing love, as though such a thing exists and could be attained with manipulation.

In Dear Friend’s final essay, Li recounts a visit to her childhood home, where her parents still reside. She finds a collection of family photographs: herself as a child, and her mother at sixteen, looking “beautiful in a romantic and glamorous way.” “I flinched at this shrine of innocence, when neither girl in the pictures had yet caused much damage,” she writes. “What if I had not known either of them? I would have looked at them more closely, my curiosity not different from my curiosity about any stranger.” Who are these two girls outside of their relationship to another, bonded together by a difficult love? They are, Li suggests, like anyone else: “No better, and no worse than others, these two are fools of fortune too.”

Tags:Dear Friend from My Life I Write to You in Your Life, Jenny Zhang, Sour Heart, Yiyun Li