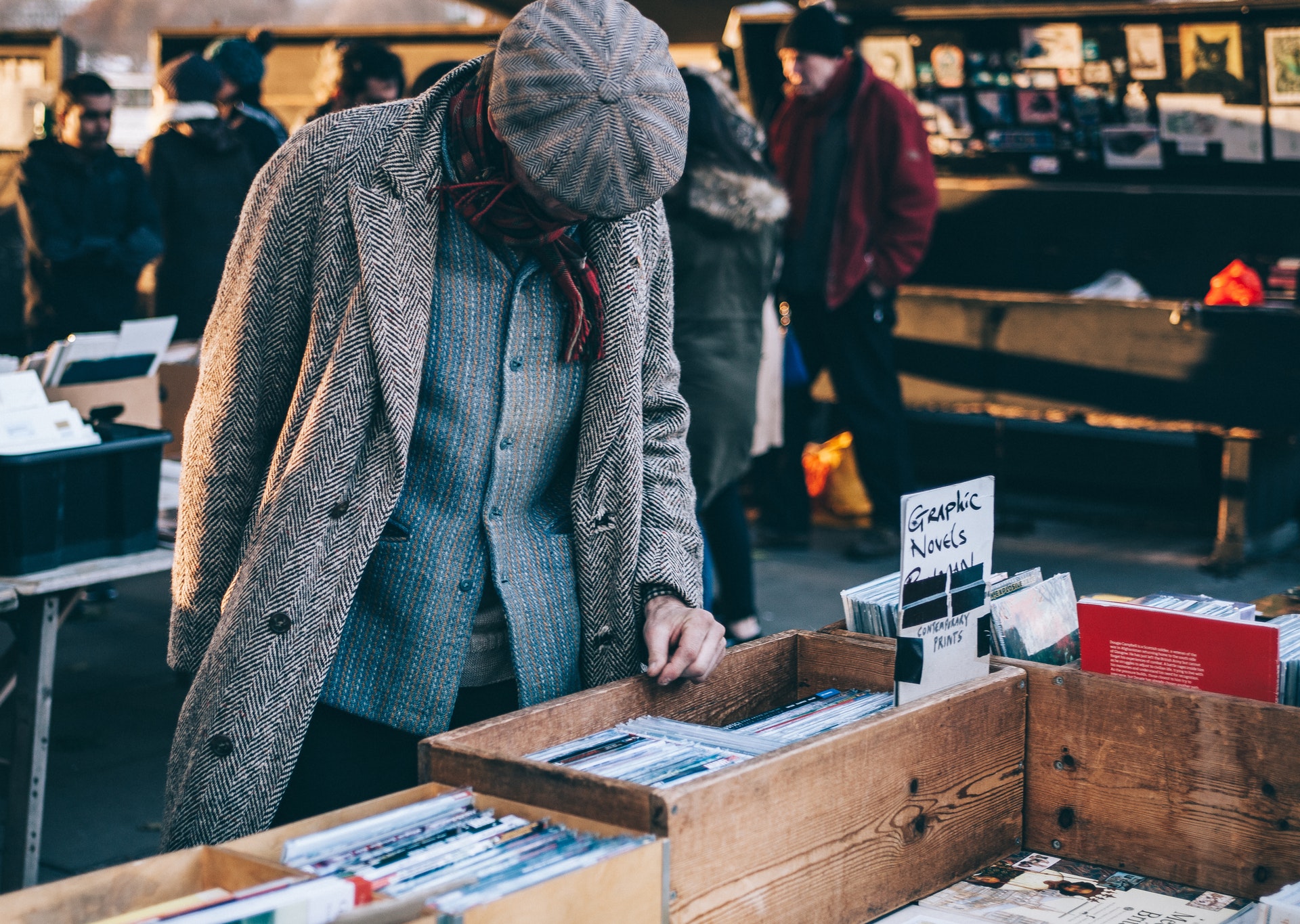 I first met Michele Filgate when she was the events coordinator at the wonderful RiverRun Books in Portsmouth, NH. She is now the events coordinator for the equally awesome McNally Jackson. In addition to her career in indie bookselling, Michele is an accomplished critic—she contributes regularly to Bookslut and The Minneapolis Star Tribune—and was an early champion of Tinkers, Paul Harding’s Pulitzer Prize-winning debut novel. Read on to hear Michele talk about the evolving role of the author reading, how independent bookstores set themselves apart, the joys of the personalized hand-sell, and why the world needs a Star Trek-style bookstore transporter.Laura: You’re currently the events coordinator for McNally Jackson. Previously you were events coordinator for RiverRun Books in Portsmouth, NH. I’d love to hear a little about these two literary communities. How have the differences between them (one is obviously a lot larger than the other) impacted your role as an events coordinator?

Michele Filgate: Even though Portsmouth, NH, is so much smaller than NYC, it’s a bit of a literary haven. I’m so glad I got to be an Events Coordinator at RiverRun Bookstore first. I couldn’t think of a better place that’s so community-minded to learn how to successfully run an events program. The great thing about being in NYC, though, is that I’m able to play with a larger canvas. I can pair incredible authors together for an in-conversation appearance, and it’s easier because many, many writers live in NYC. In Portsmouth, I was focused on a lot of community partnerships, and I’m hoping to do that at McNally Jackson as well. I think the role of an Events Coordinator is mostly the same whether you’re at a smaller store like RiverRun or a bigger store like McNally Jackson. Ultimately, you just want to curate an engaging program that customers are excited about.

Laura: There’s a lot of talk right now about the value of readings, or the lack thereof; this Observer article, for example, comes to mind. From the perspective of an events coordinator, what is the value of author events? How can this model be re-invigorated? And how is McNally Jackson’s vision of the author event evolving?

MF: Having a strong events program is one of the best ways an independent bookstore can set themselves apart from Amazon and other online competitors. Community is one of the mantras of every indie bookseller, but that’s because it’s so true. Having a place where people can gather and learn; can engage in an intelligent discussion or debate; or can meet a favorite writer who inspires them is crucial in our fast-paced modern society. It’s absolutely necessary to be able to take a step back from Twitter streams, blog posts, e-mails (all of which I love!) and have a gathering place for ideas and books.

That being said, I think the age of a single author standing in front of a microphone is behind us. That does work for certain authors, but as an events coordinator I like to play with the idea of an event. It’s sometimes far more interesting to have several writers take part in a discussion around a certain book, or form a panel around a certain topic.  I don’t think there’s any right answer just yet; I like to think of our vision for events as constantly evolving.

Laura: The indie booksellers I know always seemed jazzed about hand-selling and helping a customer find their way to the right book, and in a recent interview at Full-Stop, you were quoted as saying that you enjoy “being able to draw attention to a book that is under the radar.” Can you talk about the role booksellers play in helping readers connect with authors?

MF: It’s basically what we indie booksellers live for! There’s nothing more exciting than hand-selling a book that we’re passionate about, and it’s even more thrilling when it’s a book that’s under the radar and deserves more attention.  Indie booksellers have helped turned books into bestsellers. It’s so much better to get a recommendation from a person than from Amazon. Amazon just can’t compete with us when it comes to the personalized hand-sell.

Laura: What titles have you especially enjoyed hand-selling lately?

MF: I’m happy to say that I’ve been selling a bunch of one of my favorite titles of last year: Elegies for the Brokenhearted by Christie Hodgen. My review in The Star Tribune says it best: “Christie Hodgen is a sculptor of sentences. Her words brim with the weight of memory, an incantation that pays homage to the deceased in all of their flawed beauty.” I want everyone to read this book.

Another favorite book from 2010 just came out in a single paperback volume (originally published in a box set of three paperbacks and a hardcover)—Skippy Dies by Paul Murray. I interviewed him for Bookslut last year, and he is hilarious and also very talented. From my Bookslut interview: “What’s not to appreciate about a sprawling, humorous novel set at a boy’s school in Dublin; a book that encompasses the trials of being both a teenager and an adult? There’s definitely humor here, but Paul also covers some serious territory.”

Laura: What’s been one of your most exciting moments as an events coordinator?

MF: Oh man, it’s so hard to pick just one.  I suppose it would have to be when we hosted Paul Harding at RiverRun Bookstore for a second time, just after he won the Pulitzer. That was a very special moment for me.

MF: When Gabriel Byrne interviewed Edna O’Brien, I was wowed by their intelligent and wonderful conversation.

When Nicholson Baker read from The Anthologist, I was incredibly impressed. I could have listened to him read the entire book.

MF: So many! Bellevue Literary Press, Richard Nash’s Red Lemonade, The Millions, The Rumpus, The Morning News, The Quarterly Conversation, and Full Stop. I could go on and on.

Laura: What do you wish existed in publishing (or bookselling!) that hasn’t been invented yet?

MF: Hmm. It sounds silly, but I’d love a bookstore transporter (Star Trek-style) so that people could visit all the great independent bookstores around the country without having to buy a plane ticket or get in their car.