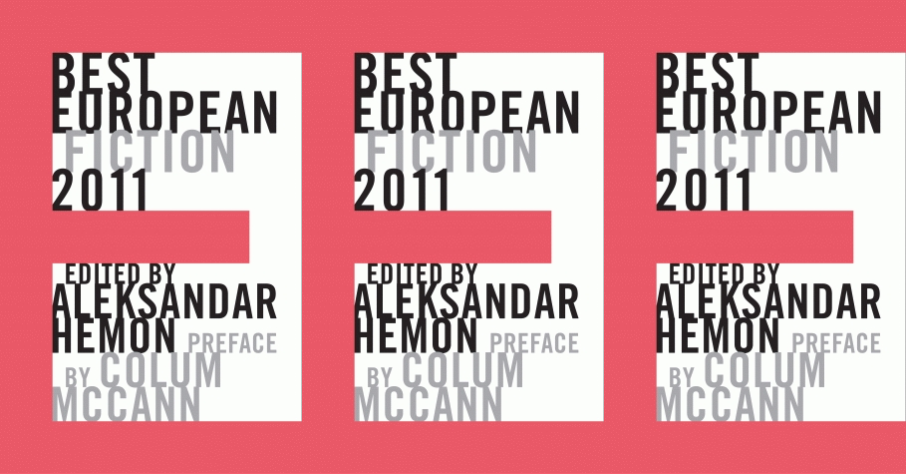 It’s hard for me to give a succinct introduction to Dalkey, as they are one of my all-time favorite publishers, so I’m going to keep it brief: if you don’t have any Dalkey books on your shelves, run, don’t walk. They will set your world on fire. Associate Director Martin Riker was kind enough to take the time to answer some questions about the inner workings of Dalkey. Read on to hear his thoughts on Formalism as a human concern and the forthcoming Dalkey title that is “something like if a Christian publisher got the exclusive rights to the Bible.”

Laura: In an interview with Publisher’s Weekly, you spoke about Dalkey “promot[ing] a vision of literature within the culture that’s larger than the popular culture of the moment.” Could you talk a bit more about that sensibility?

Martin Riker: I would say Dalkey takes what I call “the long view” of literature. I don’t know if literary culture has always been under such pressure as it is now to be topical and/or relevant to a narrow set of immediate cultural concerns, although I guess Ezra Pound wouldn’t have had to coin that “news that stays news” phrase in defense of the timelessness of literary value unless said value was already in question. The “long view” idea is simply that you view contemporary literary art as being part of several different conversations concurrently: with the contemporary world, of course, but also with literary history, the countless stylistic and formal traditions that compose the history of literature as an art form, and more generally with the history of human thought and feeling. The problem is (maybe has always been) that the vast majority of readers are trained to look to literature solely for what it is “about” and this “about” is almost always defined in terms of topical relevance, how the book’s content relates to what’s happening experientially at this cultural moment, even though most readers I’ve ever spoken to would seem to agree that style and form—how something is written rather than simply what it is “about”—is what makes the whole enterprise worthwhile and sets literature apart from journalism. I consider myself and the others at Dalkey to be ardent Formalists, with the proviso that we get to define this term however we’d like. Formalism can get a bad rap, if it gets any rap at all, because it is understood as an interest in style and form rather than in human experience, but really Formalism is entirely a human concern. It’s a way of understanding human experience as being approachable in more ways than one, and in a larger context than just the present moment.

Laura: The majority of Dalkey’s titles are literature in translation. When it comes to the volume of work out there worthy of translation, the possibilities must seem infinite. Can you take us inside Dalkey’s selection process?

MR: You’re right that the vastness of the possibilities is a large part of why Dalkey Archive is drawn to publishing literature in translation. We could (and do) contend for the best writing in the US (we’re bringing out new editions of William Gaddis’s J R and The Recognitions, for example, and have recently published new work by Ishmael Reed, Joseph McElroy, Micheline Aharonian Marcom, Joshua Cohen, etc.)—but when it comes to finding the best writing from the entire rest of the world, there is very little competition. Plus there is the pleasure of discovering not just new writers but new ideas about what writing can do, new ways that writers have found of “doing” literature; this is probably the most interesting thing about being a publisher of literary translations.

That said, I think it’s a big mistake to label Dalkey Archive or any other publisher of translations as a “translations publisher,” as if the primary criteria for choosing a particular book to translate and publish is that it is not originally written in English. The fact is, every press has its own aesthetic identity and seeks out those books that are of specific relevance to that identity. We may publish a number of the same authors as New Directions, for instance, but we also are drawn to many authors and works that New Directions would not be and vice versa. Translation is a means, in other words, rather than an end. Our selection process for translated works follows the same criteria as does our selection process for American writers. We are mostly driven by what we like.

MR: This is perhaps the one addendum to my response to Q#2 above. Yes, we’ve moved, in recent years, to publishing within a number of National Literature Series, where we focus our editorial and other resources on specific parts of the world—rather than picking one book from here, one book from there—so that we can delve more deeply into particular literary scenes and develop a list with greater depth. These series are mostly funded by foreign government agencies, and this funding allows us to do more with and for the books than would otherwise be possible.

Laura: Dalkey moved to the University of Illinois at Urbana-Champaign in 2006 and continues to be housed there. What are the advantages (and possible downsides) of a press having university affiliation?

MR: It’s advantageous for both the Press and the University. The University of Illinois provides us with financial support of various forms, including office space and materials. We work with students and have been a central piece in the development of the University’s translation program. Dalkey has always been as much a nonprofit organization as it has been a publisher, even if the latter is the face most people see. What I mean is, we have a long history of being involved in the sorts of educational and critical activities that other publishers would not do, because such activities are not strictly speaking the job of a publisher. Dalkey is driven by a nonprofit mission, to foster a certain important part of the literary culture that goes under-supported by the commercial sector — but the means of achieving that mission are surprisingly varied. Having an institutional partner with wide resources and interests and with similar objectives is of course a great advantage to us.

Laura: In 2009, Dalkey established a marketing and distribution relationship with Norton. What did that new structure change?

MR: The first big thing was that we no longer sell directly to booksellers; Norton handles that, and their reach is much larger than ours ever was. The second big thing was that we came under the protection of the Norton “umbrella” right around the time the industry was becoming somewhat scarily consolidated and so were not as vulnerable to being pushed around or ignored by large commercial institutions than we would otherwise have been. The third big thing was that we were simultaneously picked up by all of Norton’s international affiliates, so now our distribution is worldwide.

Laura: A favorite author of mine, Jean–Philippe Toussaint, has published several novels with Dalkey—most recently Running Away (I was excited to see that a kind of sequel, The Truth about Marie, is forthcoming in September). How did Toussaint first come to Dalkey’s attention?

MR: A favorite of mine as well. The first Toussaint book Dalkey published was Television, which came out when I was on leave for a few years doing a PhD. I imagine it first came to the Press’s attention via the translator, Jordan Stump, because Dalkey tends to publish any book Jordan Stump brings to us. So I really encountered that book purely as a reader and fell in love with it. After I returned to Dalkey, we signed on a few Toussaint reprints (The Bathroom, Monsieur) along with starting to do new translations of his other work. Everyone at Dalkey was excited about his work, so no single person was responsible. I’ve been pleased with the job we’ve been able to do of promoting him—building his reputation in larger and larger venues from book to book. To do that, you need an extraordinary writer, of course, but you also need a lot of hard work and commitment on the publisher’s part.

Laura: Is there anything in the pipeline at Dalkey that you’re especially excited about?

MR: Since I’m responsible for promoting all of Dalkey’s books, I try not to play favorites. I will say that bringing out new editions of Gaddis’s masterpieces seems to me a real milestone for the Press. Something like if a Christian publisher got the exclusive rights to the Bible.

MR: Well the ones I personally like tend to be on the smallish side. But I admire pretty much all of the places that publish formally innovative fiction, whether in translation or not. I am also a fan of Small Press Distribution, even though Dalkey is not involved with them (because we are distributed by Norton), because they are doing essential nonprofit work in what must be the least “sexy” sector of the book industry. It’s hard enough to convince someone to support the publication of books; I can’t even imagine convincing someone to support book distribution. But SPD does this, and as a result, the possibilities for small publishing in this country are much more vast and serious.

MR: I guess I’m more interested in what used to exist and now doesn’t seem to. It would take too long to explain that, though. And would get a little depressing. I’m depressed already.