Home
»
Reading
»
Is it Time for a Response to Lolita? 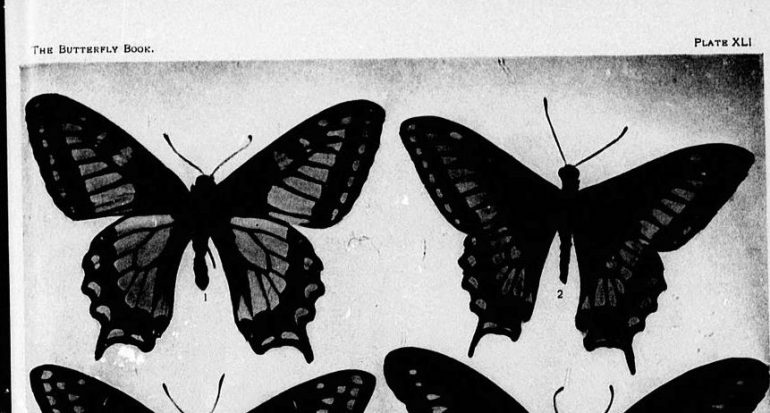 Writing a piece like this, asking such a question, feels a little ridiculous. A little juvenile, if I’m honest, but there’s something compelling in the idea—what would an answer to Lolita look like? If the legal ramifications around the jealously guarded rights to the work were not a consideration, if we didn’t try to make it “modern” in the ham-fisted sense of placing it bang in our time, but just straight-up rewrote the work from that ghost’s voice—what would it look like?

There are more than enough very learned people who have studied Nabokov and literary theory who would say it’s an impossibility. Indeed, when you consider the exquisite workings of the novel, of Nabokov’s entire body of work, its boldness, his rarefied and rare imagination, the magnificent play of idea and reference, pattern and parody, feeling and wit, everywhere at work in the novel, it does seem absurd to imagine there could be an answer. But I feel, still, there should be one. What is it about *answering* that novel that makes it such a necessity to me, a compulsion?

I think that, ill-equipped and juvenile as my understanding may be, it’s born of genuine admiration for the novel, of having been truly moved by what it does, the subtle and brilliant magic it works. And yet, and yet—it remains only half the story. The novel acts as a mirror of itself in many ways, and one of which is that in detailing an act of violence the way that it does, by consuming and subsuming the real girl Dolores Haze’s entire being into the sentiments, poetry, attempts at justification, humor, lyrical play of her tormentor, the story itself is an act of violence, doubly destroying the living, breathing, young girl at its heart.

It is an act of terrifying violence all the more unsettling because the original seed of Lolita, The Enchanter, was not published because in Nabokov’s words, “the little girl wasn’t alive. She hardly spoke. Little by little I managed to give her some semblance of reality.” This poignant statement makes the act of erasure, of the attempted sublimation of rape and essential murder, all the more haunting. As is wonderfully explained by Alfred Appel, Jr. in his brilliant introduction to The Annotated Lolita, nowhere is this revealed more heartbreakingly than in the second to last page of the novel, when Humbert, for the first time shedding the parody and irony and virtuoso doubling of meaning, realizes Lolita’s loss, the irredeemable loss he has caused her, as a fellow breathing, living human being. Vera Nabokov herself makes this clear, in her private commentary on the novel and its reception: “I wish someone would notice the tender description of the child’s helplessness, her pathetic dependence on the monstrous H.H., and her heartrending courage all along, culminating in that squalid but essentially pure and healthy marriage, and her letter, and her dog.”

All of this is part of the novel’s brilliance, of course, but as a one-time little girl myself, as a grown woman living in horror perhaps of many of the things the tawdry Charlotte Haze must have held in horror—growing old, being ugly, being unwanted, used-up, passé, and admiring as I do the real artistic magnificence of the novel, I feel, still, a little robbed. You see, the things that so repulse many people about the novel, and rightfully so, its ostensive subject matter of the sexual abuse of a twelve-year-old girl, the pedestrian facts of its plot—of rape, of abuse, of the subsuming of one life—a girl’s life, a woman’s life—violently by a man—these things are not so very out of the ordinary. They’re what I’ve lived, what millions of others have lived. There’s a femininity to that suffering. I can’t help but feel, having read Lolita, that as a woman, as a one-time comrade of Dolores herself, I come out of it feeling quite badly used.

It’s a landmark work, a dazzling masterpiece in its construction, emotion, verbal patterning, texture, and music, a brilliant parody nonetheless never lacking in pathos, but it’s still, somehow, not enough, not all. Not for me, at least, who read it at the urging of a man who did to me what Humbert does to Lolita, though without Nabokov’s poetry. Not for me, whose first thought, though I shuddered at certain lines and tripped lightly past, away, slid my eyes off them fast as I could, thought, poor man, poor man, and laughed at all the right places where one is hopelessly and horrifyingly beguiled to laugh. Even now, as an adult who marvels at the dexterity of the novel’s execution, its wordplay, its magnificent originality, I’m nagged at by something like a little hand on my sleeve, a ghost tugging, saying, but this, too. Where is the rest? If that reality was so vital to Nabokov, if its silenced heart is what makes the novel so haunting, then there is space, surely, surely, for the real, breathing girl to speak properly.

It wouldn’t do to have such a response be all weeping, hair-tearing, chest-beating. It wouldn’t do to collapse into the tragedy that everywhere, everywhere, murmurs and laps at the novel. In the same way that Marguerite Duras’ astonishing narrator of The Lover treats her own ambiguous relationship with an older man, with a refined brutality, a bracing, untameable music of emotion and observation, carefully and cannily wrought, a response to Lolita would be something that gave Dolores’ ghost her blood back, her hoarse voice, the genuine eloquence and range behind her sulks, her rages, her dreams. Above all, her reality, complex, human, must remain intact—of all things, for the love of God, let her not be turned into some kind of proto-woman, The Girl Child, endlessly living her namesake as part of a patly defined system of oppression and systemic violence, and all the rest without variation, nuance, humanity, reality, and never quite really breathing.

It would need to play with artifice and reality, to hold a mirror to the original, itself, and the world that receives it—a world that has fallen hook, line, and sinker for many of the traps laid by Nabokov to show us our own egoism, assumptions, transference. Because a response to a book like Lolita would necessarily also be a response to the society that received it, celebrated it, misunderstood it.

This kind of multilayered thinking, and the kind of humor it employs, are perhaps not far off from the humor of implication and metaphor of the generation that brought us memes and Tumblr. What is more, those things are distinctly youthful in their audience and creators. As for the dazzling references worked throughout the novel—well, consider Lana Del Rey’s aesthetic commitment to a vision of vintage Americana, the capturing of mood and myth throughout her music videos made up of shaky, nostalgic stock footage, cartoons, webcam-like shots of herself singing. There’s a fantastic intertextuality at work there, and sometimes delightfully clever and emotionally astute references to and plays on text and subtext. Is it at Nabokov’s level? God, no, very decidedly far from it, but it suggests the kinds of technique that might work in an answer to Lolita, from the perspective of the girl herself.

Consider Sophia Coppola’s work, the self-mythologizing but beautifully intuitive and observant documenting of girlhood. Go further and consider the artists and teenage bloggers of tumblr, who use collage by reblogging, creating themes and aesthetics that provide the kinds of shades of mood, tone, detail, life that could bring its own startling originality to Lolita’s diary in the right hands. The question would then be of refinement, of reach, of intellectual awareness and quest. And I’d even hazard the suggestion that it would need to be written when young, it would need to be written by a young woman—still in touch with what that means, its vulnerability, its brutality, its feral nature and feeling.

If Jean Rhys’ Wide Sargasso Sea could be written in response to a classic and give powerful, essential voice to a woman turned into a monster by the original narrator, the answer to Lolita would take its wild, vital core from the moment Humbert, and in many cases the reader, realizes one of the essential terrors and brilliant tricks of the novel itself; the utterly haunting moment when Humbert, walking with Dolores and one of her friends, hears her

so very serenely and seriously, in answer to something the other had said about its being better to die than hear Milton Pinski; some local schoolboy she knew, talk about music, my Lolita remarked: ‘You know what’s so dreadful about dying is that you’re completely on your own’; and it struck me, as my automaton knees went up and down, that I simply did not know a thing about my darling’s mind and that quite possibly, behind the awful juvenile cliches, there was in her a garden and a twilight, and a palace gate—dim and adorable regions which happened to be lucidly and absolutely forbidden to me, in my polluted rags and miserable convulsions . . .

If we, as women, as the one-time Dolores’ of the world, work through this brutish life as best we can, and if we’re lucky, find maybe our sweet love and a dog near the end of it, could have some part of just that garden and twilight, if Dolores could be allowed in her own way, with her own spirit and heart to answer, with her tears and her roses and her radio songs and magazine cutouts and her “dream-gray gaze never flinching,” I think the world might be the richer, and more whole, for it.