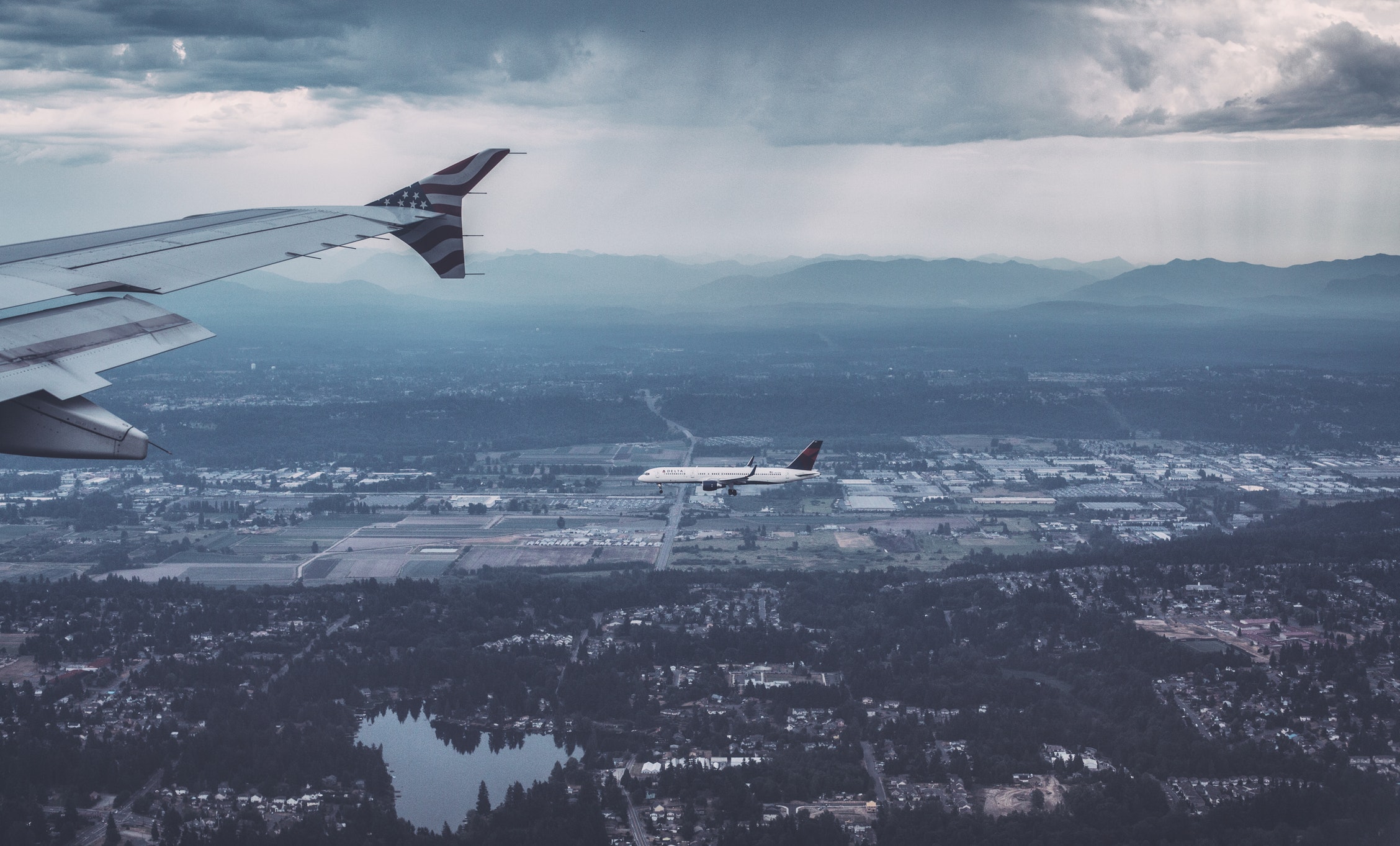 Meghan O’Gieblyn’s debut essay collection, Interior States, which was just named the nonfiction winner of the The Believer Book Award for 2018, focuses on religion—particularly Christian fundamentalism—life in the Midwest, and her loss of faith. After growing up homeschooled in an evangelical Christian environment in the Midwest, she attended the Moody Bible Institute in Chicago; while she does not pinpoint the exact moment, she eventually leaves the college and abandons her faith. “To be a former believer is to perpetually return to the scene of the crime,” she says.

Regardless of whether the reader comes from a similar background, Interior States delves into territory that resonates with us all, shedding light on our current religious climate and on the way religious beliefs influence secular society. O’Gieblyn seamlessly connects personal narrative and cultural criticism, turning her eye towards such topics as Alcoholics Anonymous, John Updike’s fiction, motherhood, Christian pop music, our ideas of hell and the end times, Mike Pence, and, in her essay “Ghost in the Cloud,” the similarities between Christian beliefs and transhumanism—the belief that technology will one day let us transcend our bodies.

I first encountered O’Gieblyn’s work—which has been published in The Los Angeles Review of Books, Oxford American, n+1, The New York Times, and NewYorker.com, among other outlets—years ago, after participating in a workshop she led. It has since broadened my view of what the personal essay can accomplish and how it can provide insight into the complexity of our lived experience. In her introduction to this collection, she compares writing to the religious practice of giving testimony. She uses her writing to “impose some semblance of order on the world” and to connect her experiences to larger conversations in a way that she could not manage as easily with fiction—the genre in which she got her start. Her work, too, resists neat and easy conclusions: in her essay “On Subtlety,” she admits that “the material world is every bit as elusive as the superstitions I’d left behind.”

While O’Gieblyn is currently deep into the writing of her second book, she’s taking periodic breaks to write a monthly column, Objects of Despair, for The Paris Review about “how our interactions with objects, particularly newish, technological objects, are informed by very old ideologies, including primitive superstitions and religious notions.” I spoke with her about her writing process and how she tackles material that doesn’t offer easy answers.

Emily Webber: The essays in your collection, Interior States, are very much grounded in your personal experiences, but also transcend the personal and connect to larger ideas. Can you talk about how these essays evolved and what piecing it all together was like?

Meghan O’Gieblyn: Each of the essays in my collection began with something personal, drawn from my own experience: a memory, a particular image. A few years ago, I had this vivid memory of sitting in church youth group as a teenager and being made to watch a film about some kids who get into a car accident and go to hell. The film was horrible, like a bad driver’s ed. video. There was this scene where the characters are standing in the judgment line with dry ice fog and everything, and some of them are not saved, so they get pushed into elevators and sent down to hell. I hadn’t thought about this film in years, but I suddenly remembered how terrified I was of this scene. And then I recalled all these other images of hell I’d been shown as a child. I wrote a scene about the film. Within a couple weeks, it had mutated in a 10,000-word essay about my struggles with the theology of hell, being in Bible school during 9/11, and our culture’s declining vocabulary for evil. These were clearly ideas I’d spent a lot of time thinking about at various points in my life, but I hadn’t considered revisiting them until I had this very particular memory about the film.

I have a strong inclination, once I start writing, to broaden my experience as much as possible. This is purely motivated by my fear of losing (or boring) the reader. I’ve always suspected that people won’t care about my experience unless I can make it relevant to something larger, something public.

EW: In your essay “Ghost in the Cloud,” you talk about your fascination with transhumanist philosophy. How did you stop yourself from getting buried in the research? Did you need some distance from the subject matter to help you get a more focused view?

MO: I didn’t stop myself from getting buried at all! I was absolutely drowning in research. This is always the case when I’m writing big essays, but the research was particularly addicting for this one because I was writing about an obsession (with transhumanism) that I’d had in my early twenties. I hadn’t thought about these ideas in years, but I went right back down the rabbit hole. At one point, I started to feel a bit unhinged, like I was discovering these esoteric connections between biblical prophecy and contemporary technologies. Over time, the idea of obsession began to make its way into the essay. I’d initially envisioned the piece being more objective and analytical, with my personal narrative merely serving as a frame. But the research process made me acutely aware of the fact that these connections were particular to my experience: the reason I was interested in transhumanism was because it intersected with theological questions I’d struggled with at Bible school about the resurrection and immortality.

The first draft of the piece was very information-heavy. Much if it got condensed, thankfully, during the editing process with n+1, who published the piece. But I’m convinced I had to do all that research for the piece to work.

A student of mine recently asked how you know when you’re including too much research in an essay. The only answer I could think of was: you only know after you’ve overdone it. I think that’s the case with a lot of things in writing. You don’t know where the line is until you go over it, and you have to give yourself the freedom to cross that line to get the material you need.

EW: Your write about your struggle to find clarity after your loss of faith, but you’re also honest about there not being a clear answer or epiphany to be had. Is it scary to leave unresolved questions on the page?

MO: I suppose I’ve always been wary of easy answers, and perhaps my essays take that wariness to its logical end. I’m always trying to complicate my own assumptions, if only to make the process more interesting for myself. I already know the contours of my own story, and I have no interest in telling it again and again unless I’m trying to discover something new. What I try to do in these essays is find out what I don’t know, what I’ve ignored, or what I’ve been unwilling to consider.

Essays are always about unresolvable questions; they are always “attempts,” and in that sense they’re always failures—at least in an epistemological sense. The writing process often feels like a math problem, and yet “solving” the problem isn’t about answering the questions, but rather getting the essay itself to work, on a formal and aesthetic level. As someone who has spent much of her life obsessing about essentially irresolvable questions (is there a God? Why are we here?) there’s something very satisfying in being able to sublimate those existential questions into problems of craft. Instead of finding an answer, I’m thinking about how to make the piece artful, compelling, and beautiful.

EW: You said you started out as a fiction writer. How did your fiction background influence you as an essayist?

MO: I still work like a fiction writer in the sense that I’m not a very systematic thinker. I never map out an essay or figure out what I want to say before I begin. I’m just looking for resonances between ideas, and the piece comes together by constantly drawing parallels between the subjects I’m writing about. It’s a very disorganized process, and supremely inefficient. But it’s the only way I know how to work because this is how I learned to write short stories: you’re always working from the inside out, letting symbol, metaphor, and theme emerge organically.

The other important thing I learned as a fiction writer is how to develop a story arc. People don’t typically speak of essays having a “plot,” but like fiction, they depend on a clear and sustained conflict. In essays, the tension comes primarily from the development of ideas. One of the most valuable lessons I took from fiction workshops is that each scene needs to be increasing the stakes somehow: you can’t move backwards or let the tension idle. That’s something I’m always thinking about with essays. Each section has to continually complicate the questions that appear at the beginning.

EW: Are you likely to revisit the topics covered in Interior States? What’s next for you in your writing?

MO: I feel as though I’m finally “done” writing about those experiences—though I say this cautiously, since I’ve vowed before not to revisit this material and have found some reason to do so. I’m still interested in the ideas I explored in the collection, particularly the ways in which religious ideas still linger in our increasingly secular culture and turn up in unexpected places (the book I’m working on now is about how emerging technologies are causing us to revisit questions that have traditionally been explored in theology). But I have less interest in writing about those ideas from a personal standpoint. It’s funny because I’m wary of the idea that personal writing is cathartic, but the process did, in a way, have that effect on me. I don’t want to say that I resolved the questions by writing about them, but I certainly worked something out.