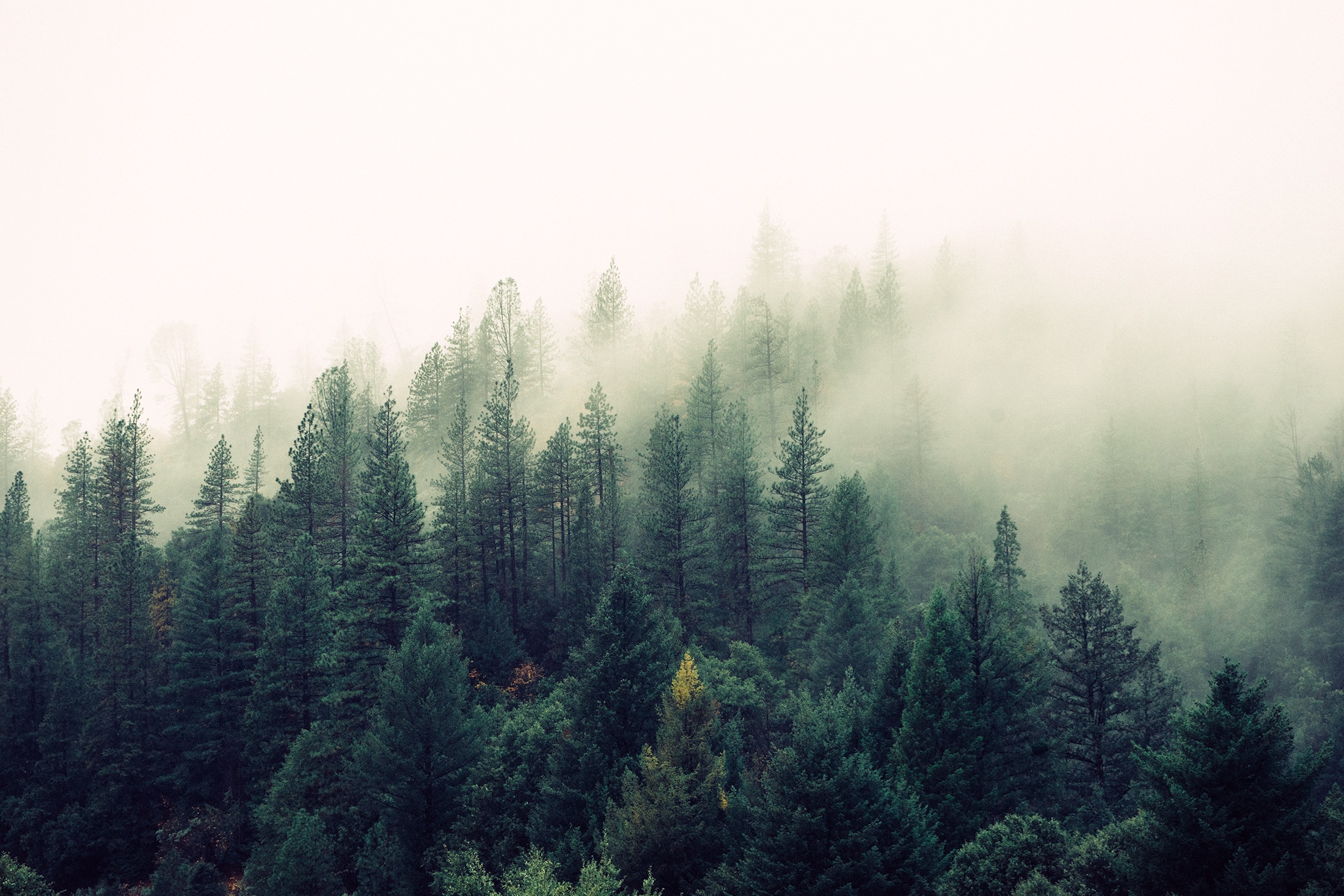 I’m in the middle of writing a novel that has, at its center, an affair between a 15-year-old girl and a 37-year-old man. I’ve tried to figure out what drew me to this scandalous and disturbing, but also titillating, subject matter. I know I’m a product of my culture, a culture that produced the expression “jail bait” out of a need to acknowledge both the temptation and the possibility of punishment that underage girls present to adult men. And I’m also trying to autopsy that culture, to slice into its organs and put them under bright light and magnification and conduct an inquiry. When I think about the pursuit this way, it seems honorable. But a novel is, at its most basic level, a form of entertainment, so I have to consider my motives.

The adult-man-plus-teenage-girl plot is a common enough version of the coming-of-age narrative, and I’ve recently revisited two novels with it, both written by women: Sue Miller’s Lost in the Forest and Elizabeth Strout’s Amy and Isabelle. In both novels, the older man is a trusted member of the community, and in both novels the girls are fifteen, teetering between childhood and adulthood, willing participants initiated into their sexuality by the adult men. Both girls experience sexual pleasure with the older men, and both are unquestionably damaged by the relationships. The girls are underage, but the novels are murky with the question of consent.

In the beginning of Sue Miller’s Lost in the Forest, Daisy’s stepfather, the one person who understood her, dies in an accident. Daisy is adrift in her grief and feels misunderstood by her parents, sister, and peers. Duncan, the husband of her mother’s best friend, catches her stealing money from the cash drawer of her mother’s bookstore and uses this knowledge to coax her into his car, referring to the bargain they have to make. Daisy has never liked Duncan, who is sarcastic and mean-spirited, but she’s drawn to his interest in her. Throughout their relationship, he shifts between kindness and cruelty, complimenting her one moment, taunting her the next, keeping her off balance in order to preserve his dominance.

The pattern is similar in Amy and Isabelle. Amy is fatherless, living in tight quarters with her often unreadable mother, who has never fit in in town. Her new math teacher, Mr. Robertson, humiliates her in front of the entire class. She hates him but is excited by what she recognizes as his capriciousness. Like Duncan, Mr. Robertson actually talks to the girl, asking her questions about herself in a way most adults don’t. The men seem to recognize an undiscovered specialness in the girls, and this gives them power. For Daisy, “…it seemed to her that it was having his attention, it was feeling noticed so particularly.” Amy, normally shy, opens up under Mr. Robertson’s interested questions. “It was like drinking fresh water to be able to talk like this.”

Both writers skillfully convey the older men’s manipulations. It’s believable that the girls would be receptive to their attentions, but the reader can also see that the men’s behaviors are predatory from the start, their tastes out of bounds. Both writers make use of shifting points of view, switching between close third person of the teenage protagonists and their parents, providing reminders that the girls are understood differently by everyone in their lives. Strout even drops into Mr. Robertson’s point of view in a few key moments. (“She struck him as something entirely innocent, and bruised.”)

In researching the consequences of sexual relationships between adults and teenagers, I found the work of Lynn Phillips, a feminist social and developmental psychologist. Phillips was inspired to undertake research for her book, Flirting with Danger: Young Women’s Reflections on Sexuality and Domination (2000), because

Although it has been politically essential to assert, simply, that “no means no and yes means yes,” it is also important to explore what is not so clear in women’s experiences of their relationships and sexualities if advocacy efforts are to effectively help young women prevent and make sense of the various manifestations of sexualized aggression in their lives.

She conducted lengthy interviews with thirty students at the same college (all women) about “power and intimacy in various relationships,” deliberately avoiding mention of violence or victimization in her recruitment letters so as not to skew participation. Despite this choice, 90% of the women “described at least one encounter that fit legal definitions of rape, battering, or harassment.” However, only two of the women were willing to use such terms to describe their own experiences. The women she interviewed were consistently willing to characterize things that happened to friends as rape or abuse, but not their own experiences, preferring to say that things “went badly,” and often blaming themselves for choices they made.

In one of the interviews, a woman describes an affair she had with her high school coach when she was fifteen. She’s clear that she enjoyed the extra attention she got from him, and that she felt special when he treated her as his peer, but as time went on, she realized how much power he had over her, that her behavior in their sexual relationship would determine her place on the team. She articulates a common theme in the interview subjects’ stories—one of seeking out danger. “It was exciting that we were both, like, playing with fire, because he was married, and I was only fifteen.”

Miller and Strout’s protagonists are also jittery with excitement as they embark on their affairs. In a flash-forward, Daisy’s therapist asks her about her state of mind when she got in Duncan’s car for the first time. “I was excited,” she answers, denying, convincingly, that she was scared.

Phillips asserts that our culture “dichotomizes consent and coercion,” and she advocates powerfully, in her conclusion, for the necessity of creating a space for women to share their murkier stories. I agree, and I believe that fiction remains rich territory for these stories.

Phillips points out that women are “lacking access to a discourse of male accountability and a discourse of female pleasure without penalties. …” Certainly this lack of male accountability plays out for both Duncan and Mr. Robertson. Daisy is removed from the situation, protected by her father. Duncan is never accused. He remains married, part of her mother’s circle. Mr. Robertson, after a confrontation with Amy’s mother, leaves town. Amy and Daisy are found out, but knowledge of their secret affairs stays contained.

Both Strout and Miller, in writing these novels, explore the complexities of relationships between underage girls and adult men, and that exploration is a powerful act. The endings, in which the men get off lightly and the affairs are kept quiet, are true to life. This is the way things are. Although Strout and Miller break the silence, their protagonists’ endings adhere to the pattern Phillips cautions against. Neither girl ever names herself as a victim. Daisy speaks to a therapist about what happened, which seems to help her, but she keeps the secret from most people in her life—including her mother and sister. Amy’s mother is adamant that Mr. Robertson is horrible, a criminal, but Amy defends him and is furious with her mother for driving him off. Her mother, in a fit of rage, violently cuts off Amy’s remarkable hair, a greater punishment than she was able to visit upon Mr. Robertson. Her mother has her own story, it turns out.

Strout wrote her novel nineteen years ago, and Miller wrote hers twelve years ago. I started mine almost three years ago, for reasons that blur every time I try to look at them straight on. But this has been a strange year, a year in which an abusive man has been given a great deal of power and some powerful men have been held accountable for their abuses. Most recently, voters held Roy Moore accountable for his abuses of underage girls. I’m encouraged, but I’m not sure I fully trust in that accountability yet, and it has cost all of the victims something to tell their stories. Moore’s campaign team wrote a guide to discrediting his victims. I would like to end on an optimistic note and suggest that it’s time to try a different kind of ending to novels that deal with this plot. I would like to promise to try it myself. But I don’t know. It’s too soon to tell.