Home
»
Reading
»
John Freely and a New Generation of Expats 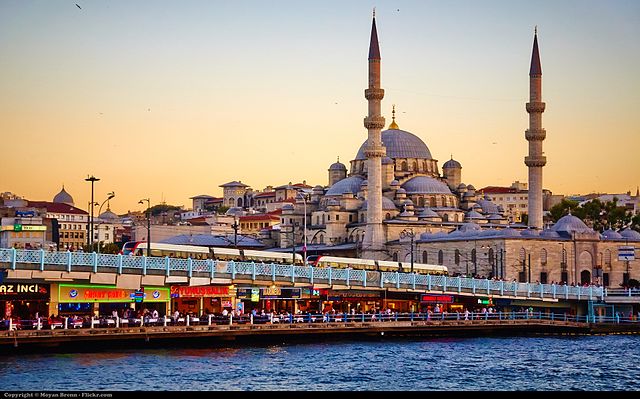 The era of the carefree expat has passed. This is not to say that being an expat is impossible today, but to say that with tightening visa requirements and economic downturns, staying abroad after initially being bitten by that desire either requires outright deliberation or hefty doses of chance.

While reading John Freely’s soon-to-be-released memoir, The Art of Exile: A Vagabond Life, I was struck by how much easier it seemed to be an expat at the time that Freely decided to live abroad. A month after meeting his future wife, Freely and Dolores “Toots” Freely, “signed a pact in blood on a parchment scroll, swearing that…[they] would spend our lives traveling together around the world on a sailboat.” This sort of romantic pact is not for everyone, but proves to be the start of a long series of travels abroad for Freely that only the late 1950s could produce.

This is not to say that travelers are no longer created in the 21st century. While Freely’s imagination was captured with an encounter with A Pictorial Journey Around the World, an illustrated travelogue that his great-grandfather, Thomas Ashe, had bought in Istanbul when he’d been discharged after the siege of Sebastopol when Freely was staying with his family in Ireland in 1933, I myself felt called to travel the world in the 1990s because my father always seemed to be off to another country every week as a child. That, and perhaps frequent quizzes during car rides on world geography, was what inspired me to want to see not only beyond suburban New Jersey, but also the whole world.

The 90s and after in New Jersey and the 30s in New York and Ireland however, are two distinct time periods for the forging of traveling dreams. The former through present was one in which the idea of being an expat dwelled in the infamous Lost Generation, not to mention all the other expats, like Freely, who came after. My generation of expat has lived inspired by a whole industry of expat fetishization, which does not address the loneliness and alienation one can feel living away from the familiar. Nor does the fetishization address what happens when a bomb seems to strike in the country in which one is residing at least twice a month for the past six months. For that one has to seek out novels such as Lawrence Durrell’s The Alexandria Quartet, or actual history texts to feel a sense of comfort in the morbid truth that others have lived through uncertain times.

For Freely, his traveling dreams came at a time when the whole expat fetish industry didn’t exist. Travelers were more commonly soldiers, and Freely himself was first abroad at 17 with the US Navy in World War II. He also certainly lived through difficult times, including the unrest of the early 70s in Turkey that resulted in the country’s second military coup in 1971. Freely notes in the context of Robert College (RC), which is now known as Boğaziçi University, that “the political situation in Turkey had degenerated into violent anarchy, and left-wing students at RC denounced the American administration of the college as an example of ‘cultural imperialism’, demanding that the school be taken over by the Turkish government.” This demand and the coup did lead to the takeover of the private institution, turning it into one of the best state universities in the country, the Harvard or Oxford of Turkey, in essence. With all that being said, the way that he and his family traveled around Greece and Turkey while frequently running to the end of his paycheck is not entirely alien to today, for I certainly know more than a few English teachers who have done that. However, the way that Freely traveled and writes about the places he’d seen for decades seems to be a near impossibility now. His work and life is more of the scope of the expats of his generation, with fellow expat, Patrick Leigh Fermor coming to mind.

Indeed, like Fermor, Freely has made a career out of being an exile, and the scope as well as the number of books he has produced attest to this and his great love for Istanbul. Most exiles by volition remain so for a short time. We frequently call them expats, a bunch that either studies abroad and stays for a while or works abroad on assignment with a cushy business person’s salary. This sort of temporary immigrant does not stay away from their point of origin longer.

The Art of Exile makes one think that to be an expat in the mid 20th century, particularly in Istanbul, was to do so in a more innocent time, one to be envied, but it also underscores that only a remarkable person could make exile a home for so many years. As a now iconic resident of Istanbul, Freely still serves as inspiration for those of us who make our lives abroad, even in troubling times. His writings bear witness to another lifetime that still whispers to those of us who wander today.