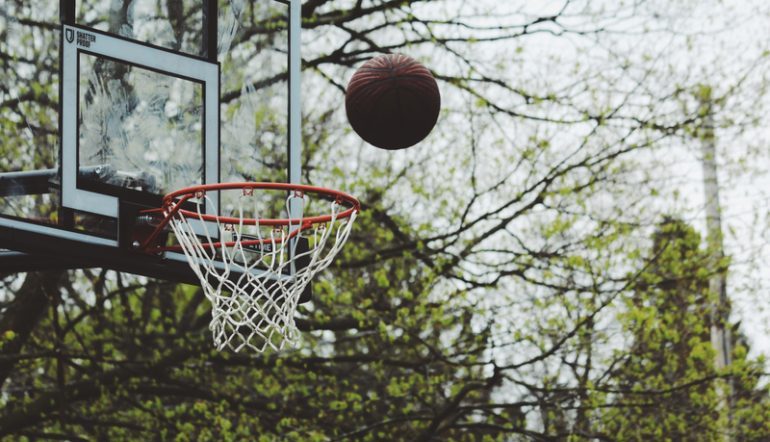 The day after I played the best game of my middle school basketball career, I read an article explaining the physics of the jump shot. According to the author, there is only a two-ounce difference in pressure between a shot that hits the front of the rim and one that hits the back. There are more than 650 muscles in the human body, so which ones are involved in generating that pressure? The author didn’t say, so I immediately went into a shooting slump while trying to figure out what muscles were responsible. It didn’t matter that I practiced various basketball-related skills for two hours a day, six days a week. It didn’t matter that before I read the article, I shot 85% from the free throw line. Once I read that article, I couldn’t get those two ounces of pressure out of my head.

If a shooting slump is possible in poetry—and I’m pretty sure it is—I found myself in the middle of one not too long ago after reading William Logan’s 2009 review of Louise Glück’s A Village Life. While Logan says nothing about the physics of poetry, he says a great deal about poetic malaise:

“Poets, being creatures of routine, tend to settle into a style sometime in their 30s and plow those acres as if they’d been cleared by their fathers’ fathers’ fathers. Read a poet’s second or third book and you will see the style of his dotage.”

He goes on to give a very brief list of poets who have avoided this: Eliot, Lowell, and Geoffrey Hill. But there certainly have to be some others—some women or non- Europeans, maybe?—who have buffeted this trend. The problem is I can’t think of very many. Gwendolyn Brooks, Adrienne Rich, and… I know there must be others.

Logan also says Glück’s work is “hilarious, in a ghoulish way—like a stand-up vampire.” Now that’s funny. If all poetry criticism cut up like that, I’d read it more often. But no matter how wry his assertion about Glück, I don’t want to agree with his overall premise about poets because the possibility of aesthetic redundancy after two books is a really uncomfortable prospect. It takes writing a whole lot of successful poems and even more unsuccessful ones to gather enough material for a single collection of poems. Most poets go through several different aesthetic focuses and strategies during that time. That’s why a poetry collection is called a collection of poems.

Even still, Logan’s critique affects me like Charlton Heston’s bare rear end in Planet of the Apes: every time I see it, I want to go to the gym. Every time I re-read Logan’s critique, I want to write something completely different from what I’ve written before. Regardless, he poses a really important question, one that poets should consider lest they start “plowing those acres”: how important is it for poets to explore new aesthetic or subjective ground?

All poets have particular enthusiasms for language that dictate word choice, simile construction, line length, and the rest. For example, I love to overuse words like “magnanimous” and “two-bit,” in three or four beat lines, even if the diction isn’t right for the poem. Since these choices are my surrogates on the page, I would need to shake loose of myself to truly shake loose of the voice. In other words, I would really have to become someone else in order to write in a different style. Otherwise, those same patterns of language, those same obsessions of subject and rhythm, would continue to bumrush my poems.

Back in eighth grade, I found my way out of the shooting slump simply by letting it go. Once I started hitting more shots, I started hitting more shots. Success in all things begets success. Sometimes you have to just trust that you know what you’re doing, that the hours spent in the gym doing the socks-shorts-swish thing translate into some better understanding of jump shots and free throws. That you can make those shots with your eyes closed.

For poets, maybe we just have to trust that all of the poems written, crumpled up, and rewritten, all of those readings attended, all of those workshops endured—all of it leads us to some more personalized and magnificent recognition of poetics. If that appreciation and vision of poetics doesn’t radically change after we are fortunate enough to publish two or three books, that’s okay. There are much worse things than being consistently poetic.

This is Adrian’s fifth post for Get Behind the Plough.