Home
»
Critical Essays
»
Karen Russell and the Art of Discomfort 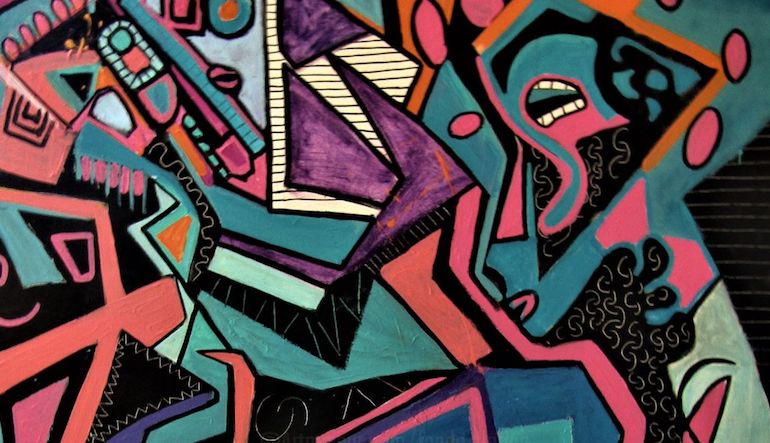 Some readers are drawn to stories that make us “uncomfortable”—without that draw, the genre of horror as it exists today wouldn’t be possible. But how does discomfort play out in a narrative? Is physical discomfort necessarily separate from emotional distress?

Karen Russell uses different types of discomfort to shape her new short story, “Orange World,” which appeared in the New Yorker earlier this summer. Rae, an expectant mother with a high-risk pregnancy, makes a deal with the devil (or, “a devil”) for the safety of her unborn child.

The story’s title refers to a method Rae learns for evaluating risky situations as a parent. In contrast with the preferred state of “Green World,” where there are fewer safety risks for infants, “Orange World”—the real world—is full of hazards:

“Orange World,” the New Parents Educator says, “is where most of us live.”

She shows a slide: a smiling baby with a magenta birthmark hooping her eye. No—a burn mark. The slides jump back in time, to the irreversible error. Here is the sleepy father, holding a teapot.

Orange World is a nest of tangled electrical cords and open drawers filled with steak knives. It’s a baby’s fat hand hovering over the blushing coils of a toaster oven. It’s a crib purchased used.

Here, mundane objects and actions become imbued with disastrous potential. The sonic resonance of “birthmark” and “burn mark” invokes that heightened sense of vulnerability where the difference between danger and safety can be exceptionally slim. But what makes a certain amount of risk normal or natural, and what makes that risk unacceptable?

This early passage sets the tone for a story that is repeatedly marked by unease, especially Rae’s physical and emotional discomfort with nursing. After the baby is born, she has to crouch down in a gutter every night to breastfeed the devil-creature:

Rae lowers onto an elbow, stretching flat. Asphalt pushes at her shoulders, her tailbone….It lays its triangular head on her collarbone, using its thin-fingered paws to squeeze milk from her left breast into its hairy snout. Its tail curls around her waist. Unlike her son, the devil hasdozens of irregular teeth, fanged and broken, in three rows; some lie flat against the gums, like bright arrowheads in green mud. Its lips make a cold collar around her nipple.

Here, the practical discomfort of how Rae has to angle her body toward the gutter amplifies the (already severe) discomfort of breastfeeding itself. Russell is working with imagery that overlays the “naturalness” of nursing with the unnatural—or, rather, supernatural—presence of the creature. Even the smaller-scale word choices reinforce this clash; “thin-fingered paws,” for example, strikes a dissonant chord. Paws and fingers are both natural, but the idea of paws having thin fingers suddenly pushes the image into a space of uncanny horror.

While breastfeeding is the major source and symbol of discomfort in “Orange World,” Russell’s repeated portrayal of Rae’s social anxiety brings forward a different perspective. We have to think about how people can heighten each other’s discomfort without even meaning to, by proximity or by the smallest of interactions. The things spoken in conversations—or those unspoken—can cause as much unease for Rae as nursing a devil.

Rae has “never made it this far into a pregnancy before,” and her experiences in the parenting classes while pregnant are marked by that potential loss. Poignantly referencing these implied miscarriages of the past, Russell writes: “In this crowded room of cheerful, expectant people, there is no space to say, ‘I don’t know if there will be a baby.’” Similarly, Rae feels unease on the phone with her mother, even though they are very emotionally close: “There is no natural moment in the conversation to say, ‘Mother, the devil has me.’” In both of these moments, there is a sense of powerlessness in searching for a “natural” moment to say what she needs to say.

For Rae, the universal fear of the unknown is inextricably linked with the all too well-known risks of parenting an infant, along with all the tragic anecdotes that justify the fear for one’s child as completely rational:

Next, they watch a parental horror movie in photo stills, titled “Red World.” The Educator, in her bright Australian accent, encourages them to imagine babies falling down stairwells and elevator chutes. Speared by metal and flung from passenger seats. Drowning in toilet bowls and choking on grapes.

These are real-life threats, real-life possibilities. The many-layered types of discomfort in “Orange World” come together into a story that outlines the difficulty of giving love, especially motherly love, when that love is always accompanied by a fear of loss. Meanwhile, the looming figure of the devil-creature complicates the distinction between rational versus irrational fear. It reminds us that the act of contemplating risks is always necessarily a form of fortune-telling, of guessing at a future that still doesn’t exist—in a way, rendering fear itself as an act of speculative fiction.