Home
»
Series
»
The Readers: Katy Waldman and the Uses of Wit 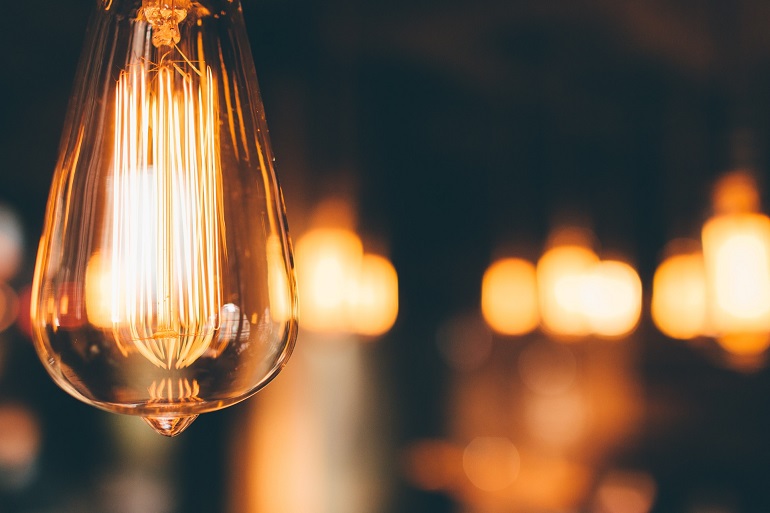 I once cracked a joke about Jesus in high school, meant for my two friends in the desks adjacent. Chatty and obvious, seventeen-year-old me said it a little louder than he should have.

I’m not sure I subscribe to that aphorism anymore, but there are certainly times when satirical humor seems more useful than dry insight. I don’t practice any religion now, unless you count the exceedingly ordinary ritual of watching the newest SNL episode every Sunday morning in my pajamas, but I still make a lot of Jesus jokes. It helps me draw a line between the present and the past, maybe fold myself into the daily absurdities of grown-up life. Does that mean I’ve mastered my relationship with Catholicism, with the ways we both pulled away from each other? Not at all. But I like to think humor, more so than a pretense of seriousness, can be an efficient tool for mapping out those unknowns.

In literary criticism, there is plenty of work done about humor, about the pithy asides in Elizabethan theater or the cackle-inducing observations of Zadie Smith’s novels, but (in my super limited range of experience, admittedly) the humor in book reviews is usually limited to one throwaway pop culture reference or a tone of snark rather than, say, its explicit counterpart.

Herein chargeth the Internet. For the young, left-leaning reader, there are plenty of smart literary voices online to choose from, but I often find myself gravitating toward the work of Katy Waldman, a staff writer at Slate. They are a fixture on the website’s Audio Book Club podcast, where they share an hour of in-depth conversations about a new book’s various elements with other Slate writers and editors (think really smart people focusing their laser-like intelligence on a single work with pretty satisfying results). Waldman broadly covers politics and pop culture, but their literary criticism offers some of the freshest takes on books that you are likely to find anywhere.

I first found my way to Waldman’s writing back in December 2015, when they penned an essay about their personal struggle with anorexia and, more generally, how eating disorders are culturally represented. The essay is serious, of course, but its relentless self-scrutiny reveals how seriousness, like the register of comedy, is a practiced performance. It shows how these pursuits of interestingness—beauty out of supposed ugliness, irony out of earnestness—have real cost. In Waldman’s case, starvation was a way “to acquire that old classical capability: metamorphosis. We tell stories for the same reason—to transform, elevate, and save.” Sometimes the creator wants to be the creation.

Comments are closed on that particular piece, and I can only fathom what was written in response to the essay. The Internet’s players still struggle with female storytellers. I Googled “Katy Waldman” and read Reddit comments varying on a patriarchal theme; even Google’s algorithms suggested “Katy Waldman vocal fry” as another common search item. As someone who struggles with their so-called “gay voice,” I found a familiar sting there.

Given this fraught context, Waldman’s writing feels all the funnier and more potent. Of course there’s an element of clickbait here: I couldn’t stop smiling for a day after reading their article headlined “Donald Trump’s Horrifying Signature Is a Cry for Help.” It’s hard to say how much of these decisions are made by an editor, the writer, or both. Other recent articles on Donald Trump’s administration may seem like typical political coverage, but Waldman frequently changes their purchase on the milieu, examining both a political occurrence and the way media responds to it. There’s an agency in that which shouldn’t go unnoticed, I think. They write in one piece, for example, the way anti-Trump essays written by online “influencers” can sometimes harm more than help progressive efforts, revealing how think-pieces can often serve as intellectual thirst-traps for the rising millennial digerati.

As Waldman recently said in an Audio Book Club episode about Michael Chabon’s Moonglow, humor in a piece of fiction can be a “humbler form of virtuosity.” It takes a different kind of facility. Waldman effectively wields this “virtuosity” in nonfiction, I think, particularly in a recent review of Siri Hustvedt’s new collection of essays, A Woman Looking At Men Looking At Women. There’s a reverence and candor in the voice, an honesty that feels slightly subversive. It’s clear that Waldman has grappled with the book and Hustvedt’s fierce, wide-ranging intelligence, but they also consider this intelligence, with its spoils, to be the collection’s tragic flaw. “I lost count of the number of times,” Waldman writes, “[Hustvedt] quotes her own work, name-drops famous friends, relays compliments she’s received, or draws our attention to the idiocy of some rival.” To Waldman, Hustvedt’s essays are interested in Hustvedt’s interestingness more than anything else, writing, “there is a lot of performative contemplation here, during which the occasion for and specifics of the chin stroking seem to matter less than the fact that the author is stroking her chin.” It’s a criminally good line, and strikes a balance between a pithy, scorched-earth sensibility and tested equanimity. Even with the attention-grabbing headlines, the reviews patiently build up to these clever flourishes.

Waldman has so many other pieces I want to mention, like their reflection on the economics of publishing controversial titles after Milo Yiannopoulos, the alt-right’s frosty-haired provocateur, signed a book deal with Simon & Schuster. The writer offers a balanced perspective in ideologically-polarizing situations, but doesn’t entirely play devil’s advocate, managing to avoid trying on the prejudices of a narrower mind.

With a finger to the pulse of contemporary literature, its texts both on the page and off, Katy Waldman manages to do the most daring thing: invite us into the comedy of letters that is so often coded for a certain type of reader, for a certain type of citizen. If it is possible to master a thing like reading critically, to combine humor and nerve in the pursuit of that Great Secret Truth I mentioned way back, then surely Waldman is a contender.