Home
»
Reading
»
Keeping the Faith: How Anne Lamott Can Save Your Life 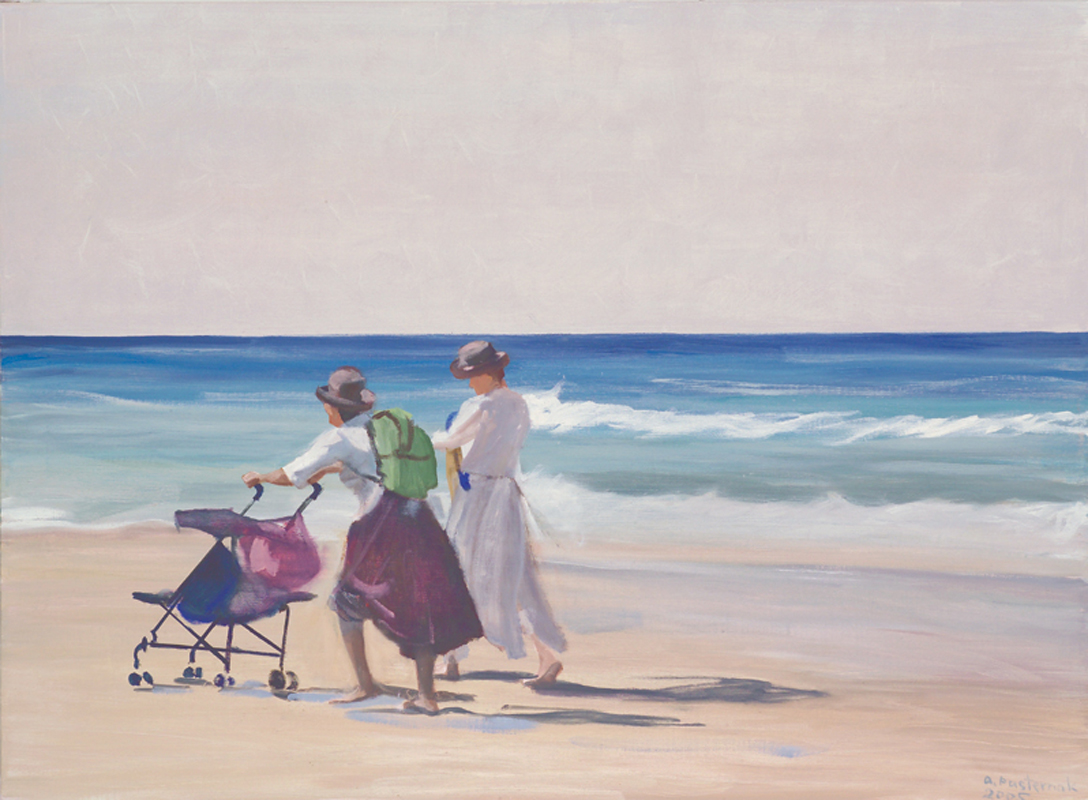 Last summer, when my baby was four months old, we traveled to Israel to visit our families. My husband and I had been moving around the East Coast for several years–from Princeton to Brooklyn just before our trip. We were still figuring out our son’s schedule, nutritional needs, likes and dislikes. He was still figuring them out. He arrived in Israel a timid back-sleeper who was unused to large groups of people, but left the country a confident, outgoing belly-sleeper who loved dogs.

I, too, had changed. I’d arrived in Israel accustomed to going it alone during the day when my husband was at work, and incredibly susceptible to any kind of criticism. My friends back home kept telling me what a hero I was for raising a child with my parents living so far away, but I didn’t know any other way to do it. By the time we landed back in JFK, however, I’d tasted the bittersweet flavor of having a village: there was the price of hearing what others thought about my parenting habits, but also the reward of constant available help. For the first time since my child was born, I could take unscheduled breaks to nap, work, or just sit alone in a room.

Back in Brooklyn, I suddenly felt I had it harder than I’d previously thought. My husband and I had agreed to have a baby together, but now, by virtue of my breastfeeding and being self-employed, I found myself the primary caretaker of a child who hated being left alone in a room even for a minute and still didn’t know how to nap by himself. I felt cheated, tricked out of something I’d only recently learned I could have. Though my husband was as involved and as supportive as he could be, even during those hours that he was at work, and my family back in Israel as warm and loving as a family can be via Skype, I still felt very lonely. We were new to the neighborhood and new to this life. I needed some empathy, stat.

Feeling nostalgic for Princeton—a place I’d lived in only briefly, but which was made precious by the birth of my son—I pulled a book I’d bought at Labyrinth Books off the shelf: Anne Lamott’s Operating Instructions: A Journal of My Son’s First Year. I thought I’d find a cutesy log of baby milestones with some sleep deprivation and diaper blowout commiseration thrown in for good measure. Instead, I had tapped a fountain of unadulterated candor. Lamott had no qualms about calling her baby out for being an asshole (“I’m afraid I’m going to have to let him go. He’s an awful baby. I hate him. He’s scum. . . . Also, I don’t think I like babies”) or revealing the extent to which having him had changed her body (“When I lie on my side in bed, my stomach lies politely beside me, like a puppy.”). On the other hand, she was unapologetically ecstatic about small rewards—her newborn sleeping for four-hour stretches or entertaining himself for twenty minutes at a time.

Circumstantially speaking, Lamott’s experience had very little to do with mine. She was a Christian single mother living in a tiny house accessible by about a million steps. On top of that, she was strapped for cash and a rehabilitated addict. The specifics of her parenting experience highlighted my privilege as a mother: having a loving partner, a ground-floor apartment, a modest yet sufficient income, and no substance abuse history to speak of. It was hard for me, a culturally-Jewish-but-otherwise-totally-secular person, to connect with her musings about Jesus Christ, but her insights into the ways in which God often brings one’s world crashing down before leading them back to love were impossible to ignore. Lamott’s Christianity was an inspired allegory for what becoming a parent does: your newborn may look tender, but they have the necessary muscle tone to crush our egos into dust. Devoid of our previous sense of self-worth, we attempt, limbs flailing, to recognize our new identities as creatures newly devoted to a very needy, very selfish life form. Reading about her intense craving for booze during those long, sleepless nights, I understood for the first time the famous writers’ workshop quandary: “What’s at stake for the protagonist?” For Lamott, even momentary indulgence would spell disaster: her son was what was at stake.

But putting aside for a moment the differences in our circumstances, I recognized a lot of myself in Lamott’s struggles and joys. The exhaustion, the infatuation, the obsessive thoughts, and the constant soundtrack of self-judgment and self-blame (which Lamott calls “Radio KFKD” or “K-Fucked”) were so familiar I sometimes felt out of breath. It was like looking into a brutally honest, yet heartbreakingly kind-hearted mirror. Lamott writes, “One of the worst things about being a parent, for me, is the self-discovery, the being face to face with one’s secret insanity and brokenness and rage.” But she also writes:

When Sam’s having a hard time and being a total baby about the whole thing, I feel so much frustration and rage and self-doubt and worry that it’s like a mini-breakdown. I feel like my mind becomes a lake full of ugly fish and big clumps of algae and coral, of feelings and unhappy memories and rehearsals for future difficulties and failures. I paddle around in it like some crazy old dog, and then I remember that there’s a float in the middle of the lake and I can swim out to it and lie down in the sun. That float is about being loved, by my friends and by God and even sort of by me. And so I lie there and get warm and dry off, and I guess I get bored or else it is human nature because after a while I jump back into the lake, into all that crap. I guess the solution is just to keep trying to get back to the float. This morning Sam woke at 4:00.

Other than humans’ natural tendency toward strife, this quote crystalizes what to me is the most disorienting duality of motherhood: I can spend all day long thinking, “Somebody please take this baby off my hands!” only to become upsettingly needy when someone finally does.

I was, and still am, in awe of Lamott’s gift for finding and offering hope, kindness, and empathy. “I naively believe,” she writes, “that self-love is eighty percent of the solution, that it helps beyond words to take yourself through the day as you would with your most beloved mental-patient relative, with great humor and lots of small treats.” Throughout her son’s first year of life, she surrounds herself with a community of loving friends and relatives, allowing herself to enjoy breaks when they come and allowing them to enjoy her child. She is not ambivalent about accepting help; not plagued, as I often am, by the need to prove she can do it herself. It is as if her goal in life is to be as invested in the world, in other people, as possible. When an opportunity for grace comes her way, she takes it: nursing her son outside in the moonlight, taking a long bath, writing. More important, her scarred, mistreated heart is completely open. She accepts love, tearful joy, rage, frustration, indifference, and all the other emotions motherhood brings for what they are. She struggles with guilt as much as the next woman, but then she just comes out and says it. She speaks her mind and she spoke mine, and in that she has given me the gift of being a little less alone.