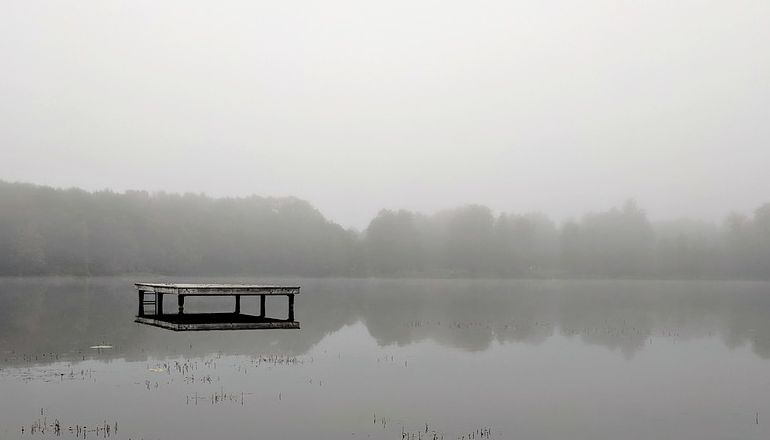 In the spring of my freshman year, my body began to give out. Uncontrollable convulsions took over, leaving me unable to walk in the worst moments. I could vaguely sense when these convulsions were coming on, so I would try to get back to my dorm room or—at the very least—away from communal areas before they happened. After weeks of blackouts, body tremors, and multiple doctor visits, I ended up in an epilepsy ward for three days, hooked up to machines and monitored around the clock. By the end of the three days, a neurologist explained that I had been experiencing non-epileptic seizures and that they were part and parcel of Post-Traumatic Stress Disorder. After hearing a brief sketch of my childhood, he assured me that this situation is manageable and what I needed was talk therapy.

In that moment, I was shocked at how my body had betrayed me. In retrospect, however, the timeline of my mental breakdown makes sense. How else does the body compress decades of abuse by a father with life-long alcoholism and drug addiction who had also become addicted to opioids and heroin? In many ways, I didn’t know how to talk about any of this, even to myself. In journals throughout my childhood and adolescence, I see fragmented paragraphs spiraling into incoherent repetition, a younger version of myself trying to use any framework—religion, literature, pop culture—to settle the darkness inside.

What I didn’t realize back then was that those of us who experience trauma find it difficult to put our experience into words in the first place. Many of us flounder, sputter, or stay silent, at a loss for how to adequately translate our experience into language. In the popular study on trauma and the mind The Body Keeps the Score, Dr. Bessel van der Kolk details trauma experienced by those ranging from soldiers in Patton’s army to victims of child abuse and neglect. This passage is underlined in my copy:

Even years later traumatized people often have enormous difficulty telling other people what has happened to them. Their bodies reexperience terror, rage, and helplessness, as well as the impasse to fight or flee, but these feelings are almost impossible to articulate. Trauma by nature drives us to the edge of comprehension, cutting us off form language based on common experience of an imaginable past.

Part of the healing process is learning how to talk about the experience itself, learning the language of trauma to help articulate something of the turmoil or numbness inside. There will rarely be a perfect analogue out there—each of our traumas are our own burdens to carry and each of us has made sense of that trauma differently. As I worked through my healing process, I came to realize that I wanted to feel less alone—I wanted to believe that there were others out there who understood how I felt. I wanted to know that what was done to me did not make me ugly inside and did not make me undesirable as a friend or a partner.

At the time, there were no memoirs mirroring what I went through; the opioid crisis did not garner attention until years later. So, I sought out authors who thought through their experiences in a way similar to what I was attempting to do. Alexander Chee was one such writer. In an essay titled “The Guardians,” he writes descriptions of coping—the way his mind skipped over certain associations or drew self-preserving blanks for a number of years—of how what was done to you as a child is not about a taking away of something, but about what is left behind in the wake of that abuse—all of this resonated with me like a bell rung at just the right pitch. Chee writes of the experience of sexual abuse as a child, saying, “it isn’t like someone entering your house and stealing something from you. Instead, someone leaves something with you that grows until it replaces you.”

I had kept the trauma from everyone I knew, aside from my mother and my brother, who lived through it all with me. I kept silent because I felt that this—the abuse—was all there was to me.

But coming to terms with trauma doesn’t end when you find the words to describe what you went through. There is a reckoning that happens afterward, both in terms of how you negotiate with the past and how you try to navigate the future, or as much of it as you can see. What many of us want, in terms of outcomes or justice, is often different from what someone who has not been through trauma would expect. That, too, can create a sense of isolation or a feeling that you might not be quite “okay” yet. Because, these people ask, why wouldn’t you want that person to suffer for their crimes? And in some sense this is true—why wouldn’t I want “justice”?

In the titular essay in The Reckonings, Lacy M. Johnson touches on the brutal treatment she survived by a man she once loved and the impact her choice to share this trauma had on her readers. After readings, audience members would inevitably ask: “What would you want to have happen to him?”—a question I have heard, too, in various iterations.

Punishment never felt like the right word for what I wanted for my father. Yet I struggled to articulate what it was that I wanted from him or from the situation until I came across Johnson’s answer: a reckoning. She writes, “I don’t want him dead. I don’t want him to suffer. More pain creates more sorrow, sometimes generations of sorrow, and it amplifies injustice rather than cancels it out. I want to let go of my anger and fear and pain. I want to let go of the hatred and enmity and spite. I want that shut place to open. The ending I want is inside.” This passage and all of her meditations on trauma, justice, and mercy, clicked the last piece of the puzzle in place for me. For me, justice is the fact that I am still alive and that I am here writing about it at all, maintaining control over my own life and my own story.

My therapist was the first person I told everything to. After my time in the epilepsy ward, I began working through what landed me there and I learned that the shame that kept me silent wasn’t my shame to carry at all. I learned that I could speak about my experiences, but I also learned that healing takes a great deal of time and that speech is a skill one must continually practice.

Eventually, I grew better at telling my story, though I was very protective about who I told.

I had a group of friends, all of us girls, who had been close since elementary school. We had instituted a weekly movie night during the summer after our first year of college as a way to reconnect and enjoy each other’s company. One night the movie ended and the five of us continued chatting. I don’t know what precipitated the initial reveal but, before I knew it, everything was pouring out of me. I told them about what I had gone through, what I had hid from them during our entire childhood, and why I had ended up in that hospital. I remember fearing what they would say, that they wouldn’t want to hear it or would be as repulsed by me as I so often was of myself in these moments. Instead, they moved in closer and listened.

Then, they also began to talk.

I discovered that each of us had something that burdened us. I realized that one of us opening up had a domino effect, and as a result, we each felt safe, we each felt less alone, and we each felt able to share whatever it was that made us feel so heavy.

In his essay “The Artist’s Struggle for Integrity,” James Baldwin touches on this connective, kinship element of pain. He writes,

You must understand that your pain is trivial except insofar as you can use it to connect with other people’s pain; and insofar as you can do that with your pain, you can be released from it, and then hopefully it works the other way around too; insofar as I can tell you what it is to suffer, perhaps I can help you suffer less.